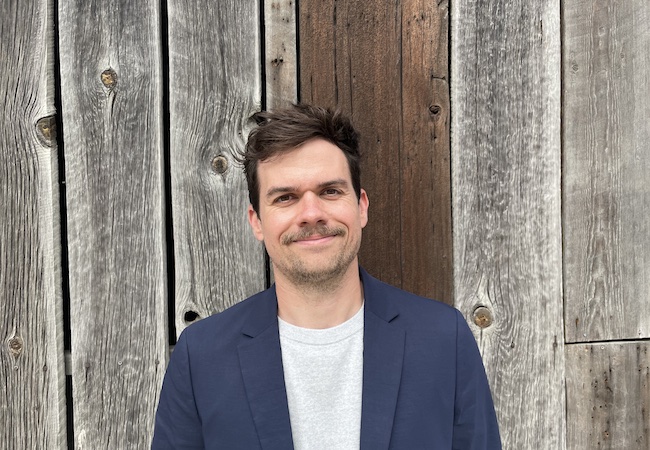 Loki creator Michael Waldron proudly lists influences that you can probably see when you watch his show — from Mad Men to  Indiana Jones to Star Wars to Nora Ephron. But one influence you may have missed is the beloved Bill Watterson comic strip Calvin and Hobbes, about a rambunctious boy and the stuffed tiger only he can dream to life.

Waldron, who at 33 is already not only running a Disney Plus show but also writing the upcoming Marvel film Doctor Strange in the Multiverse of Madness and a secret Star Wars project, describes his rise as a writer in the latest MovieMaker podcast, available on Spotify or above or wherever you get podcasts.

He credits much of it to his very clever method of getting more face time with Community and Rick and Morty creator Dan Harmon when he worked with him as an intern, but we’ll let him tell the story.

All Newsletters Are Awful — Except Ours. Sign Up Here

Waldron seized the opportunity after knowing he wanted to write from an early age. A story called “Jim the Fat Cat” that he wrote in third grade contains many of the subjects that would continue to fascinate him, from TV to wrestling.

Another feline was also important to his creative evolution.

“For probably 10 years straight I was just always reading Calvin and Hobbes, on just repeat. Never not reading it. Because there’s so much of it. By the time you get to the end, you’ve kind of forgotten it. And so Bill Watterson was a huge influence, just in joke-telling and storytelling, and making me want to write like that.”

Calvin and Hobbes is a very special comic strip: Watterson wrote and meticulously drew its gorgeous, understated panels from 1985 to 1995, before announcing that he had “done what I can do within the constraints of daily deadlines and small panels.” He never allowed it to be commercialized or cheapened with cheesy products or tie-ins, and has avoided publicity and entreaties to revive the characters.

The tone of Calvin and Hobbes, like the tone of Loki, can be hard to describe, but we asked Waldron to try.

“It’s just a very particular blend of at times cynical, very self-aware humor, and kind of — not jaded, but just not afraid to be cynical humor, but with heart,” he explains.

“It doesn’t pull punches, but it’s also not afraid of being sweet. I think that’s why, later in life, I was drawn to Community and  Harmon’s writing. Rick and Morty is a show that can be very nihilistic in a way that Calvin and Hobbes could be,” Waldron continues. “Sometimes Calvin and Hobbes can feel very nihilistic. But it also isn’t afraid to go to a place where it makes you cry because a baby raccoon died.”

“And Rick and Morty isn’t afraid to make you feel stuff. And so a lot of times, it’s like nihilism and heart are mutually exclusive in things, and the cool thing, maybe, that I took to with Bill Watterson, was it felt like they could they could really work together.”

Some of the most emotional scenes in Loki, for example, take place between Loki (Tom Hiddleston) and Sylvie (Sophia Di Martino) on the moon of Lamentis, as its apocalypse draws near. Throughout the show, which airs its season finale on Wednesday, Loki learns to move past his fatalistic attitude (he notes in Episode 4 that he’s already died countless times) and to become invested in the possibility of a relationship with Sylvie and friendship with Mobius (Owen Wilson). He forms some of his closest attachments in the most hopeless moments.

As the finale approaches, Waldron says the guiding principle of the show’s writing so far has been that audiences are smart, and that the show needs to be aware of what they know. One major reveal took place in Episode 4, when another show might have used it in the finale. What will happen in the season finale of Loki feels impossible to predict.

“You try to kind of put yourself in the shoes of the audience, and not let the audience be ahead of you or your story for too long,” Waldron says. “At the same time there, I think there’s a sweet spot where the audience does catch up or kind of knows, and you want to live in that freefall. And let the characters live in that for a little bit.”

Waldron wasn’t overwhelmed by the prospect of telling a story in the Marvel Universe, because he didn’t read many comics growing up. But he did grow up a huge Star Wars fan. How does he handle the pressure of working on Marvel chief Kevin Feige’s upcoming Star Wars project?

“Well, it helps,” he jokes, “that I guess I’ve been dreaming about doing that my entire life.”

The season finale of Loki, created for television by Michael Waldron, streams Wednesday on Disney Plus.