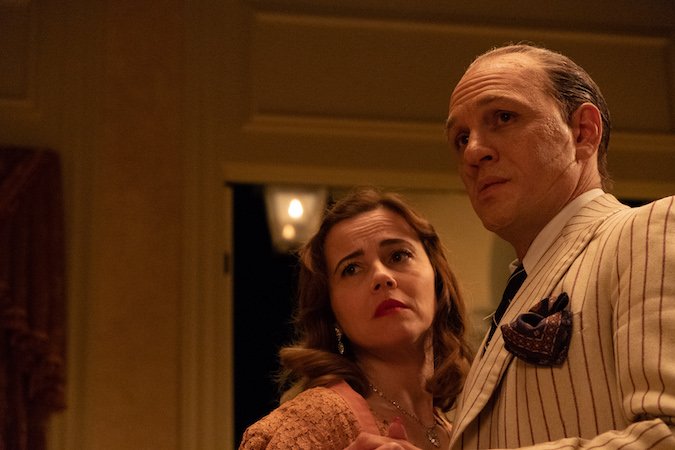 In today’s Movie News: The whiplash career of Capone director Josh Trank; the painting that inspired Gladiator; and the numbers behind Hollywood executives’ COVID-19 pay cuts. Plus: Why Sweden probably isn’t the answer to your filmmaking prayers.

Josh Trank: A few years ago, Josh Trank was a struggling filmmaker determined to make his first movie by age 27. Polygon‘s Matt Patches has a fantastic 11,000-word piece that tracks how he achieved that goal with the stunning success of Chronicle, only to suffer the stinging failure of his next film, The Fantastic Four. The story follows Trank from making a $100 viral short about a lightsaber fight to getting — and losing — a Star Wars movie. Trank’s latest, Capone (pictured above), is out May 12 and chronicles the gangster’s pathetic life post-prison. Patches’ story also has the best title we’ve seen in a long time: “The Post-Disaster Artist.”

Can You Shoot in Sweden?: Sweden is a beautiful country full of English-speaking actors and very capable crews —and it isn’t under the kind of mandatory quarantines as much of the world. So can you shoot your movie there? Probably not. Check out the first of several stories we’re doing on why shooting options remain limited.

You Can Still Make a Cartoon Though: Netflix’s psychedelic animated series The Midnight Gospel may be the ideal kind of show to make in the near future: It asks the big questions in life without requiring any actors to get too close to each other. The NBC series The Blacklist has already gone animated for an episode in response to COVID-19.

Ka-Ching: “Hollywood CEOs ‘Sacrifice’ Base Pay, Yet Keep Big Bonuses” is the headline of a Hollywood Reporter story that may sadden you. It includes speculation that some executives just might be giving up salaries for the sake of good PR while holding onto much bigger money.

Magic: As part of our weeklong look at documentaries that deserve distribution, we direct your attention to Alexis Manya Spraic’s M for Magic, which traces the history of Hollywood’s Magic Castle, a mecca for magicians and the people who love them. The film was supposed to premiere at SXSW, where we have no doubt it would have been enthusiastically received, but then things happened. 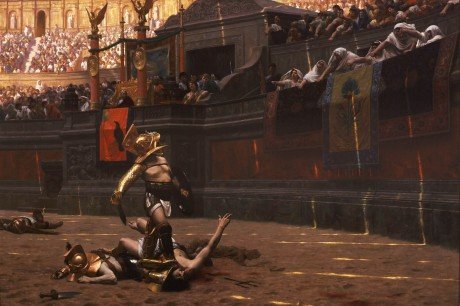 The Painting That Inspired Gladiator: Ridley Scott tells Variety for a 20th anniversary look back at Gladiator that he signed on to the Russell Crowe film after seeing a “a picture of a painting by a fellow called Jean-Léon Gérôme [of an] armored man with the tuna-fork that would kill you, standing over a netted victim.” Variety says the painting is “Pollice Verso,” so we Googled it, and it’s to the left, and the scene Ridley Scott describes isn’t exactly what’s portrayed in the painting, but look, Gladiator won Best Picture so obviously things worked out okay. Another highlight of the story: screenwriter David Franzoni describes the “very 60s way” everyone collaborated.

Team Deakins: Celebrated cinematographer Roger Deakins has a podcast now with his wife and collaborator James Deakins. It includes answering questions from moviemakers… like you?

And now, a gentle reminder of the more innocent days of yesterday’s movie news.