Can You Film in Sweden During the Quarantine? 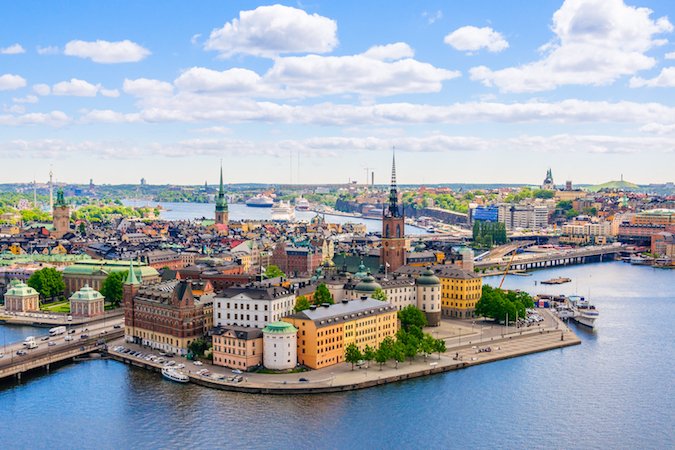 Can you film in Sweden during the quarantine? It’s a question some filmmakers are asking themselves as they explore every potential avenue for moviemaking during the COVID-19 pandemic. Sweden has drawn wide attention for not instilling the kinds of strict lockdowns instituted in most U.S. states and much of Europe. And some filming is taking place there.

But for a host of reasons we’ll go into below, shooting in Sweden is probably not an option now for American filmmakers. It may be more viable for some European productions.

This story is the first of several by MovieMaker to help determine where, if anywhere, you can still film during quarantine — and to help you rule out what you may think are potential options. It should be obvious to everyone by now that international travel, and even leaving home, carries risks.

The first question you should ask, if you’re wondering if you can film, is whether you should. Attorney David Pierce said in a recent online legal clinic presented by Slamdance and MovieMaker that ethical and medical decisions are more important, in this case, than legal ones.

“You’ve got to look at your basic jurisdiction on what the essential job functions are,” Pierce said. “Even if you can, should you? You want to be good citizens. Now is the time to take the break. Focus on development. Focus on your post-production. Do you really want to put people out there? Do you really want to jeopardize your crew?”

“Anybody that can, works from home,” he said, speaking from his home. “We go and try to shop when there’s not a lot of people. … We’re very compliant.”

In normal times, Sweden has obvious appeal as a location. It has gorgeous landscapes and architecture. It’s a cooperative, open-minded, well-run country. Stockholm can double for many other cities, but retains its own aesthetic in which cozy wintry comforts and sleek modernism balance one another. And many Swedes speak excellent English with hardly a trace of an accent. Midsommar and The Girl in the Spider’s Web are among recent films shot there. 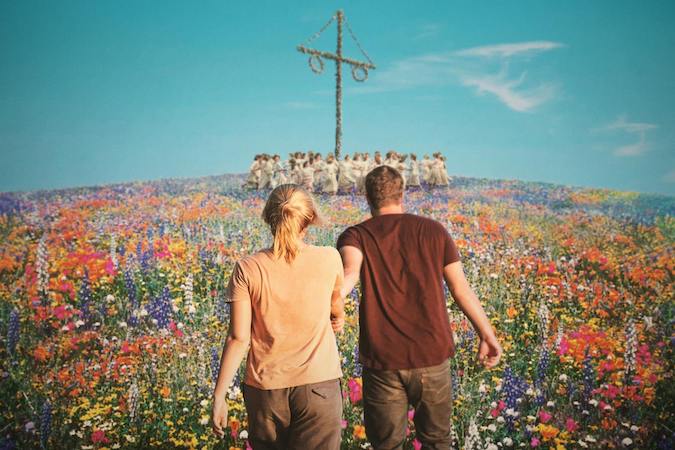 A scene from Midsommar. The main image of Stockholm, above, is from Shutterstock.

If you’re in the United States, you’ll notice that flights to Sweden are available online, at the moment. But you’ll want to have long talks with an airline agent and U.S. Embassy officials before you consider booking one.

Chilla said Sweden allows visitors from its fellow European Union countries, but that some of those countries have their own travel restrictions.

All that said, Swedish productions are continuing, mostly for smaller projects, though Chilla notes that the amount of production is below normal.

Still, there is a way filmmakers in other countries can benefit from Sweden’s continued production at a time when sound stages are shuttered in many other parts of the world: You can hire an excellent Swedish team without leaving your home.

One option is to direct via Zoom or Skype. (Here’s a story about two Los Angeles-based filmmakers who directed actors in Rwanda and India.) Or you can hire a Swedish director to shoot your script for you.

“I mean, if you make a large drama, you don’t want to do that,” Chilla said. “If you wanted to do a corporate film, you could do that. It depends on the size of the production.”

Swedish crews are taking all the precautions you would expect. Chilla said productions are building in extra sick days if anyone needs them, placing restrictions around craft services, hiring on-set nurses who take regular temperatures, and maintaining social distancing, among other measures. No one is shooting crowd scenes.

With rules constantly changing, Chilla recommends anyone interested in shooting in Sweden contact the Stockholm film commission, which will happily connect filmmakers with local crews and guides.