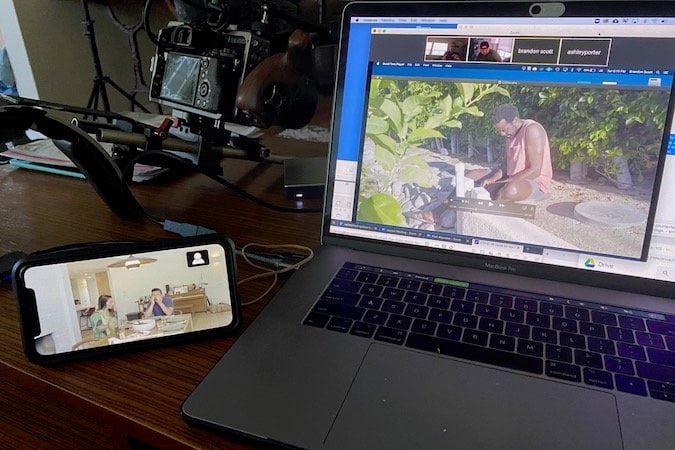 Like almost everyone in the entertainment industry, Matthew Leutwyler and Anton Laines wondered how they could keep telling stories while under quarantine. What they’ve come up with is Disconnected, a new eight-episode online series about the quarantine, shot while the participants quarantined in Los Angeles, Palm Springs, New York, Iowa, the U.K., India, and Rwanda — without breaking any rules around social distancing.

They did it with a lot of coordination, editing, and ingenuity. They used the best cameras available — which in one case was an iPhone 6 — and enlisted families of actors who were quarantining together. Disconnected isn’t so much “timely” as immediate. The first episode briefly shows a news conference with President Trump from only a few days ago.

While many moviemakers are devoting their time to writing and editing — activities they can do on their own — Leutwyler and Laines took on a global story, with a Stephen Soderbergh kind of ambition and scope, to tell the story of life under quarantine before any of us know how it ends. New episodes will air weekly on YouTube, and the first is below.

The series is built around several friends — connected through their work with a charity in the Congo — who are tested in dramatic ways by the COVID-19 pandemic. A Hollywood producer gets in touch with his survivalist side; an ex-con tries to re-sell stolen PPEs; a Chinese actress’ diva tendencies become harder to accommodate.

Leutwyler and Laines consider the project an experiment in filmmaking, under what many consider impossible restrictions. The series is so well-shot that you might not even notice it was shot under tight quarantine — unless, of course, you spend the entire series wondering how they did it, which of course you will. 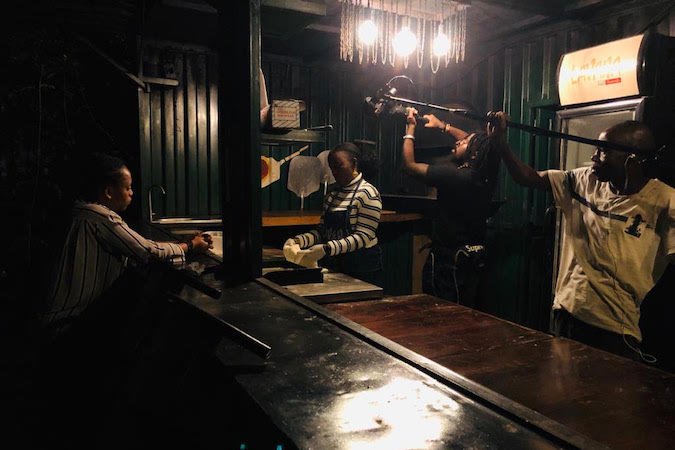 Leutwyler and Laines, who first worked together on Leutwyler’s 2004 comedy/horror/musical Dead and Breakfast, led the project from Los Angeles. Here’s how the team got some of the footage:

“Everyone uploads their footage to a Google drive and then our editor, Will Gordon, has the unenviable task of wrangling it all and synching it,” Leutwyler said. “Our colorist, Adrian, had a hell of a time getting it to look consistent but it’s all part of this crazy experiment.” 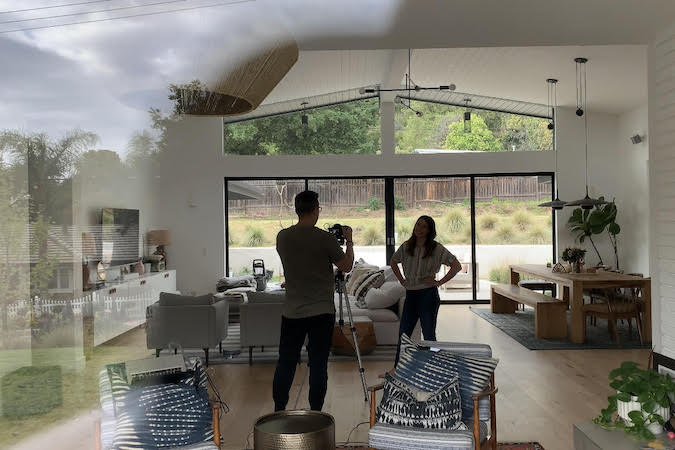 Disconnected actors Erik Palladino and Jaime Lee Palladino shoot at their house in Los Angeles while Matthew Leutwyler assists from outside their window. 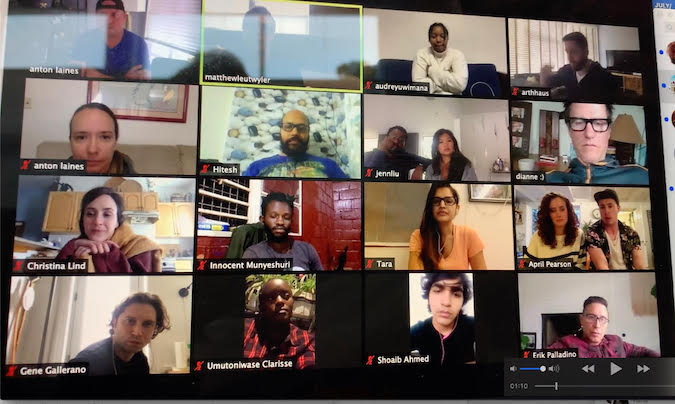 You can watch the first episode of Disconnected here: