The Blue Bird: When Jane Fonda, Elizabeth Taylor and Cicely Tyson Made a U.S.-Soviet Cinematic Flop 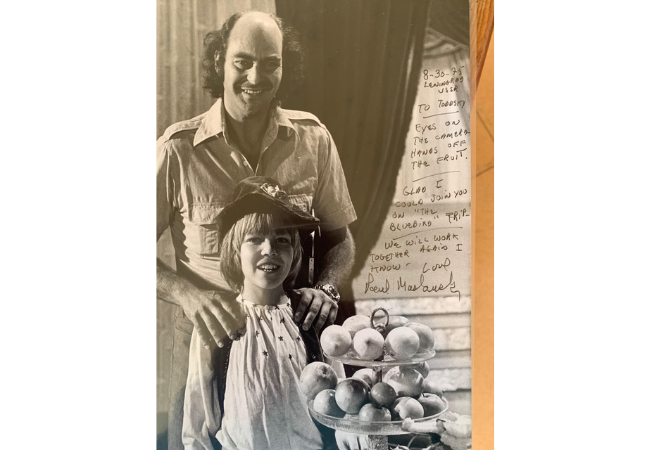 In the mid-1970s, the Cold War between the United States and the Soviet Union thawed a bit when a huge cast of Western actors — including Elizabeth Taylor, Ava Gardner, Cicely Tyson and Jane Fonda — flew to Leningrad to make a big-budget motion picture co-produced by both countries. What could possibly go wrong?

The Blue Bird, a popular play by Belgian playwright Maurice Maeterlinck, tells the story of two children who journey across magical lands and meet mythical creatures while searching for the Blue Bird of Happiness — only to discover that it was in their own backyard all along.

But when production began in 1975 in what is now St. Petersburg, Russia, everyone involved quickly learned that transplanting a crew of actors used to working in sunny Southern California over to Soviet Russia in the middle of winter was not, in fact, a recipe for happiness.

On the latest episode of The Industry, Dan Delgado takes a deep dive into how culture shock, outdated camera equipment, and a famous actress getting dysentery nearly derailed the entire production — and how what was once lauded as a very important show of cinematic detente became one of the biggest flops in movie history. You can listen on Apple or Spotify or above.

Actor Todd Lookinland, who stars in The Blue Bird as a little boy named Tyltyl opposite fellow child actor Patsy Kensit as Mytyl,  was only nine years old when production began — but he still vividly recalls his first impression of Leningrad. 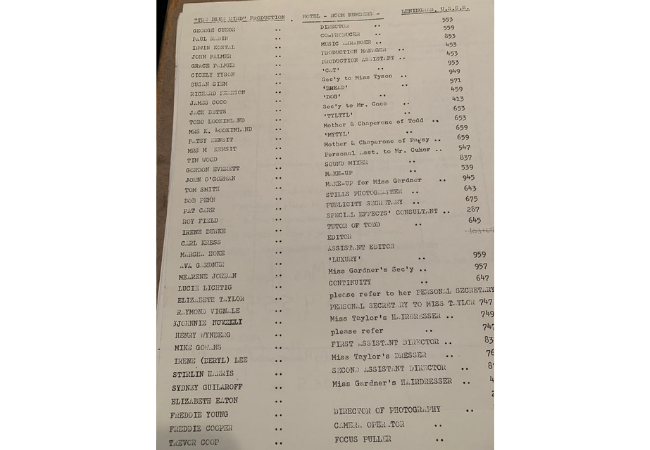 A list of cast and crew who stayed at the Hotel Leningrad during the making of The Blue Bird, courtesy of The Industry podcast

“We got to Leningrad in January, and it was dark and cold. Now, I’m a kid. I’ve lived in Southern California my whole life. And all of a sudden, we’re in this very bizarre place that doesn’t seem like it’s caught up to modern time,” Lookinland recalls. “Everything looks, like, behind. And it’s dark for most of the day — it’s like the sun, you know, kind of pokes up for like four hours a day, then disappears and it’s cold. And it was just, it was really shocking.”

Like The Industry? Check Our the We Know Jack Show Podcast

The film was driven in large part by 20th Century Fox, businesswoman Clara Reece, producer Edward Lewis, and U.S. political forces. The idea was that the U.S. would contribute Hollywood splendor and glamorous movie stars.

Ava Gardner played a character named Luxury, Cicely Tyson played a talking cat named Tylette, and Jane Fonda played The Night, while Elizabeth Taylor played four different roles including a witch and the personifications of light and maternal love. George Cukor, the legendary director known for My Fair Lady and the 1954 A Star Is Born, was brought in to direct.

The Soviets, for their part, were responsible for designing and constructing the sets, the cinematography, the equipment, and the cast and crew’s accommodations. But despite the cross-cultural significance of the whole thing, neither side was prepared for the culture shock the American and English contingent would experience while spending nearly a year living in the Soviet Union.

Things began to fall apart fast. The Soviet camera equipment was decades behind industry standards, the sets weren’t built properly, and the language barrier between the Russian and American crew members slowed things down, Lookinland explains. Cicely Tyson had to wear cat-eyed contact lenses that were so painful, she was constantly asking an assistant to remove them for her — because she was also wearing very long fake nails. James Coco, who originally played the family dog, was hospitalized for gall bladder surgery and had to be recast.

Also Read: Relentless: Christina Fontana Opens Up About the Emotional Toll of an 11-Year Missing Case

But perhaps worst of all, Elizabeth Taylor hadn’t gotten hip to her cast mates’ habit of boiling the tap water, and developed a terrible case of dysentery. She was the first of several actors to pick up stakes and fly home, and soon production came to a screeching halt. (It’s worth noting here that Delgado attempted to interview someone from the Soviet side of production to hear their side of the story, but was unsuccessful).

In a last-ditch effort to save the show from total ruin, producer Paul Manslansky was hired in place of original producer Edward Lewis, who ultimately left the production but was later given an executive producing credit. Manslansky brought on a new cinematographer, re-established good communication with the Russians (using past experience he had from working on an Italian-Soviet production), and started bringing in Western food and supplies from London and nearby Helsinki, Finland. He was even able to convince Taylor to return.

Despite Manslanky’s improvements, the film was still completed far behind schedule and more than $5 million over budget — and it’s fanfare-filled 1976 premiere at the Kennedy Center in Washington, D.C. was met with disastrous reviews.

“I’m sort of behind Rex Reed, and he said something like, ‘What a piece of shit.’ Something like that,” Manslansky laughed. “I got so upset. I went to him and I said, ‘You, goddamnit! My name is Paul Manslansky, I produced this picture, and that’s a terrible thing to say.’ The work that went into it, George Cukor — I remember I got so upset I wanted to punch him out. But I was just defending all that effort, because it’s not that bad a movie.”

The Blue Bird was such a commercial failure that it was mostly forgotten. It was never even released in the UK. The film became such a Hollywood pariah that if you wanted to watch it today, you’d have to find an international DVD release because it’s not currently available in the U.S.

But no matter the critical response, Lookinland, who is now 56 years old, says he’ll forever cherish the weird and wonderful experience he had while making it.

“I look back on that with a sense of happiness and gratitude. That’s a life adventure that is very unique and was very fun, very cool. Movie? Not so great,” he says. “The adventure was well worth it.”

Sources for this episode:

Main Image: Paul Manslansky and Todd Lookinland on the set of The Blue Bird in 1975.

Everyone Watching Loki Agrees the Time Keepers Are Bogus, Right?
Loki Creator Influenced by Calvin and Hobbes Mix of ‘Nihilism and Heart’