Relentless: Christina Fontana Opens Up About the Emotional Toll of an 11-Year Missing Case 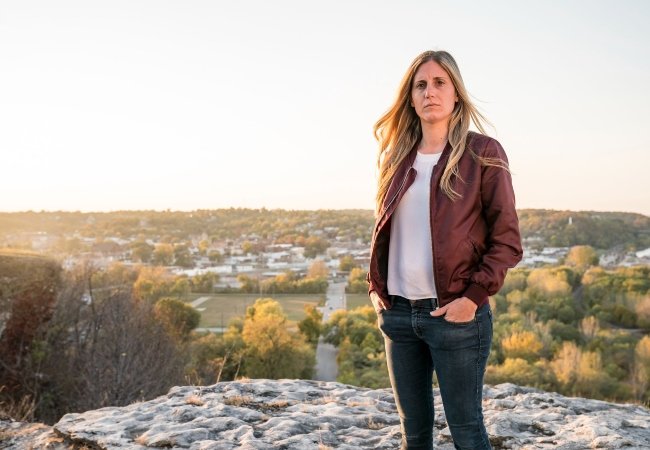 Christina Fontana met the family of missing Hannibal, Missouri mother Christina Whittaker in 2010, less than a year after the then-21-year old disappeared after a night out on the town. It’s been 11 years since then, and there are still many unanswered questions — but Fontana has never stopped searching for answers.

The bizarre missing-persons case is the subject of Fontana’s new docuseries Relentless, the first three episodes of which premiered this week on Discovery+. Fontana culled through over 400 hours of footage, and said the case has taken a “substantial” emotional toll on her.

“There is a very raw, emotional scene at the end of Episode 5. Holy cow, I still reel from that. And then the revelations that happened in Episode 6? An incredible toll on my life, emotionally,” Fontana told MovieMaker. “I feel very lucky to have found a home at Discovery+ because not only are they really amazing creative partners, but they were so supportive of the emotional toll that it took on me as a human. I mean this isn’t just a story — this is my life for the last 10 years. So it was happening in real-time, all the time, and I think that’s why I wanted to do those diary cams. I really wanted people to connect with how I was feeling at that time, instead of just sort of commenting on it later in some way.”

Interspersed throughout the footage of the investigation are Fontana’s vlogs taken when she’s alone and able to unpack each shocking new detail — and there are countless new details, always emerging from every direction, the more the case unfolds. Whittaker’s story has so many twists and turns that it’s hard to keep track of every potential lead that pops up — and even harder to figure out who is telling the truth and who is lying.

“It still takes a toll on me,” Fontana said. “I still weigh all of those things, you know? But I have to hold on to sharing the story and putting everything out there and reporting the truth is the right thing to do.”

More than Fontana, Whittaker’s family and friends bear the brunt of the pain of not knowing what happened to her.

“Families of the missing go through some pretty awful things,” Fontana said. “I think one of the takeaways from Relentless is that when you have a family of a missing person and they feel the need to carry the weight of their own investigation, that things can get messy.”

There are enough theories about what happened to Whittaker to make anyone’s head spin, but Fontana said that in her opinion, there’s one person in particular who needs to be further investigated: Darcy “Bookie” Morris.

Today, Morris is 44 years old. He’s currently serving a 25-year prison sentence for first-degree murder — but not of Whittaker. Instead, he’s behind bars for the murder of John Dunnigan, according to the Peoria Journal Star.

In an interview Fontana conducted with Morris in prison in Relentless, he strongly denied any involvement in Whittaker’s disappearance, and stated that he never knew her.

“I think the things that we were told about Darcy Morris really need to be further investigated because I’m still getting people who are contacting me even this week that are corroborating some of the things that I’ve heard,” she said. “I really think that more attention needs to be paid to these individuals, because when I talk to them they say, ‘I tried to talk to the cops,’ or ‘They didn’t want to talk to me, they’re not following up.’ So I think we need to take a deeper look into these people who are coming forward.”

But the real kicker in this story is yet to come.

The first three episodes of Relentless, produced for Discovery+ by Blumhouse in association with Stick Figure Entertainment, are now streaming on Discovery+, with subsequent episodes dropping each Monday. The final episode will air on July 19. Main Image: Christina Fontana courtesy of Discovery+.

Don’t Make a Movie With a Mobster: Advice From Indie Film Hustle’s Alex Ferrari
How to Sustain Yourself Financially as an Indie Filmmaker