Beyond Fest Responds to the Pandemic with 31 Free Screenings — A Mix of World, U.S. and West Coast Premieres 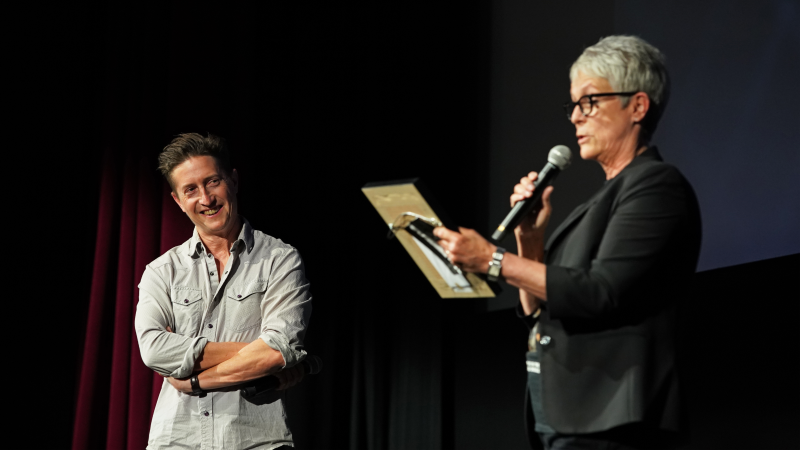 “A core tenet from the outset was that we just want to be cool with the audience,” says Beyond Fest co-founder and programmer Christian Parkes.

Currently in the midst of its ninth edition in Los Angeles, one massive way Beyond Fest has remained “cool” with its audience is through hosting 31 free screenings.

“Never has there been a time in which people have needed more help financially than in the midst of this pandemic. So many people have lost their jobs,” Parkes explains of the decision. “We said from the very beginning, we needed to give everyone the opportunity to participate in Beyond Fest, no matter where they are from a financial standpoint.”

These free screenings are a mix of world premieres, U.S. premieres, west coast premieres, and repertory screenings. These are some of the most anticipated films in this year’s lineup.

Likewise, Twitter has catalogued the speed at which some of these free RSVPs have “sold out.”

Tickets sold out in 30 Seconds… https://t.co/mGpgWCaeGj

SOLD OUT IN 17 SECONDS – HEAD TO LOS FELIZ EARLY FOR THE SCARY OF SIXTY-FIRST STANDBY LINE – SCREENING AT 7 PM PST @BeyondFest https://t.co/Cp8IfuW3fE

Beyond Fest kicked off last Thursday with dual showings of Julia Ducournau’s Palme d’Or-winning Titane. One was a drive-in, the other at the Hollywood Legion theater on 35mm.

This is not the only digitally-shot film to be exhibited on film at Beyond Fest. A 10th anniversary screening of Adam Wingard’s You’re Next as well the anthology horror film V/H/S both screened on 35mm. This is done through a film-out — a process we explore here. 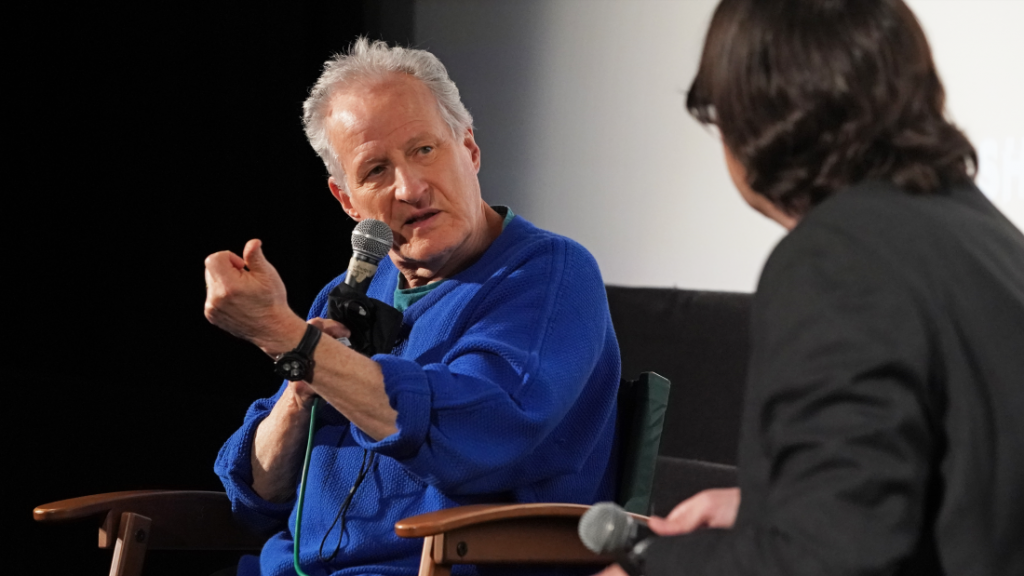 Michael Mann made a rare appearance last night to do a Beyond Fest Q&A in between screenings of Collateral and Thief. Photos by Chris Lockey.

One of these free screenings, Dasha Nekrasova’s The Scary of Sixty-First also screened on 35mm. Distributor Utopia had the idea to both U.S. premiere at Beyond Fest and screen it on this format early.

“I saw The Scary of Sixty-First at its first screening in Berlin and knew I wanted it,” says Beyond Fest programmer Evrim Ersoy.

“It’s transgressive in a truly intelligent kind of way,” he adds.

Utopia picked up the film after Berlin, and VP of marketing and distribution Kyle Greenberg reached out to Ersoy about playing Beyond Fest in the Fall. Greenberg then asked Ersoy: “How would you feel if we did a 35mm print?”

“I lost my mind,” Ersoy explains.

Founded in 2013, the first Beyond Fest included Goblin’s first ever show in Los Angeles as well as Richard Donner introducing The Omen.

But Beyond Fest was never going to be a straight genre festival.

“The genre term get bandied around a lot, and as much as we love the genre film, it’s not all we watch,” says Parkes.

“It was very deliberate going all the way back to the first Beyond Fest that we show different types of movies. That was the thinking behind the name as well. If you look at our slate over the years, we’ve done everything from cast reunions for Better Off Dead and Howard the Duck on 70mm — those are definitely not genre movies,” Parkes says.

But straightforward genre films do still make up a key component of any Beyond Fest lineup.

“We’ve also been able to do the West Coast premiere of Halloween and the U.S. premiere of Halloween Kills, which are quintessential horror movies,” Parkes says. “The reality is, we’ve always tried to cultivate an audience that has got similar tastes to our own, and aren’t just limited to one specific type of genre. There are multiple ‘tribes’ that ultimately make up the People’s Republic of Beyond Fest,” he says.

Also read: Dasha Nekrasova Channels Conspiracy Fascination and Knack for Provocation Into The Scary of Sixty-First

There are still plenty of gems left in this year’s program before the festival closes with a special screening of Scott Cooper’s Antlers on Monday evening.

Ersoy highlights this Saturday’s screening of The Empty Man as one close to his heart. The film was lost in the shuffle due its pandemic release last year, but Ersoy asserts that “it is genuinely one of the best horror films to come out in the last 10-15 years.”

Giving the film a proper screening with director David Prior present for a Q&A was a great chance for both Prior and the film to “connect with the audience.”

Beyond Fest runs through Monday. Main image (above): Halloween Kills director David Gordon and star Jamie Lee Curtis at its U.S. premiere at Beyond Fest.