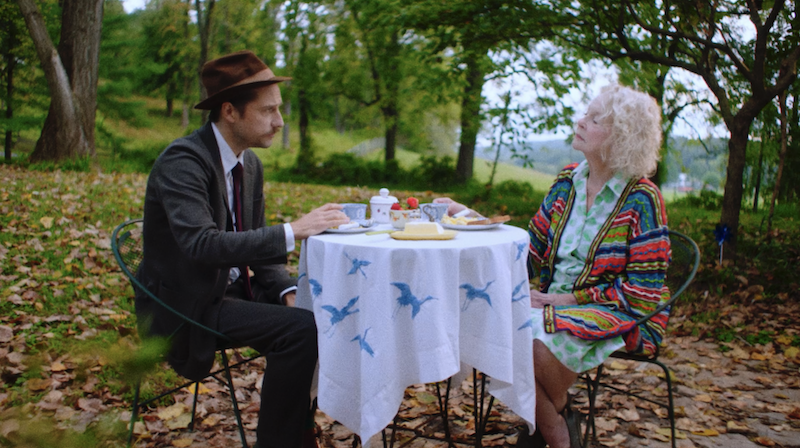 Strawberry Mansion takes inspiration from ’80s children’s movies of the co-directors’ youths, and in order to accurately capture that VHS feeling, the film took an unusual path for a feature film in post-production.

“We shot this digitally, but at the end of the process we transferred it to film to give it that sort of nostalgic, timeless quality of the way I remember movies looking in the ’80s — just graininess,” co-director Kentucker Audley told MovieMaker.

The process is called a film-out. Rockville, Maryland-based Colorlab processed Strawberry Mansion‘s 16mm film-out, and executive director Vincent Terlizzi told MovieMaker that they do a few each week — but mostly for music videos and shorter content like political ads. The company also did a New York Times Super Bowl commercial in 2020.

Strawberry Mansion is an ambitious low-budget film that has drawn comparisons to Terry Gilliam and Gilliam’s The Adventures of Baron Munchausen was a major influence.

Film-outs are also an important part of film preservation. An older damaged film can be restored digitally, and then a 35mm film-out will allow a restored physical copy of the film to remain preserved safely in storage.

Terlizzi said that Travis Scott’s “Franchise” music video was shot on 16mm, but also used a few digital drone shots and underwater iPhone shots. Those digital segments were processed with a film-out at Colorlab to match the 16mm film stock of the rest of the footage.

Co-director Albert Birney and Audley would have loved to shoot Strawberry Mansion on film, but with a slew of stop animation and special effects, it just didn’t make sense.

“It’s 100 percent cheaper to shoot digitally nowadays,” Birney told MovieMaker. “And because we had so many different special effects — there was stop-motion, there were miniatures, there was some computer animation — all these different kinds, it was just going to be easier to do it digitally. But I knew that if we transferred it to 16mm it would flatten everything together and make all the effects a little bit more cohesive.” 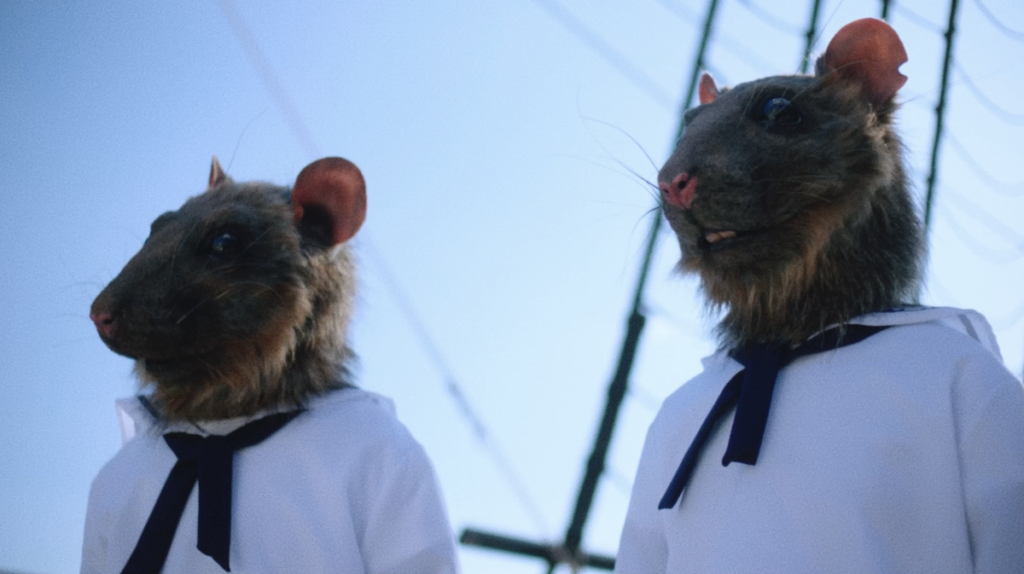 A scene from Strawberry Mansion. Photos by Tyler Davis

Terlizzi said that Colorlab is one of only three film labs in the U.S. that can process 16mm film-outs. In the case of Strawberry Mansion, the aspect ratios don’t match up, and so the film’s original widescreen 16:9 aspect ratio had to be squeezed into the 4:3 aspect ratio of 16mm.

This warps the image but offers the desired grain that Birney and Audley were after. Then the film was printed onto 400-foot reels of roughly 10 minutes and 40 seconds each. The film reels are scanned digitally, and then, reversing the squeezing formula, the image is stretched back out to 16:9, eliminating the warped look, but including all that desired film grain. Strawberry Mansion used 7203 Kodak 50D film stock for its film-out.

The 16mm film-out was also a way for Strawberry Mansion to differentiate its look from how familiar indie movies have looked for quite some time. “Naturalism has kind of overtaken indie movies, probably since the heyday of ’80s movies. But it gets tiresome when you see things that look like your ordinary life,” Audley said. “By putting it all on an older format, and just popping it full of older textures, it gives it a little bit more of that nostalgic feel.”

Also read: Shooting on 16mm Film in the Digital Age: What You Need to Know If You’re Still Taking Stock in Film Stock

Audley said the film also has other small touches that might be imperceivable to a viewer but still added necessary texture.

“Underneath the whole film, we added a slight record player scratch with the same kind of goal in mind, to put as much texture and emotion into something that you probably won’t even notice, but it gives it an another extra bed of texture,” Audley said.