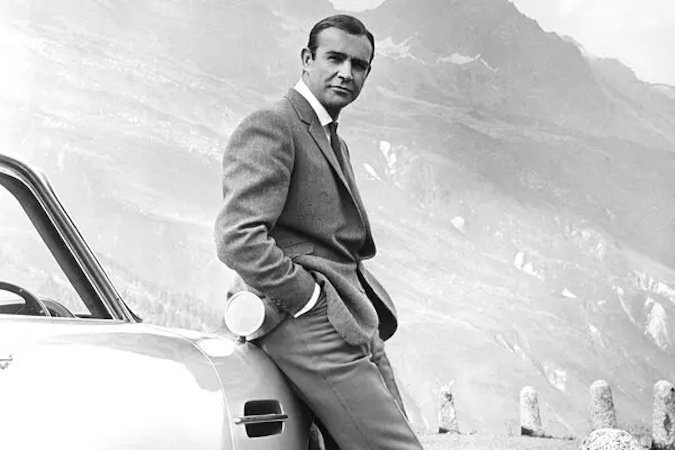 Amazon will soon own James Bond, Rocky, and the rest of MGM; Dave Chappelle will close the Tribeca Film Festival with a look at Ohio; Seth Rogen reflects on old jokes; a Pittsburgh theater starts distributing small movies to help other indies stay in business. All in today’s Movie News Rundown.

But First: Here is the story of the musical biopic that bedeviled Martin Scorsese and Robert De Niro for decades, excerpted from Joshua Hull’s terrifically fun new book Underexposed!: The 50 Greatest Movies Never Made.

Amazon to Buy MGM: In extremely rich people news, Amazon will buy MGM for $8.45 billion. Amazon hopes “to tap into Metro-Goldwyn-Mayer properties like the Pink Panther, Rocky, and, yes, the 007 franchises for new originals,” Variety writes.

So Will I Be Able to Watch No Time to Die in My Basement? Eventually, sure, but it will probably be released theatrically first. “It’s unlikely that MGM and United Artists Releasing would change plans for their remaining 2021 theatrical releases — including the James Bond pic No Time to Die — particularly since the deal is likely to take months to close,” writes The Hollywood Reporter.

Hee-Haw: Speaking of Amazon, here’s the trailer for its new original The Tomorrow War, starring Chris Pratt as a man who must travel through time to fight a war to save his daughter so he can continue to communicate with her via grotesque donkey noises. You’ll understand what I mean at the seven-second mark.

Dave Chappelle: The comedian has produced an unnamed documentary that will close the Tribeca Film Festival — and reopen Radio City Music Hall — on June 19. Produced and directed by Oscar and Emmy-winning filmmakers Julia Reichert and Steven Bognar (American Factory), the film examines a rural Ohio community during the early days of the pandemic and the Black Lives Matter demonstrations, focusing on the leadership of the town’s youth. Chappelle lives in rural Ohio and memorably held socially distanced comedy shows in a neighbor’s cornfield.

More About Jokes: “There are certain jokes that for sure have not aged well, but I think that’s the nature of comedy,” Seth Rogen told Good Morning Britain, commenting on some of the jokes in his past films. “I think conceptually those movies are sound, and I think there’s a reason they’ve lasted as far as people still watching and enjoying them today. Jokes are not things that necessarily are built to last.” He added: “To me when I see comedians complaining about this kind of thing, I don’t understand what they’re complaining about. If you’ve made a joke that’s aged terribly, accept it. And if you don’t think it’s aged terribly, then say that.”

A Confession: I enjoy jokes that have aged badly. Jokes are reactions to the anxieties of their time. They’re controlled transgressions that violate some rule of decorum by acknowledging some anxiety that we normally dare not express. So I like watching movies to see what the anxieties and rules were in 1932… or 2015. And sure, maybe the best jokes are the ones that acknowledge some timeless anxiety, like the Barry Lyndon epilogue about death.

Relatedly: Here’s the trailer for Monuments, about a man who can’t part with his dead wife’s ashes. It’s released by Row House Films, from Row House Cinema, a Pittsburgh independent theater that is looking to distribute smaller films to ensure that indie and arthouse theaters have plenty of new, fresh stories to keep their doors open at a time when streaming services rule, and mega-chains are hanging their hopes on blockbusters. Who will theatrically release smaller movies now? Row House sees an opening. You can learn more here, and Monuments opens next Friday, June 4.

Main image: Sean Connery as James Bond in Goldfinger, when the Amazon was just a river.