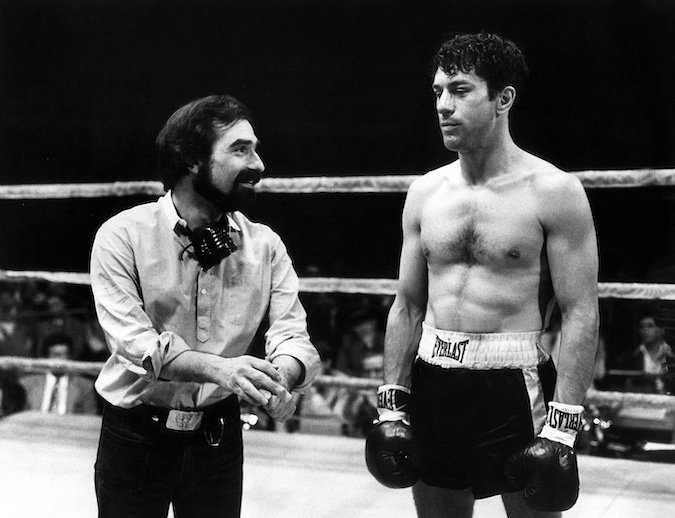 The Internet is littered with cinematic what-ifs: castings that almost happened, sequel ideas someone scotched, amazing-sounding pitches that proved to be too ahead of their time. In his new book Underexposed!: The 50 Greatest Movies Never Made, Joshua Hull and PosterSpy set out to find the facts behind the dead links and whispers, to tell the full stories of film ideas that never made it to the screen, accompanied by original posters from fifty artists around the world that give a little glimpse of what might have been. One of the most intriguing is the George Gershwin biopic that Robert De Niro and Martin Scorsese, perhaps our greatest actor-director duo, labored for years to pull off. This story, however, has a happy ending: Scorsese will executive a new film inspired by the music of George Gershwin from Sing Street director John Carney.

As a self-described “no-budget filmmaker based in Indiana,” Hull is sympathetic to anyone trying to get a movie made. And he loves the movies enough to tell the stories of 50 never-made films — from Sofia Coppola’s The Little Mermaid to Robert Rodriguez’s Barbarella to Stanley Kubrick’s The Lord of the Rings, featuring The Beatles — using the language of the medium. Here is Hull’s story of Martin Scorsese’s Gershwin, written in a format that recalls playbills and screenplays.

Legendary director Martin Scorsese has tackled an array of subjects throughout his fifty-year filmography. From mob movies to epic dramadies about disturbed antiheroes to smaller-scale dramas about bedraggled ambulance drivers, one subject Scorsese tends to hang his hat on is real-life people.

Let’s strike up the band and dive into the development of Scorsese’s Gershwin. 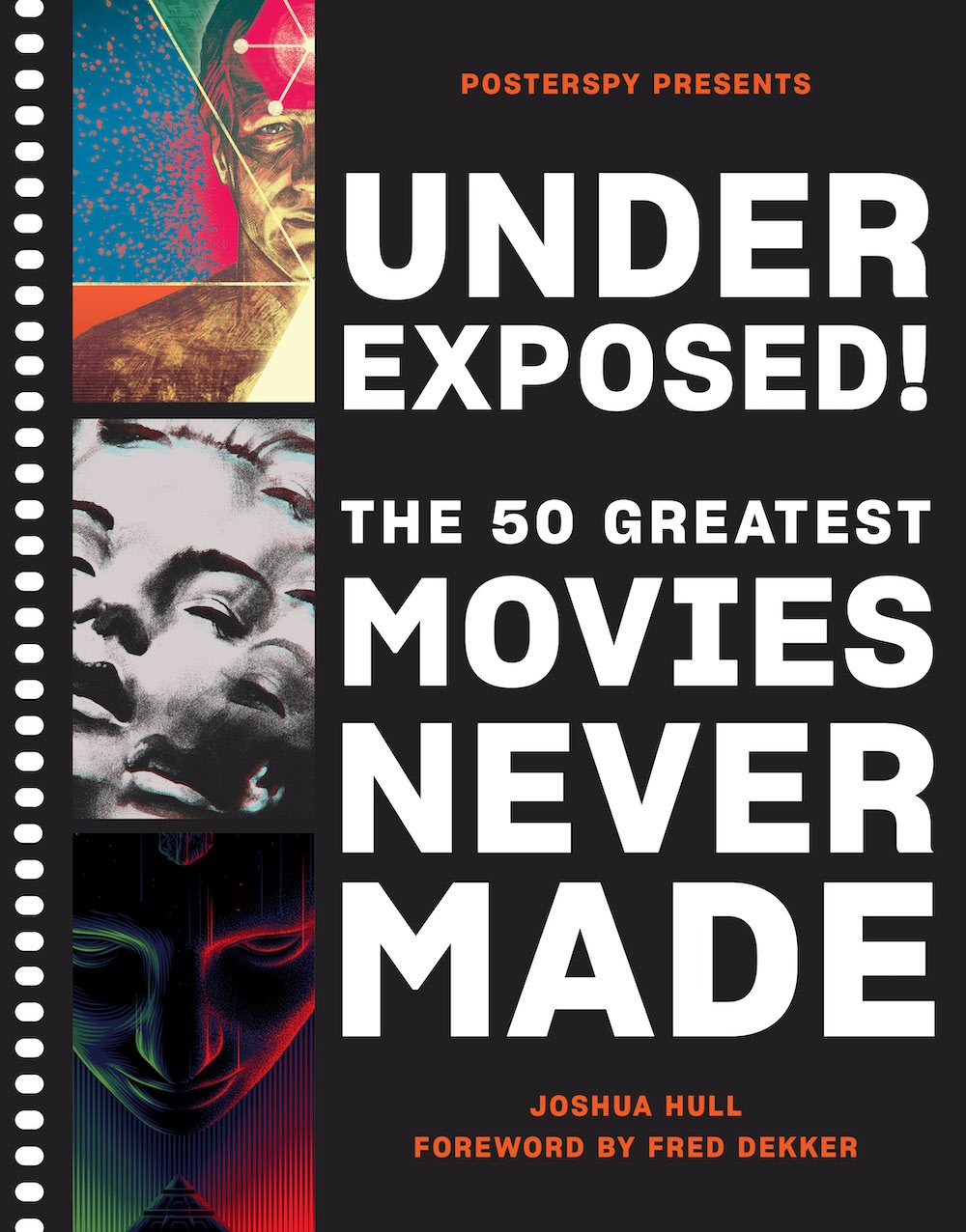 Underexposed! looks at a number of tantalizing never-made projects, including Gershwin which had Martin Scorsese, Robert De Niro and Paul Schrader all attached.

Leaving the city that never sleeps behind, at least for a time, Scorsese released two documentaries in 1978. After sixteen years on the road, the Band played their last concert in The Last Waltz. The concert took place on November 25, 1976, and audience members were treated to a full turkey dinner after the show. The concert featured a number of guests, including Neil Young, Joni Mitchell, Muddy Waters, Ringo Starr, Bob Dylan and Neil Diamond.

Diamond also shares a connection with Scorsese’s second documentary of that year, American Boy: A Profile of Steven Prince. Steven Prince played gun salesman Andy in Scorsese’s Taxi Driver, and the documentary follows Prince as he tells stories about his life as the road manager for Diamond, and being an ex-drug addict.

In 1980, Scorsese returned to the narrative ring, and to New York City, with the boxing drama Raging Bull. Starring De Niro, Joe Pesci, and Cathy Moriarty, Raging Bull tells the story of prizefighter Jake La Motta — a punishing, talented boxer inside the ring, but a reckless, violent man outside of it. The film was adapted from La Motta’s memoir, Raging Bull: My Story, by Mardik Martin and Taxi Driver’s Paul Schrader. While the film had a low box-office tally, it raged into awards season. It was nominated for eight Academy Awards, winning a Best Actor statue for De Niro and a Best Editing statue for Thelma Schoonmaker. De Niro also won the Golden Globe for Best Actor and received a BAFTA nomination as well (Schoonmaker won a BAFTA for Best Editing, and Pesci won for Most Promising Newcomer.)

After a bevy of awards for Taxi Driver and Raging Bull, Scorsese and Schrader attempted to strike another memorable note with a third collaboration: they set out to bring the story of Gershwin to the big screen.

The project left both feeling kind of blue.

Gershwin is one of the most beloved American composers and pianists, and his influence has spanned well past his lifetime. Known for the compositions “An American in Paris,” “Concerto in F,” and “Rhapsody in Blue,” as well as the musicals Funny Face and Girl Crazy, he left a lasting mark on the world. The composer also wrote the music for the Fred Astaire/Ginger Rogers RKO musical Shall We Dance. While his music was widely known across the world, his personal life was more of a mystery to the masses — a mystery Scorsese and Schrader set out to unravel.

Schrader’s screenplay for Gershwin was a masterful dive into the composer’s life, divided into nine different chapters. Each chapter represented a significant thematic part of his story. While Gershwin in general is fantastic material for a film, it’s the approach to the script/film that would have made it seem even more extraordinary. The plan was to have eight to fifteen minutes of each chapter be in black-and-white, followed by a four- to five-minute musical conclusion for each chapter in color. Each coda would also feature a guest or cameos from Gershwin’s life. The screenplay is 132 pages of a miraculous existence told through music and musical numbers that ends with the quiet death of Gershwin. 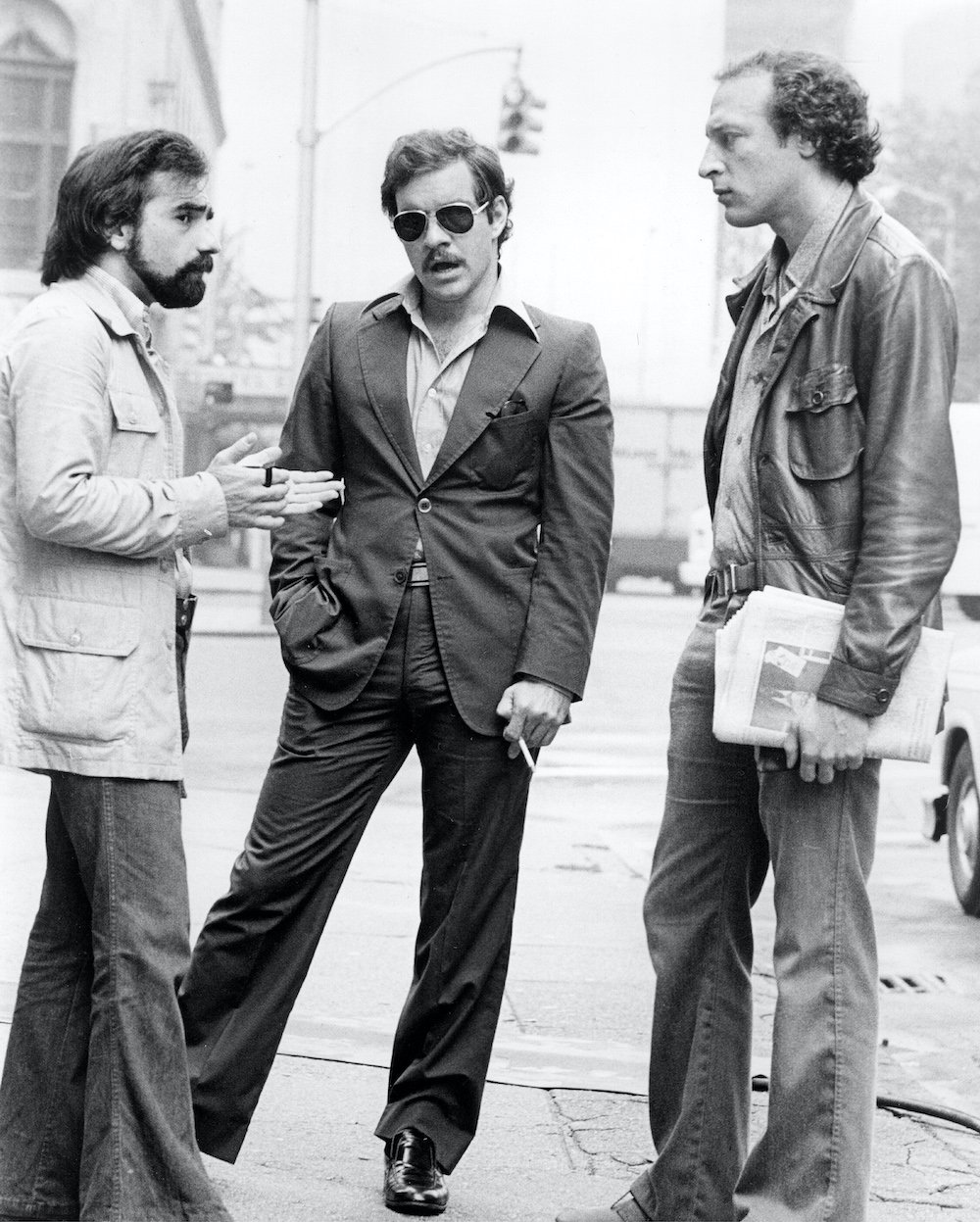 Martin Scorsese and Paul Schrader (L) on the set of Taxi Driver, the first of four collaborations together. Photo courtesy of Columbia Pictures/Photofest NYC.

After the success of Taxi Driver, Schrader started directing films as well. This led to complications with writing credit, and credit in general. Development on Schrader and Scorsese’s version of Gershwin ended after disagreements on a remake of Vincente Minnelli’s The Bad and the Beautiful, which also would have starred De Niro.

Years later, Scorsese brought on Six Degrees of Separation screenwriter John Guare to write a new take on a Gershwin biopic. That version nearly starred Richard Dreyfuss and De Niro. When Scorsese brought the project to Warner Bros., the studio asked for Scorsese’s proposed biopic on Dean Martin, Dino (see Overexposed!), instead. Gershwin once again passed away quietly, this time at the hands of the studio.

After declaring they would never work together again after their falling out, Scorsese and Schrader mended their rift and teamed up again for 1988’s The Last Temptation of Christ and 1999’s Bringing Out the Dead.

As for Gershwin, the film that seemed destined for awards and acclaim remains on the shelf to this day. Time and disagreements seemed to have robbed film lovers of another classic Scorsese, Schrader, and De Niro team-up. That’s not music to our ears.

Excerpt from Underexposed!: The 50 Greatest Movies Never Made, by Joshua Hull and PosterSpy © Abrams Books, 2021. To be published by Abrams Books today. Main image (above): Martin Scorsese and Robert De Niro on the set of Raging Bull. Photo courtesy of United Artists/Photofest NYC.