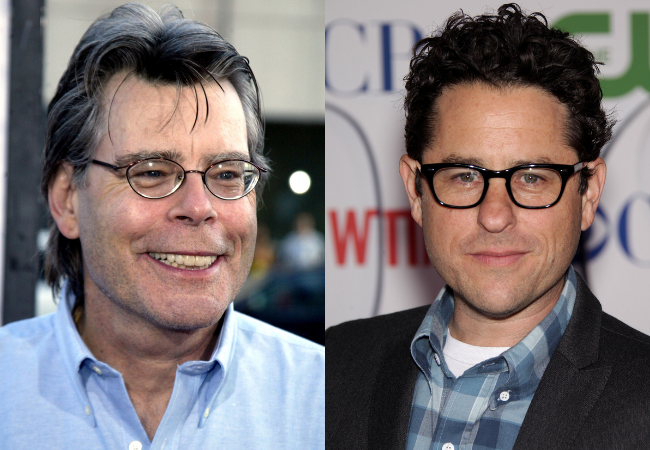 J.J. Abrams has revealed a few nuggets of information about one of his future projects with Stephen King.

During an interview with MovieMaker about he and King’s Apple TV+ series Lisey’s Story, which premieres June 4, Abrams noted that there’s also another project he’s developing with the great horror writer.

Abrams was pretty tight-lipped about the project, and his reps have not yet confirmed whether it’s the same thing as the anthology series of “tiny horrors” that King has said he and Abrams are developing.

Also Read: Netflix’s Sons of Sam Director Tells the Story of How He Met Maury Terry

“I talked with JJ Abrams a lot about a possible anthology series of tiny horrors,” King said at a Television Critics Association panel in February, according to TheWrap. “We got really down and dirty about it and talked about things that were really, really scary.”

But Abrams did give us one extra little detail that suggests they might be one and the same.

“I will say that, you know, there’s a thing that we’re working on that is an original thing that I think is really nutty and thrilling,” he said.

Keyword: “original.” It might make sense that if King and Abrams develop an anthology series, it would involve a brand new storyline — and potentially brand new characters — rather than an adaptation of an existing King work. Castle Rock, the pair’s TV series for Hulu, used characters, themes and settings from the King multiverse.

Abrams’ Bad Robot Productions also has a spinoff of King’s The Shining called Overlook set up at HBO Max, according to Deadline. Abrams and King previously collaborated on Hulu’s 11.22.63, a limited series adaptation of King’s novel of the same name about a man who goes back in time to try and stop the assassination of President John F. Kennedy.

He also said he’s had the unique privilege of getting to read some of King’s unpublished works — an ironic detail, considering the plot of Lisey’s Story involves a crazed fan of late author Scott Landon (Clive Owen) who is so intent on releasing his unpublished works to the world that he begins threatening Landon’s widow, Lisey (Julianne Moore).

“He’s sent me short stories that have never been published that are so memorable and so good,” Abrams said. “He seems to be limitless, not just in genre and character and subject matter, but in his ability to create and be inspired.”

The first two episodes of Lisey’s Storypremiere June 4 on Apple TV+, with a new episode coming each Friday after that.

How The Serpent Influenced Dasha Nekrasova’s Jeffrey Epstein Horror Movie
Halston: Did a Woman Really Die Trying to Sneak into Studio 54 Through the Air Vent?