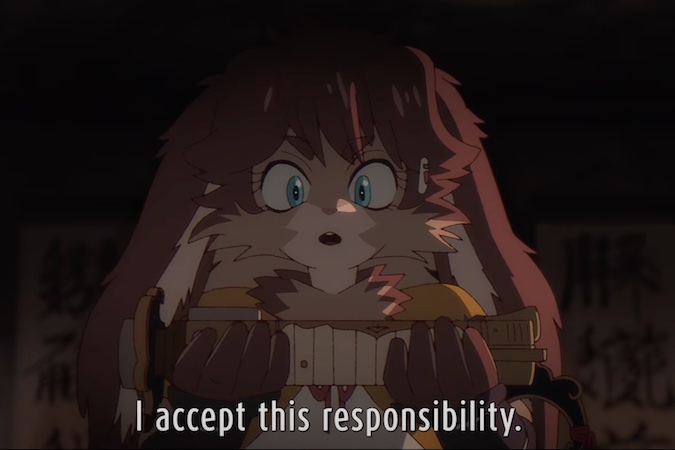 A Star Wars anime looks spectacular; The Suicide Squad and the destruction of plot armor; some theaters want vaccination proof; and some inspiration to finish that thing you’ve been putting off for years.

The Suicide Squad and the Destruction of Plot Armor: Here are some things I think about it, which we also discuss on the latest Low Key podcast, which you can check out on Apple or Spotify or here:

Finish Your Thing: Director Lucas McNelly spent a decade trying to finish his wilderness thriller Up Country — and now he has. He gets very honest in this piece about dealing with depression and many other setbacks on his way to finally pulling his film from the back burner. He also talks about the Seed&Spark crowdfunding campaign for his next film, Maine Noir.

Oh Jeez: Just when I was Star Wars‘d out, here’s the new trailer for Star Wars: Visions, which imagines that familiar long time ago, in a galaxy far, far away — in the style of a Japanese anime. I don’t even remember hearing anything about this until now, which makes it even cooler. Here:

Actually This Makes Sense: When you consider the influence of Kurosawa’s Hidden Fortress on Star Wars — is a thing a total know-it-all would say. But to be honest, I’ve never seen Hidden Fortress. Maybe you, like me, will be intrigued by the video at the end of today’s Rundown.

Much Excite!: Here is how the Ryan Reynolds film pulled off a certain cameo, featuring a lot of caps and exclamation points because it’s in BuzzFeed. I love what they’re doing over there but aren’t their writers and editors now well into their 30s? It’s time for an elegant transition to lots of em dashes — and needless italics.

Proof: Theaters in some cities — including New York, New Orleans and San Francisco — are requiring or will soon require proof of vaccinations to enter a movie theater, Variety notes. Some theater owners are worried that this will discourage attendance, but another thing that discourages attendance is the thought of catching COVID-19. I would personally be far more likely to attend a theater full of vaccinated fellow movie lovers.

Citizen Kane Criterion Cover: This cover has been a little divisive but I love it — the implication that there is only one “K” and we all know who he is sets the stage quite effectively.

Meet the Designer: Mike McQuade talked to The Hollywood Reporter about his inspirations and intentions.

Intriguing Video: By a student in an Akira Kurosawa appreciation class.