The Suicide Squad and the Destruction of Plot Armor 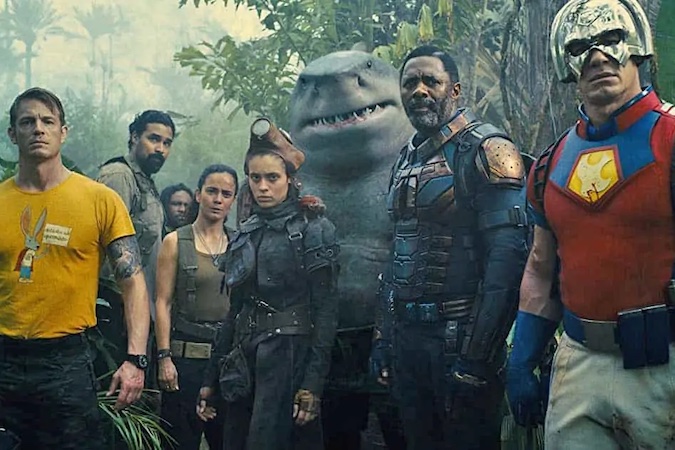 (Spoiler warning: The following contains very general spoilers about The Suicide Squad, written and directed by James Gunn, without explicitly saying who lives or dies. It also contains modest spoilers about Marvel and DC movies that came out years ago, and Pulp Fiction.)

The Suicide Squad works in large part because of its scarcity of plot armor — that magical substance, forged by corporations and the screenwriters in their service, to ensure that lead characters rarely die before the company has squeezed out every possible cent from their current iterations.

When a screenwriter kills off a popular lead character, that writer is potentially writing off millions in revenue by closing the door on sequels and spinoffs (but not prequels). So characters are rarely killed in haste. Viewers know when they see a Batman movie that no matter how dire things look for the Caped Crusader, he’s probably going to survive. This removes some of the drama from the movie.

You can listen to our Low Key podcast discussion of The Suicide Squad and plot armor, among other things, on Apple or Spotify or here:

Even if a main character does die — as Superman sort of does in Batman v. Superman — we can be pretty confident Warner Bros. will milk his rebirth for future plots, as the company did in Justice League. Superman, in addition to all his other powers, has some of the strongest plot armor in the DC Universe. He’s one of the anchors of the whole thing and isn’t going anywhere. (Though he may be recast or yet again reimagined, as has been the case since the first Superman serials back in 1948.)

Because it happens so rarely, truly killing a main character is rare, shocking and frequently effective. When the last person we expect to die in Quentin Tarantino’s 1994 film Pulp Fiction is suddenly killed — a bit pathetically — the moment lands and resonates, after all this time, because Tarantino has shockingly stripped him of plot armor. (The character doesn’t even get the dignity of dying at the climax.) When the character reappears, thanks to the movie’s playful structure, every moment has a comically tragic undercurrent because we know we’re watching his last moments on earth, and that he is really gone.

Won’t You Sign Up for Our Newsletter? We Let an 11-Year-Old Do the Illustration Today

The many deaths at the end of Marvel’s Avengers: Infinity War work because directors Joe and Anthony Russo sell us so strongly on the notion that our heroes really are dying en masse, and do a good job of stripping away our hope. Their good work in 2018 was undercut only by Marvel’s release schedule, which assured us that the heroes we just saw die onscreen were slated to appear again in movies coming soon — and they couldn’t all be prequels, right?

The Russos’ Avengers: Endgame doubled down so hard on despair that all really did feel lost, for a time (five cinematic years, specifically) — and this made the return of some of our favorite characters feel triumphant rather than obligatory.

The film’s final, most eventful death came only because Robert Downey Jr. had already given more than a decade to the Marvel Cinematic Universe, and seemed happy to go out on top. I didn’t really believe in the finality of the films’s other major death, of Scarlett Johansson’s Black Widow, until she sued Disney over profits for her solo film Black Widow, probably scorching the earth enough that she won’t be revived, even if she ever wanted to be. (Unless of course Johansson and Disney are engaging in fake-your-own-death level manipulation, which seems unlikely but sure would make Marvel movies more fun.)

In his jump from Marvel’s Guardians of the Galaxy films to DC’s The Suicide Squad, writer-director James Gunn embraces the notion that he can kill off pretty much anyone he wants, and plays a fun game with the audience — he quickly dispatches characters played by actors with sizable fandoms, and characters played by some of his own favorite collaborators. It’s a signal to fans that who dies next is anyone’s guess.

This makes the movie far more fun than your typical comic-book adaptation. You’re not only watching the story, but gaming out the bankability and IP cache of everyone on screen: Will Idris Elba’s Bloodsport, a new character, make it out alive? Perhaps he’s being introduced only to be a martyr. Would DC really let him kill Margot Robbie’s Harley Quinn? She would seem to be the only character in the entire film whose plot-armor feels bulletproof — but does that put a target on the back of her “Live Fast Die Clown” leather jacket? (And is that message itself some kind of fatalistic foreshadowing?)

As Gunn recently explained in this MovieMaker Q&A:

“Because they’re super villains, you really don’t know what’s going to happen. Like, when you see The Guardians… there’s a scene in the bar where Rocket is drunk. And Drax is there and Rocket is going on about his terrible life, and he’s threatening to shoot Drax in the face. But I don’t think anyone in the audience thinks that we’re actually going to shoot Drax in the face and murder him in that scene. And in The Suicide Squad, not only can that happen, that stuff does happen.”

Of the many characters we don’t expect to die in The Suicide Squad, two return, Endgame-style. One is a character for whom Warner Bros. seems to have big plans, and the other is a character who doesn’t seem to matter at all. Gunn gives plot armor to those who need it most and least.

That lays down a (non-infinity) gauntlet to other comic-book films: We all know the properties of plot armor. Now subvert our expectations.

The Suicide Squad, directed by James Gunn, is now in theaters and streaming on HBO Max.

How Naomi McDougall Jones Is Disrupting the Indie Film Industry (Video)
Misha and the Wolves on Netflix: Who Is Misha Defonseca and Where Is She Now?