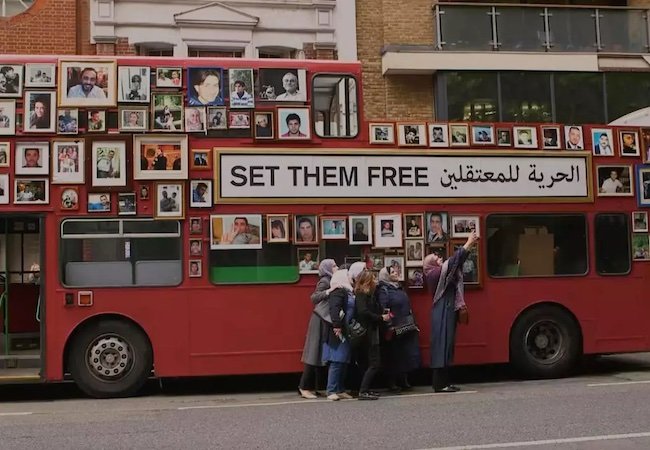 The new film Ayouni remembers Syria’s 100,000 disappeared; the Oscars will go unmasked; intel from top screenwriting competitions; Bob Odenkirk’s Nobody wins, and nobody loses. All in today’s Movie News Rundown.

Disappeared: Bassel Khartibal was a hacker and hip-hop fan who believed everyone deserved basic access to technology. That belief was enough for the Syrian regime to disappear him. Ayouni director Yasmin Fedda and MovieMaker host Eric Steuer remember Bassel, their mutual friend and one of Syria’s 100,000 disappeared, in an interview you can hear on Apple, Google or Spotify or here:

Oscars Unmasked: Oscar attendees will not wear masks on-camera during the ceremony, but will be asked to wear them during commercial breaks, Variety‘s Marc Malkin exclusively reports. This is where Pandemic Me would usually say with a scowl, “Great, because viruses only spread during commercial breaks.” But: Attendees will also undergo temperature checks and three COVID-19 tests prior to the ceremony, and it will be limited to 170 people.

A Quote I Think is Funny: “Manuscript: something submitted in haste and returned at leisure.” — Oliver Herford (1860-1935)

Hooray Bob Odenkirk: Nobody, with Odenkirk playing against type as a John Wickian, ass-kicking dad, is in second place at the theatrical box office while also scoring the top spot among Apple rentals. This is another case of a film succeeding at home and in theaters simultaneously, which may encourage more distributors to make films available wherever you want them. IndieWire has more, and a great headline.

Another Streaming Service: Kentucker Audley knows no one wants to pay for another streaming service, but his new one, NoBudge2, is different — the emphasis is on shorts, and 60 percent of the profits go to programmed filmmakers.

The Flash Composer: The DC superhero film has enlisted Benjamin Wallfisch, who is reuniting with It director Andy Muschietti, The Hollywood Reporter says. Oh hey, here’s that time Wallfisch talked with us about his Psycho-inspired score for The Invisible Man.

Remember How Good Bob Odenkirk Was in Mr. Show? This is one of my favorite things.

Main image, above: A bus memorializes some of Syria’s 100,000 disappeared in Ayouni.