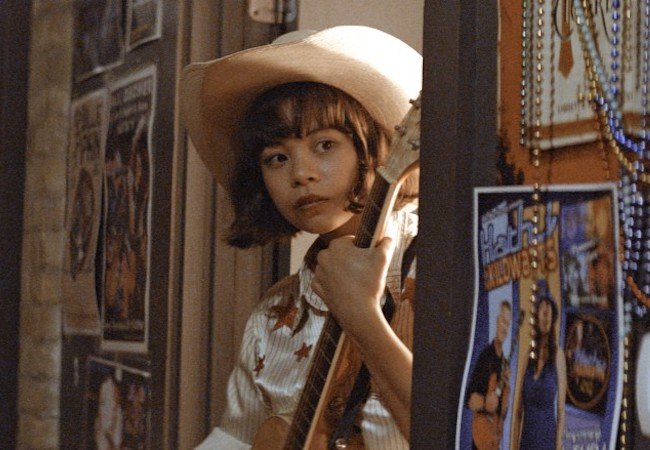 Diane Paragas’ film Yellow Rose is about a Filipina girl growing up in Texas who dreams of country-music stardom — but whose American dream is threatened when an ICE raid seizes her mother.

Paragas grew up Filipina-American in Lubbock, Texas, and while she didn’t consider herself a huge country music fan, she listened to her share of Patsy Cline and Johnny Cash. Her protagonist, Rose (played by Eva Noblezada) embraces the music more, imagining herself performing for big crowds in Austin.

Paragas learned filmmaking while she worked in advertising, then became a documentary filmmaker. She used her journalistic skills to get the details of her immigration story exactly right, conducting extensive research and visiting detention centers.

She began making Yellow Rose amid the Trump Administration family separation policy, when detention facilities were crowded with people. She made a “mini-documentary” that helped her better understand the hardships the separated families faced.

At one point, her script called for cots for dozens of people to sleep on. But in real life, some real facilities decided cots were too lavish.

“Almost everything you see in the film was verbatim from interviews, first-person interviews that I did with actual families,” she says. “When I visited the detention centers, they had these cots, just like cots lined up in a gym room. And so in the script, I wrote it as that, but we didn’t have the budget to afford like 20 cots. We could afford three cots.”

She continues: “And then my production designer runs up to me, and just opens the newspaper to this picture of people with mylar sheets, which is so much more horrifying. Because they’re on the ground stacked on top of each other, like sardines. So we literally ripped it out of the headlines. And it’s so much more tragic and horrible.”

You can listen to Yellow Rose director Diane Paragas talk with Eric Steuer on the latest episode of MovieMaker Interviews, available on Apple or Spotify or here:

Yellow Rose, directed by Diane Paragas, is in theaters now.