Who Was Harry Anslinger, the Government Official Who Targeted Billie Holiday? 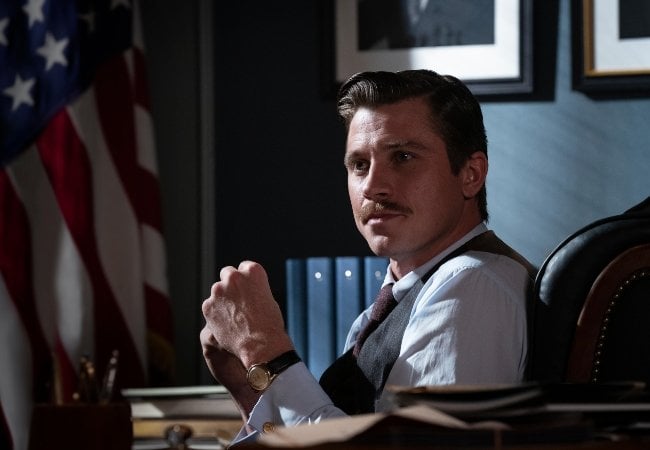 Anslinger, played by Garrett Hedlund in the film, was a real person. And the calculated approach he took to ruining Holiday’s career because of her refusal to stop singing her anti-lynching protest song “Strange Fruit” was real, too.

The true story behind the events of the movie, directed by Empire‘s Lee Daniels and starring Andra Day, who won a Golden Globe for her portrayal of Holiday, is all laid out in executive producer Johann Hari’s book Chasing the Scream: The Last Days of the War on Drugs.

“To Harry Anslinger, Billie Holiday was like the symbol of everything that America had to be afraid of,” Hari explained in an interview with WNYC Studios. “She had a heroin addiction because she’d been chronically raped as a child and she was trying to deal with the grief and the pain of that. And also, she was resisting white supremacy. And when she insisted on continuing on her right as an American citizen to sing ‘Strange Fruit,’ Anslinger resolves to destroy her.”

Anslinger began working for the U.S. government on the Treasury Department’s Bureau of Prohibition, which became the Bureau of Narcotics once prohibition ended. Anslinger turned his focus from alcohol to marijuana and heroin.

But to understand Anslinger’s obsession with bringing down Billie Holiday, one must first understand his deeply racist views. First of all, he hated Black jazz musicians. 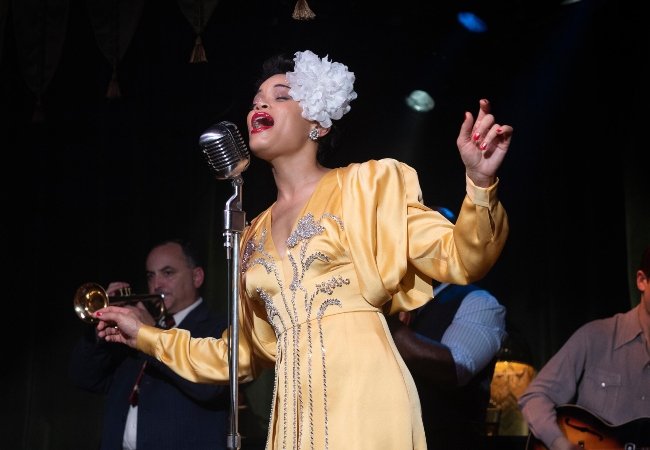 An excerpt of Hari’s book published by Politico quoted one of Anslinger’s internal memos as saying that jazz sounded “like the jungles in the dead of night.” Another memo warned that “unbelievably ancient indecent rites of the East Indies are resurrected” in jazz, and he claimed that jazz musician’s lives “reek of filth.”

Anslinger was easier on white musicians.

“He called Judy Garland, another heroin addict, in to see him. They had a friendly chat, in which he advised her to take longer vacations between pictures, and he wrote to her studio, assuring them she didn’t have a drug problem at all,” Hari wrote in the excerpt.

But he found the jazz scene nearly impenetrable. To his surprise, the musicians would not rat each other out, and “whenever one of them was busted, they all chipped in to bail him out,” Hari wrote.

So Anslinger began hiring Black agents to work undercover for the FBN in order to gain the trust of his targets. Jimmy Fletcher, played by Trevante Rhodes in The United States vs. Billie Holiday, was a real agent who ended up befriending Holiday after aiding in her arrest for narcotics possession, which landed her in prison for a year. Hari believes that during his work pursuing her for the FBN, Fletcher ended up falling in love with Holiday.

Anslinger never stopped chasing Holiday — from the time that he first pressured her to stop singing “Strange Fruit” in 1939 until he had her arrested on her death bed, while she was going through heroin withdrawals, in 1959. After her death, his career only grew. He served as the commissioner of the FBN until 1962, when he retired from it at the age 70. After that he went on to serve for two years as a U.S. Representative to the United Nations Narcotics Commission.

Gary Oldman, 24 Years Sober, May Have Noticed Some Things You Didn’t About Mank
The Single Word of Direction Cathy Yan Used on Both Dead Pigs and Birds of Prey