Whirlybird Doc Soars Over Fires, Riots and Killings to Tell the Origin Story of Breaking News 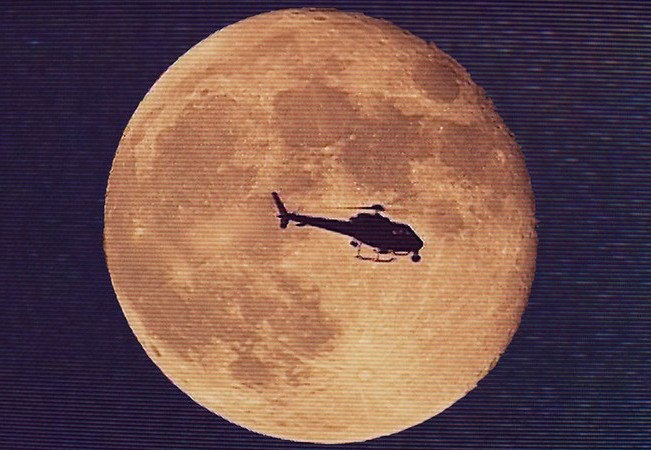 Whirlybird tells the story of two young reporters who start out speeding through the streets of 1980s Los Angeles, sometimes with their young daughter in the car, chasing the police pursuits, murders and fires that fueled the early days of breaking news. Everything changes when they buy their own helicopter.

The young daughter grew up to be Katy Tur, an NBC News reporter who became famous for her coverage of the 2016 presidential election. Her parents were known at the time as Bob and Marika Tur, but Bob transitioned to become Zoey, a woman who now struggles with her past behavior during the high-stress years of chasing cops, chaos, and the likes of Sean Penn, Michael Jackson and O.J. Simpson.

With Whirlybird, which premiered at the Sundance Film Festival on Sunday, director Matt Yoka set out to make a great documentary about the early days of breaking news. And he has: Whirlybird is a fascinating origin story of hot-pursuit news coverage.

Also Read: Sundance Moviemakers Share Inside Tips — and Who They Want to Meet

But by going through Zoey and Marika Tur’s thousands of hours of archival footage, Yoka also tells a fascinating family story. The Turs have shared footage of marital conflict that gives the viewer strong sympathy for Marika Tur, and Zoey Tur spends much of the documentary expressing regret and sorrow over the behavior of “Bob,” a name she uses in the third person.

The entire Tur family recalls the highs of breaking news from the skies — but also the intense stress of trying to be first, while staying aboveground.

Los Angeles was the birthplace of the kind of live, breaking news that now feels commonplace. In May 1974, local station KNXT used a microwave transmitter to broadcast a face-off between police and Patty Hearst’s kidnappers, the self-styled radicals known as the Symbionese Liberation Army.

Years later, the Turs took the microwave technology to the sky to whip exhilaratingly from fires to water rescues to shootings to car chases — especially one involving a certain white Bronco.

Yoka, who has reported previously for Vice News, takes care to film everything from the perspectives the Tur family had in the 1980s and 1990s. They watch the L.A. riots break out with no realization of how historic they will become.

More than once, the whirlybird comes down to earth, and the journalists inside become rescuers of people with no other hope of survival. Those are the good times.

But when the rush of breaking news wears off, everyone is left to consider the personal costs — and what is was all for. Whirlybird helps us understand breaking news as a high-flying addiction like any other — one that, for the Tur family, left lots of pain behind.