When The Godfather Was a Breakthrough for Diversity 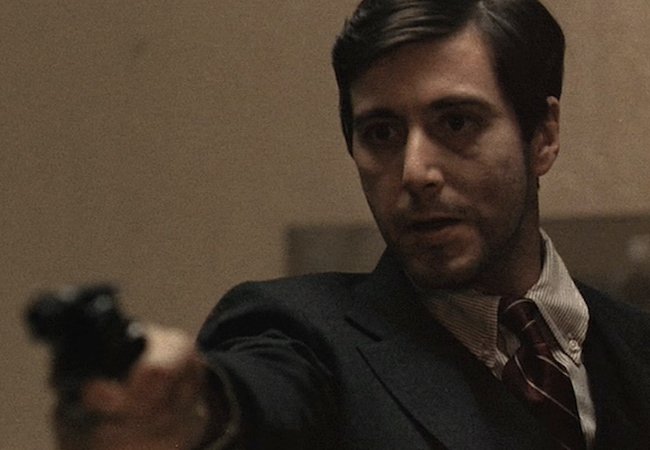 Hollywood whitewashing is as old as Hollywood. Chinese-American actress Anna May Wong, for example, lost out on the chance to play a Chinese character in The Good Earth in 1937, and a white actress, Luise Rainer, won the Oscar for Best Actress for the role.

Then, as now, some people said actors should be allowed to play any role, regardless of their backgrounds. That view is no longer a popular one in Hollywood. Today the industry is going to previously unimaginable lengths in the name of diversity and representation. The recent Oscars diversity standards were part of an effort to make sure people of color, as well as LGBTQ people, tell their own stories. Scarlett Johansson and Halle Berry have memorably backed out of playing trans characters following criticism. In response to the Black Lives Matter movement, several white actors announced that they would no longer voice cartoon characters of different races.

But the discussions around casting and identity aren’t a new case of political correctness run amok, as some online critics and trolls contend. The debate over The Godfather interestingly parallels the modern one over representation.

The new season of Fargo is the latest of many films and books to make the argument that America’s definitions of “white” and “mainstream” have evolved over time. On the series, set in 1950, Chris Rock’s Loy Cannon argues that to most Americans, Black people and Irish and Italian immigrants are all lowly outsiders.

The parallel doesn’t completely track — the immigrant mobsters aren’t a generation or two away from slavery, and would have an easier time passing as WASPs, if they tried. But it is true that mainstream film and television saw Italian-Americans as somehow new and exotic from the 1950s through 1970s, the way Hollywood seems to periodically “discover” new groups of people today. (“TV Pilots 2015: The Year of Ethnic Castings,” Deadline declared in a headline five years ago.)

Glenn Kenny, author of the new book Made Men: The Story of Goodfellas, recalled in a recent interview that when The Godfather was in development, almost no one was excited by the prospect of a mob movie. The 1968 film The Brotherhood, starring Kirk Douglas as a mob boss, had just bombed.

“One of the reasons The Godfather was such a tough sell was that those movies like The Brotherhood bombed, and they bombed because they were ridiculous — because they had these people who had no relation to the subject matter trying to incarnate these Italian-American mobsters,” he said.

Robert Evans, the Godfather producer who died last year at 89, told Fresh Air in 1994 that he pushed for Italian-American director Francis Ford Coppola because he wanted to “smell the spaghetti.” Evans, who was Jewish, said he was tired of seeing Jews portray Sicilians.

Then, as now, some quietly grumbled that certain filmmakers or actors received jobs they weren’t qualified for because studios wanted people of a particular ethnicity. That was certainly the case with Coppola, Evans said in a 1977 interview with the City Lights talk show.

“I had tremendous criticism given to me for signing Francis to do this picture,” Evans said. “He had never had a successful film. … He had made You’re a Big Boy Now, Finian’s Rainbow and The Rain People. Put them all together, they don’t make the box office of a newsreel. And I still felt Francis was the right person for this because I wanted a second-generation Italian to do this picture. … I wanted that Italian flavor.”

“The way The Godfather kind of broke through that was to cast people who looked and sounded authentic. And that was one of the many innovations that made the film a classic that resonates,” said Kenny.

One way it resonated, Kenny notes, was in the films of Martin Scorsese, who often turned to the New York neighborhood where he grew up when it came time to cast films like Mean Streets. But it also resonates in films today.

In the case of The Godfather, holding out for authenticity in casting and storytelling led to one of the greatest films of all time.

You can listen to Made Men: The Story of Goodfellas author Glenn Kenny on the MovieMaker Interviews podcast, on Apple or Spotify or right here:

Before The Boys Season 2 Finale, Listen to This (Podcast)
Yellow Rose Director Diane Paragas on the Scene She Took Directly from the News (Podcast)