When SuperUser Do Lost Our Main Location, We Made Do 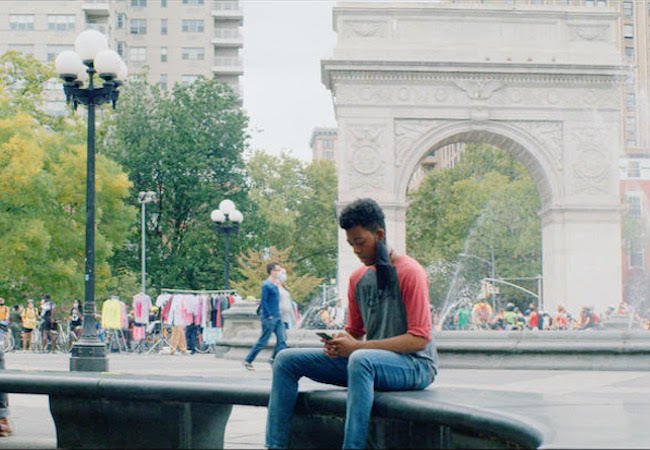 SuperUser Do is a pilot that premieres this weekend at the North Fork Television Festival. In this piece, director and producer Elias Plagianos explains how the production quickly adapted when it lost a key location at the last moment.

All the pieces were falling into place to begin production on our indie project superUser Do. The schedule was set, our locations locked, and we had a wonderful, diverse cast and crew who were enthusiastic to get back to work. We were prepared to conquer COVID-19 production — and then we got a call.

“There is going to be a huge protest in Washington Square Park tomorrow.” We had been leaning into an “in the moment” storyline. But not it was leaning into us.

SuperUser Do tells the story of a Black computer science student who loses his scholarship after being arrested at a Black Lives Matter protest.

Washington Square Park was to have been our centerpiece location. It was the spot where our main characters, a group of Black computer science students, would spend time in-between classes. To tell the story, we required a space that was public, outdoors, and an authentic setting in New York City where students hang out. Since no university would let us film on their campus due to COVID-19 restrictions, shooting in the park was a clever way to have the feeling and look of a quad without being on one — and with a premiere date just weeks away, we had no other options.

This is where being an indie creator is most difficult, and most exciting. You have a seemingly impossible problem to solve, no money, no time, and no option to not deliver the project you promised. The only thing you have to rely on is the belief that there is no problem that can’t be solved creatively with a dedicated team of passionate filmmakers.

Within two hours, we had rewritten the script to replace much of the Washington Square Park location with a rooftop in Brooklyn, the only safe outdoor location we had access to. The plan was to split up the team. Team 1 (a skeleton crew) would head to the park to film a quick establishing scene early in the morning before the crowds arrived, while Team 2 ran to the Brooklyn Ikea to pick up supplies to construct and dress the rooftop set. Everything needed to be ready to start filming as soon as we arrived.

We still absolutely needed a piece of Washington Square Park to sell the setting of our show, so first thing in the morning we staged the opening scene with our two young actors. We found a relatively quiet spot with a wonderful backdrop, and then pleaded with some local characters to stay out of frame for a few minutes while we sat down and politely ushered some stragglers around the handheld camera.

With a crew of only four, we were able to keep an incredibly low profile. The skies were overcast in the perfect way to avoid harsh light, and we were able to get our scene just as the park started to fill up. Had we not had our rooftop location ready to go, it would have been impossible to film the rest of our narrative with the massive loud crowds entering the park.

Whether it is a pandemic, a social revolution, or just rain, there are always obstacles to overcome — and there is always a creative solution. That is what makes being an independent creator so special and it’s why we keep making movies — no matter the circumstances.

SuperUser Do, produced by the North Fork TV Festival from a grant by the Alfred P. Sloan Foundation, is based on a script by Zuff Idries and directed by Elias Plagianos. It is produced by Kathleen Burke, Brett Dameron and Plagianos. It is executive produced by Noah Doyle and Jonathan Shafter. It is co-produced by Stacey Van Gorder. The pilot stars Ojobayo Lyons, Tramaine Bembury, Reena Alter, and Jim Kempner.

AMC Now Renting Theaters for $99
‘You’re Not the King of Dirk’: Boogie Nights and The Promise of Paul Thomas Anderson (Book Excerpt)