When Joan Didion’s Worst Screenwriting Experience Turned Into Her Best 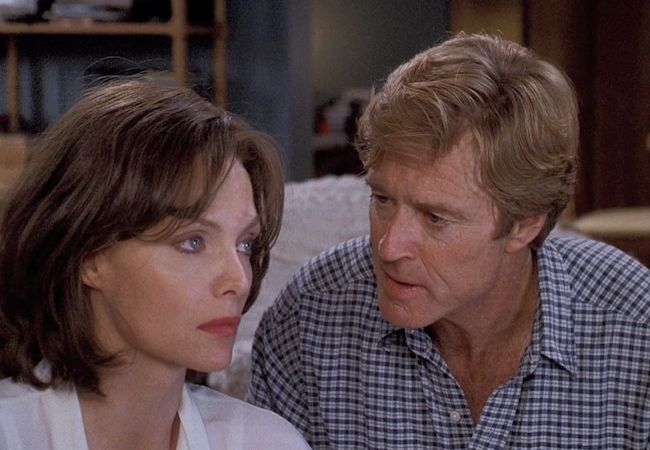 Screenwriting couple Joan Didion and John Gregory Dunne had such an awful time working on Up Close and Personal that Dunne titled his eventual memoir of the experience Monster. In the book, Dunne recounted constant clashes with the film’s producers, including director Jon Avnet, as he and Didion struggled to write something great — or at least to fulfill their contractual obligations.

Didion died Thursday at the age of 87, leaving behind a cinematic legacy that also includes such Didion-Dunne collaborations as 1971’s The Panic of Needle Park, a breakout for Al Pacino; a 1972 adaptation of Didion’s stunning 1970 novel Play It As It Lays; and the 1976 version of A Star Is Born. Her literary work also included the classics of memoir and reportage Slouching Toward Bethlehem (1968), The White Album (1979) and The Year of Magical Thinking (2005).  The latter book, about Didion’s shock and grief over Dunne’s death in 2003, won the National Book Award for Nonfiction and became a Broadway play starring Vanessa Redgrave.

Didion and Dunne’s Hollywood success and experience in journalism seemed to make them the ideal pair to write Up Close and Personal, in which a TV veteran played by Robert Redford mentors a promising young reporter played by Michelle Pfeiffer.

But Didion and Dunne agonized over the film, as Dunne recounted in Monster: Living Off the Big Screen.

And yet, Dunne wrote, what began as one of his and Didion’s worst collaborations with a producer turned into their best.

“We basically said every negative thing we could about each other in as witty a form as we could,” Avnet told the MovieMaker podcast in early 202o, adding: “I would say they were more witty than me.”

“We started enjoying the negativity of it, until we realized that we really enjoyed this faxed correspondence. We were making progress with the script. As it would happen, the worst turned into the best. They rewrote every movie I did after that.”

Their skills seemed endless. “They were also highly professional journalists, who took separate notes, and argued amongst themselves — and never brought anyone into that argument.”

He gestured to his desk.

“At one point, sitting at this desk, they were going off to Hawaii, and there was one scene we couldn’t crack, and I said, Oh just go away, we’ll get it when you come back. the next morning they left me three versions of the scene, with the line, You choose.”

He became friends with Dunne and Didion for the rest of their lives.

You can listen to the full interview on Apple, Spotify, or here:

Main image: Michelle Pfeiffer and Robert Redford in Up Close and Personal, directed and produced by Jon Avnet and written by John Gregory Dunne and Joan Didion.

Did Gerald Cotten Fake His Own Death? Dead Man’s Switch Director Says Probably Not
Jockey Writers Clint Bentley and Greg Kwedar on What Goes Into a Healthy Writing Partnership