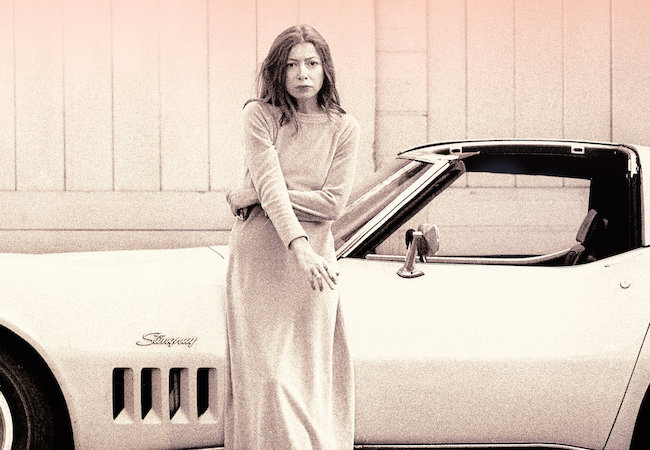 R.I.P. Joan Didion, one of our greatest writers; a last-minute Sopranos gift idea; Michael Keaton will play Batman in Batgirl; Sundance will be very careful this year; let’s talk about 8-Bit Christmas. All in today’s Movie News Rundown.

But First: Why not sign up to receive this newsletter in your inbox? It only takes 10 seconds.

R.I.P. Joan Didion: The author whose cooly brilliant works included The White Album, Slouching Toward Bethlehem, Play It As It Lays and The Year of Magical Thinking has died at 87. She had already completed 1968’s Slouching Toward Bethlehem — classic reportage on 1960s Californian culture and counterculture — as well as 1970’s stark and stunning novel Play It As It Lays, when she and husband John Gregory Dunne took up screenwriting. Their collaborations included 1971’s The Panic of Needle Park, a breakout for Al Pacino; a 1972 adaptation of Play It As It Lays; the 1976 version of A Star Is Born; and 1996’s Robert Redford and Michelle Pfeiffer journalism drama Up Close & Personal. Dunne’s book Monster: Living Off the Big Screen, is an essential read on moviemaking, recounting his and Didion’s constant fights with Up Close and Personal producer Jon Avnet as the couple jetted from Malibu to Hawaii to New York City to write. At the 13:30 mark below, Avnet talks about how the fighting with Dunne and Didion turned into mutual admiration, and eventually a loving friendship.

Her Influence: Was endless. One of her most obvious admirers was Bret Easton Ellis, who took inspiration from Didion’s numb, deadpan prose to write his debut novel, Less Than Zero. In an interview we just posted just yesterday with The Scary of Sixty-First director Dasha Nekrasova, she answered one question by simply referencing the title of Didion’s first novel: “Play it as it lays.”

One Time: What I always think about when I think of Joan Didion was being in Bocas del Toro, Panama, trying to sort out what to do with my life after a big career move went hilariously poorly. I was hoping to write a lot, but my $12-a-night accommodations were incredibly sweaty, and outside was even hotter, and I couldn’t think straight. I found a little bar where I could drink iced coffee, and its little bookshelf included a worn paperback copy of Play It as It Lays. The coldness of the prose settled me into an illusion of comfort.

Sundance: January’s hybrid festival, which already had a strict masked and vaxxed policy, will also require boosters, and will have reduced seating capacity. Also, no food will be sold at screenings, so no one has any incentive to remove their masks.

Pause: The Critics Choice Awards, which were to have been presented Jan. 9, will be delayed so that awards season can be even longer because of Omicron. The Academy of Motion Picture Arts and Sciences’ Governors Awards, which had been scheduled for Jan. 15, will also be delayed.

Holy Merged Cinematic Universes, Batman: This is all kind of a mishmash, timeline-wise, since the Batman in Justice League was played by Ben Affleck. In the Tim Burton Batman films, in which Keaton starred, Gordon was played by Pat Hingle, who died in 2009. How will Batgirl reconcile all this? Will it even try? Tune in to Batgirl, same Bat-time, same Bat-channel. Oh, or actually: Keaton will also play Batman in The Flash, which involves multiverses, and might work out the whole intersecting Bat-universes situation.

Speaking of Batman: In the latest episode of the Low Key podcast, Aaron Lanton, Keith Dennie and I discuss the new HBO Max Christmas movie 8-Bit Christmas, but end up discussing Christmas movies good and bad, from A Christmas Story to Batman Returns to Jingle All the Way. I also make a very embarrassing, very middle-aged-white-man detour into Steely Dan and De La Soul. Here you go:

Speaking of Multiverses: The Marvel Cinematic Universe has several as well, as demonstrated by the perfectly fine new teaser for Doctor Strange 2: In the Multiverse of Madness.

My Only Christmas Gift Suggestion: The new Woke Up This Morning: The Definitive Oral History of The Sopranos, by Michael Imperioli and Steve Schirripa, is very hard to put down and a perfect companion to their magnificent, recently wrapped podcast about the show. The book would be a perfect gift for your your sweet wonderful mom, given her not-very-secret crush on Silvio.

A Taste: One of my favorite details in the book is that Steven Van Zandt, who was best known as Lil Steven in the E Street Band before he played Silvio, Tony Soprano’s right-hand man, occasionally drew on his awkward conversations with Bruce Springsteen for his scenes with James Gandolfini. “In the end, I used my relationship with Bruce Springsteen, which was kind of the role of the advisor, the consigliere, kind of the underboss.” To which Schirripa quips, “You were the underboss to the Boss.”

De La Soul: This exquisite song is 32 years old. Someone should bring it back to lively up a perfectly fine movie, the way this year’s Tom & Jerry dropped A Tribe Called Quest’s “Can I Kick It” with surprising charm.

Main image: Joan Didion: The Center Will Not Hold, directed by Griffin Dunne, courtesy of Netflix.