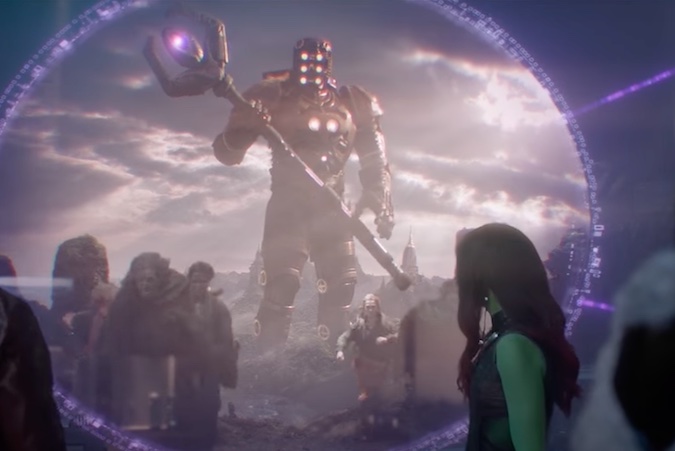 How internet fun-havers made AMC stock soar; lots of stuff to excite Marvel people; what “volumetric capture” is and how it works. Plus: Eson the Searcher has his day. All in today’s Movie News Rundown.

Blue_Whale: I wrote about the grimly effective new Russian “Screenlife” film, which depicts a nasty teenage conspiracy playing out on a single screen. Now playing at the Fantasia Film Festival, it benefits from the fact that American audiences may not know where the cultural guardrails are in a Russian film.

AMC Stock: Variety has this interesting look at how AMC stock has soared more than 1,500% since January, thanks in large part its status as a “meme stock.” It was at $2.01 a share on January 4, and is hovering around $35 this morning, down from a peak of over $60 a share in early June. Variety notes that in its latest earnings call, the country’s largest movie chain “tailored its remarks to appease its new base of young retail investors, many of whom are more interested in sticking it to Wall Street short sellers than they are on rewarding business fundamentals.”

‘Labor Pains’: Deadline boss Mike Fleming also exclusively has an update from way behind-the-scenes of Scarlett Johansson’s lawsuit against Disney for its decision to release Black Widow in theaters and homes simultaneously. He reports that she was in the hospital, in labor, delivering her first child with Colin Jost, when Disney “issued that abrasive statement questioning her lack of sensitivity or even recognition of the pandemic, and noting her $20 million Black Widow paycheck.” He adds, “How could Disney know the stork was arriving so imminently. But talk about terrible timing!” And yes, Deadline made a labor pains joke — it works on so many levels.

Eternals Final Trailer: This article led me to believe that Chloe Zhao’s The Eternals might be a little less CGI-driven than other Marvel films. This final Eternals trailer suggests otherwise. I’m still interested.

Who Is That With the Six Glowing Eyes? I don’t know. A bunch of nerds on Twitter thought it was Galactus but then a bunch of other nerds were like Hahaha losers. That’s Eson the Searcher, which is exactly what Twitter should be used for. Good job everyone.

Comment of the Day: “Too much shop talk. The article lost me,” says “Brattley” about this discussion between Demonic director Neill Blomkamp and In the Earth director Ben Wheatley. I edited the piece and agree there’s a lot of technical detail, but I personally enjoyed making sense of it. (And learning what “volumetric capture” is.) It’s also by far our most-read article this month.

Oh Come On, What Is ‘Volumetric Capture”? Per the article, it’s an optimal technology similar to LIDAR (light detection and ranging) that can illustrate a virtual, eerily realistic world.  Blomkamp did it through Unity, a platform by Unity Technologies often used to develop video games, and Wheatley sees it as an extension to the “bullet-time” of The Matrix. One example is this image: 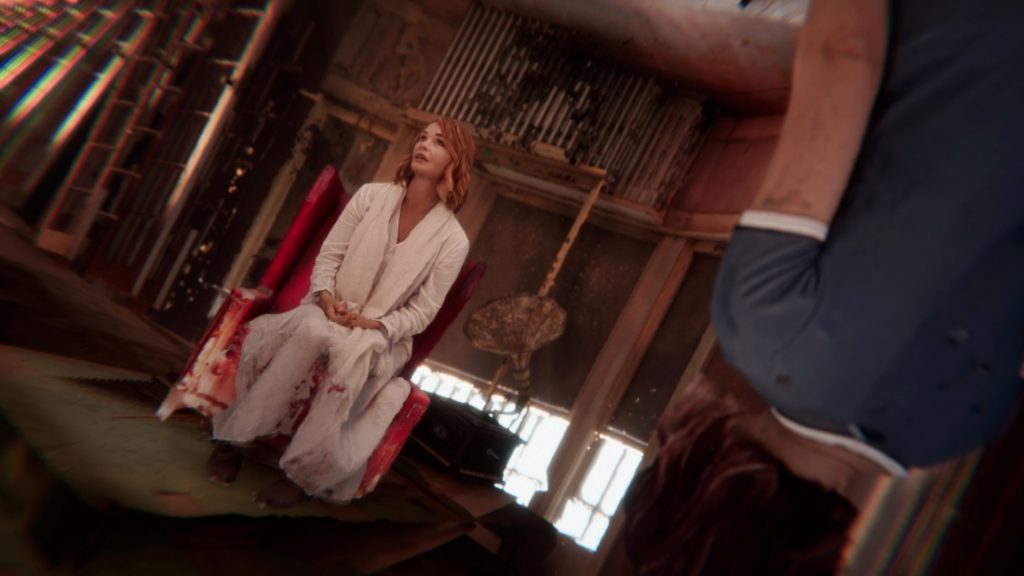 A scene using volumetric capture in Demonic, written and directed by Neill Blomkamp.

Adds Blomkamp: “Instead of motion capture, where you’re assigning the motion or facial capture that we gather from an actor onto a 3-D avatar, this process was really turning the video files from multiple cameras into geometry. Which is like LIDAR… It’s 24 frames per second of individual bespoke pieces of geometry, with textures on them.”

Tell Me More!: This person on YouTube has some tutorials.

More About Galactus and Esos the Searcher, Please! Galactus was in 2007’s The Fantastic Four: Rise of the Silver Surfer, a movie we’ve all definitely seen, right? And Eson the Searcher is a Celestial (the Celestials created The Eternals) who once wielded the Power Stone, which is of course one of the Infinity Stones, according to these very dedicated fans. He’s apparently briefly in this scene in 2014’s Guardians of the Galaxy:

Oh No: My beloved Uncle Frank forwarded this newsletter to one of his very nice friends yesterday, suggesting he sign up, and I’m very afraid that after this one he probably isn’t going to.

Main image: Eson the Searcher — I mean probably, right? — in Guardians of the Galaxy.