What Actually Happened to Morpheus and Zion in The Matrix Resurrections? 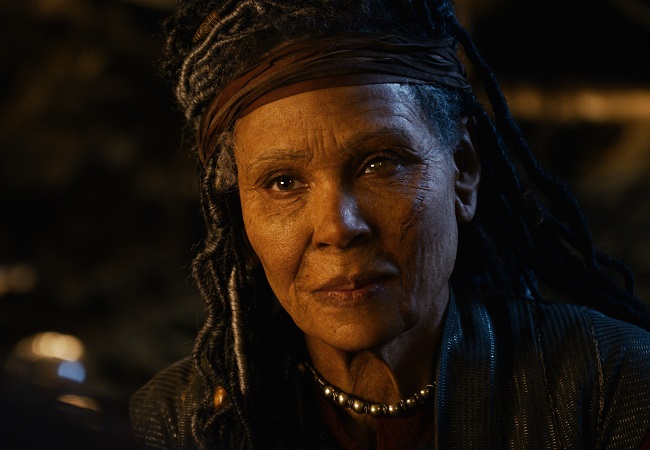 This article contains spoilers for The Matrix Resurrections.

Among the many, many curious aspects of The Matrix Resurrections (out now in theaters and on HBO Max) is the absence of Laurence Fishburne and Hugo Weaving even while their characters — Morpheus and Smith, respectively — are back for more. Sort of.

We don’t know why Fishburne and Weaving were left out — no one involved in the production has given any reason publicly, so there’s no point in speculating wildly. In The Matrix Resurrections, the rebooted Smith is played by Jonathan Groff from Mindhunter, and Morpheus is played by rising superstar Yahya Abdul-Mateen of Aquaman and Watchmen. Or, rather, he’s playing a version of Morpheus.

This Morpheus is not actually Morpheus, but a new fake Morpheus that Neo built in a “Modal” — a construct akin to the Mobile Avenue station from “Revolutions” or the loading program where Neo (Keanu Reeves) and Trinity (Carrie-Anne Moss) got “lots of guns” in the original movie. Neo uses this Morpheus as a sort of backdoor for himself, and the program helps him break free of the Matrix once again, with assistance from some real-world folks.

We don’t learn anything about Morpheus until Neo pays a visit to Io, the new primary human city in the real world, where people live alongside “synthients” — machine folks who joined up after the events of Revolutions. In Io, Neo is reunited with Niobe (Jada Pinkett Smith), who sorta fills him in on what happened with Zion.

Also read: Jared Leto Came Up With That Urination Scene in House of Gucci, Writer Says

What we know about the fate of Morpheus and Zion

“Zion was stuck in the past. Stuck in war. Stuck in a Matrix on its own. They believed it had to be us or them. This city was built by us AND them,” Niobe says. “All of the troubles started in the machine cities. Power plants were unable to produce enough energy. Nothing can breed violence like scarcity. For the first time, we saw machines at war with one another. We got word from the Oracle about a new power rising. That was the last we heard from her.”

And, finally, as they stroll into what very much looks like a memorial, she gets to Morpheus — whose statue is the centerpiece of the small monument.

“After the siege he was elected unanimously high chair of the council. Oh, how he loved that. But as rumors of this new power spread, he ignored them. He was certain that what you had done could not be undone. All of these people never stopped believing in miracles, believing in you.”

And that’s it. The film stops short of actually telling us what happened. Neo’s response — “I’m sorry. How could I know this would happen?” — would seem to indicate there was more to this scene on the cutting room floor. But the implications are pretty clear: Zion was destroyed and Morpheus was killed because he led as though their struggles were over. As if Neo parleying with the machines and defeating Smith solved all their problems.

But the Matrix is just like our world. There’s always more work to be done, and more conflict. There’s no happily ever after. There’s just the next thing we gotta deal with.

Some folks out there have a theory about this. You may recall the video game The Matrix Online — which came out after the trilogy and detailed what went on in the immediate aftermath of Neo’s sacrifice. Morpheus died in that game, and some fans want to dredge that up here.

But I don’t buy it. What went on in The Matrix Online involved plenty of fighting — while there may have been a truce between Zion and the machines, it was still a very messy, very precarious situation. And that doesn’t line up with Niobe’s vague story, which makes it sound like Morpheus had become blind to all conflict, living in denial about the true state of things. There’s no good way to make these things line up.

My guess? Somebody involved in The Matrix Resurrections (whether Lana Wachowski or some Warner Bros suits) wanted to keep open the possibility of bringing Fishburne back in a hypothetical future movie, and so this story was given significantly less finality. That doesn’t really seem necessary since the title of the movie is referring to literal resurrections of dead people so it’s not a perfect explanation. But, as I said, it’s just a guess.

The Matrix Resurrections is now in theaters and on HBO Max.