Jared Leto Came Up With That Urination Scene in House of Gucci, Writer Says 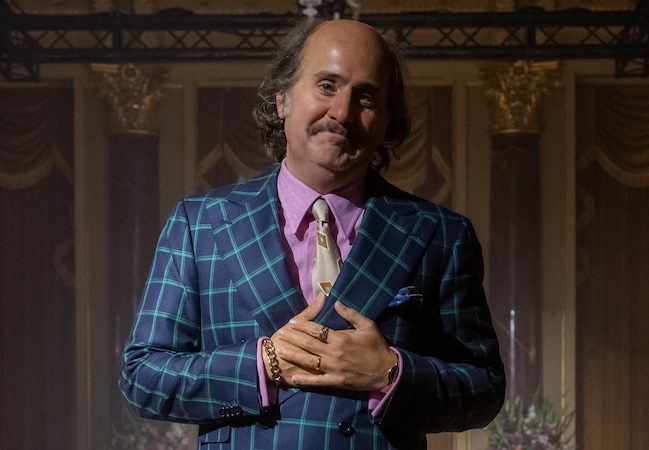 One of the most over-the-top scenes in the delightfully outlandish House of Gucci arrives when the clownish Paolo Gucci, played by Jared Leto, urinates on a tasteful scarf his uncle Rodolfo Gucci once created for Princess Grace of Monaco.

Sara Gay Forden’s book House of Gucci, on which the film is based, explains that Rodolfo Gucci originated the Flora scarf when the princess visited a store, and, when offered a gift, asked, “Well, if you insist, how about a scarf?” He threw himself into the endeavor, and the scarf became emblematic of Gucci’s elegance and elitism.

In the film, Paolo Gucci’s urination on the scarf symbolizes his defiling of Gucci’s reputation. While Paolo never actually urinated on a Gucci scarf, as far as we know, he did earn Gucci a slew of negative headlines in his effort to seize more control of the family business and promote his own designs, which were widely considered inferior to those of the company. In the film, Rodolfo Gucci (Jeremy Irons) bluntly dismisses his nephew’s work as flagrantly mediocre.

Roberto Bentivegna, screenwriter of the film, says it was Leto who came up with the urination idea.

“So the funny thing is, in the screenplay, he actually throws or dumps the scarf in a fireplace,” says in the latest MovieMaker podcast, which you can check out on Apple or Spotify or here.

“So Rudolfo is sitting in a rocking chair, next to a fireplace. And Paolo sees that he’s got the scarf, and he takes it, and he just drops it in the fireplace and it goes up in flames. And he says, you know, with flames rising, ‘I’m going to start my own line.'”

“Jared was asking, could he piss on it? And I just love that. I mean, I just thought it was hysterical.”

That was just one of Leto’s spontaneous ideas, Bentivegna said.

“Every time every time he came on on set was like Christmas to me, because I knew that he was gonna do the part in a way that would be really, really surreal, and almost like a Peter Sellers performance. You know, the thing about the chocolate and shit was not written — when he says, ‘Trust me, I know the difference,’ that was that was his idea.”

House of Gucci is now in theaters.