Cinema Law: What Are Your Rights When Filming a Criminal? 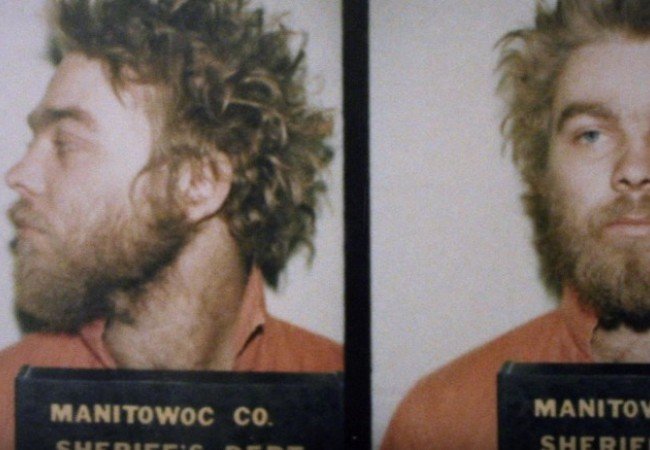 Q: As a producer, what are my rights when filming a documentary subject as he confronts a criminal about a past crime and/or as we uncover criminal activity? What are the rights of the criminal we want to film, particularly in California?

Believe it or not, this isn’t the first time I’ve gotten this question. I guess Making a Murderer and The Jinx got a lot of filmmakers interested in the true crime genre. When you’re shooting a documentary, it’s good to keep in mind this rule of thumb: Your rights as a filmmaker never supersede the rights of your subjects, even if one of your subjects is a suspected criminal. Yes, you have the right to confront someone you suspect of a crime on camera. And they have the right to not participate. They also have the right to sue you to prevent you from using the footage. If a person doesn’t want to be filmed, that’s pretty much the end of the story. Using their name or likeness without permission can result in a variety of legal claims against you. Claims like:

1. If the subject believes that by being filmed, falsehoods about him are being spread and those lies are damaging to his reputation, he might have a claim against you. That damage can take a number of forms: inability to secure a job or a loan, social expulsion, loss of income and anything else that prevents him from otherwise engaging in normal society.

2. Appropriation of likeness. You’re probably not just going to show your film to friends and leave it at that. No, most filmmakers want their work to be seen by a large and adoring public, which makes your work commercial in nature. And when money comes into the equation, that increases the chances of your subject being seen and ridiculed. Tort law allows those people whose faces, names or images were used without consent in a commercial manner to sue for damages.

3. Invasion of privacy. If you film the subject in a public place where there’s little expectation of privacy, you might be better off. But if you go to his house or place of employment, there’s generally a higher expectation that he won’t be filmed there. So if you film somewhere like that, you could end up being liable for damages.

It’s widely considered to be good practice to get the consent of everyone you film—even if it’s not legally required—because you don’t want to spend your valuable time fighting with someone who wants to thwart you. Documentaries require collaboration between subjects and filmmakers and if they don’t want to collaborate with you, your film could end up going nowhere, mired in litigation right when you want to be enveloped by film festival awards.

But let’s say you can’t get that permission. Is there anything you can do to mitigate your liability? Yes, there are some things you can do, though I must warn you that none of these strategies are foolproof and you could still wind up getting sued. For example, you can:

1. Ensure the camera is always visible when filming. Courts are much less accommodating of filmmakers who film surreptitiously, so if a subject sees your camera and continues talking to you, that might be a tacit approval, even if he never explicitly says it’s OK to film.

2. In the law, everyone has a reasonable expectation of privacy in their home, at work, in their car and in certain other places. It’s such a powerful right that the Third, Fourth and Fifth Amendments are built almost entirely around it and hundreds years of jurisprudence have backed up its importance. Don’t do anything that could violate that expectation. In other words, don’t film him in locations where he would expect solitude; do it in public so he can’t claim you invaded his privacy.

3. In some situations, you may be able to use the footage even without his consent (talk to a lawyer to find out if your situation qualifies). In those cases, you might want to hedge your bets by blurring his face or altering his voice.

Finally, know the relevant laws that could impede you if you film without consent. In many states, such as California, both the filmmaker and subject need to consent to filming for the footage to be usable. Otherwise, not only could you be civilly liable for the claims I mentioned above, but you could be criminally liable as well; a violation of Cal. Penal Code Sections 631 and 632 carries a fine of up to $2,500 and possibly even jail time.

And since your subject is a potential felon, and your on-camera talent could be discussing all manner of criminal activity with him, you should also know if your state requires you to report crimes to the local authorities. Many states do not require you to report evidence of a past crime to the police except in certain circumstances, such as violent crimes against minors—murder, rape or lewd conduct. Furthermore, some people—like teachers, medical professional, social workers, and therapists—carry a legal duty to report crimes against children.

If your subjects are talking about a crime that hasn’t occurred yet, you want to tread carefully, too. Knowing that a crime is about to take place, even if you’re not participating in it, could make you an accomplice, although in California, knowledge of the crime alone isn’t enough to be convicted. You would also need to intentionally encourage or facilitate the plan and be an active role-player in its commission.

My point is, just because you’re out for justice doesn’t give you carte blanche to say and do anything you want because the guy you’re going after may be a criminal. He has rights too. He has the right to privacy, the right to not have his reputation denigrated by slander or libel, and the right to not be filmed if he doesn’t want to. Although if it turns out he did commit the crime and inculpates himself on camera, you can certainly get the local authorities involved. In that case, he may also have the right to remain silent. MM

Have a legal question you want our advisers to answer in a future installment of Cinema Law? Send it into staff@moviemaker.com with the subject line “Cinema Law Question.”

Gregory R. Kanaan, Esq. is a New England-based attorney representing artists, filmmakers and designers in Massachusetts and New York. His practice focuses on entertainment and art law, as well as intellectual property issues. He has resolved disputes involving copyrights, publicity rights, trademarks, and contractual disputes for a wide range of independent filmmakers and design professionals. Prior to becoming an attorney, Mr. Kanaan was a television producer, creating documentaries and series for The Discovery Channel, Court TV, TLC, and A&E, among others. When not practicing law, Mr. Kanaan writes for his blog, The [Legal] Artist, which aims to educate creative professionals on the legal issues that affect them most.

Cinema Law: What You Should Know When Working with Someone Else’s Characters
Cinema Law: Getting the (Screenwriting) Credit You Deserve, For WGA Members and Non-Members Alike