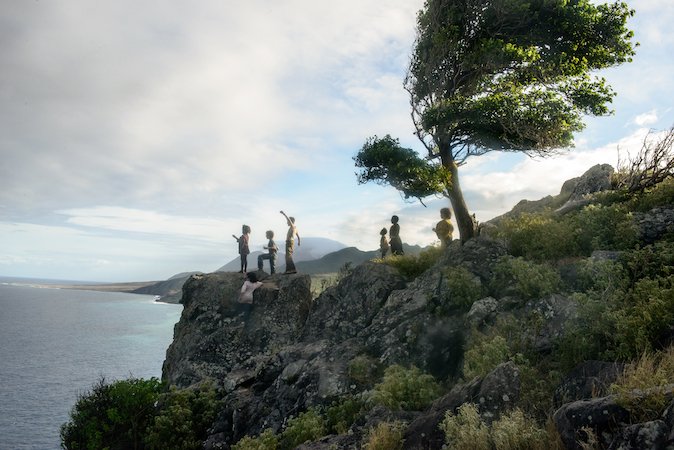 Beasts of Southern Wild director Benh Zeitlin had two co-writers on his new film Wendy. The first was his sister Eliza Zeitlin. The second was chaos.

After the 2013 Oscar campaign for Beasts, which included a Best Director nomination for Zeitlin, he wanted to return home to New Orleans and get back to work. He received offers to do other films, and turned them down, because he wanted to stay true to the unconventional approach he followed during the more than five years of making Beasts.

“A traditional film production is incredibly stratified, hierarchical, structured, everything is about control and not having any variables that could go wrong. Trying, as tightly as you can, to control what’s going happen. And my methods were all about inviting massive risk into the process,” he told MovieMaker.

Also Read: Year on Fire: How Claire Mathon Shot Portrait of a Lady on Fire and Atlantics

Instead of going the traditional route, he spent seven years on Wendy. And never stopped working.

“There wasn’t a break. I never took time off it. I started writing right when I got back from the Oscars and this crazy process just literally took all those years,” he added. Wendy arrives in theaters today. The reimagining of Peter Pan was shot in the Caribbean, largely with a cast of children who hadn’t acted before.

“The film isn’t really remaking any version in the past. It’s not really telling the original story from the J.M. Barrie play or the novel. It’s its own original story,” he said. “When I imagined Peter even as a small child, he wasn’t the British blonde kid and the green leaf outfit. He was this more ephemeral pixie that spoke to me. We wanted to take this idea of Peter and some of the basic characters, especially Wendy and Captain Hook, and use them as a framework to talk about the themes of the story.”

One idea in Barrie’s classic tale particularly struck Zeitlin. The author describes how the only children who can fly are the “gay and innocent and heartless.” Zeitlin wondered if kids could only fly if they didn’t care about anyone.

“That’s how I interpreted that, and I wanted to reject that premise by making a story about Wendy, who has so much heart and so much care and so much love for her family. Even as she’s the most wild and free, she’s never going let go of her people,” he said.

He wanted Wendy to be more like a community art project than a film set.

“There’s a threshold to what we can imagine as human beings, and there’s something beyond that where we can surprise ourselves and find new images and find new energy when the movie is such that you can’t control it. When you have to be playful and to just laugh when things go wrong, I find that there’s imagery, story beats, and a feeling there that I’m always chasing when I’m making a film,” he explained.

His methodology included: -“Doing things in a way that’s very real and going on the adventure that your film is as a filmmaking group.”

-“Working with non-actors. Trying to find real people who are in sync with the characters that you’re writing in your film.”

– “Going and shooting 100% on location. Taking on incredibly challenging locations and trying to shoot films in places where it’s never been done before and bring images to the screen that have never been captured.”

– “Continue working with my crew, which is very much my family and friends. Wanting to write a film with my sister and to keep my same producers.”

How Rachel Fleischer Turned a Breakup Into Her Short Film The End of Love
Horse Girl Ending Explained by Its Writers, Alison Brie and Jeff Baena