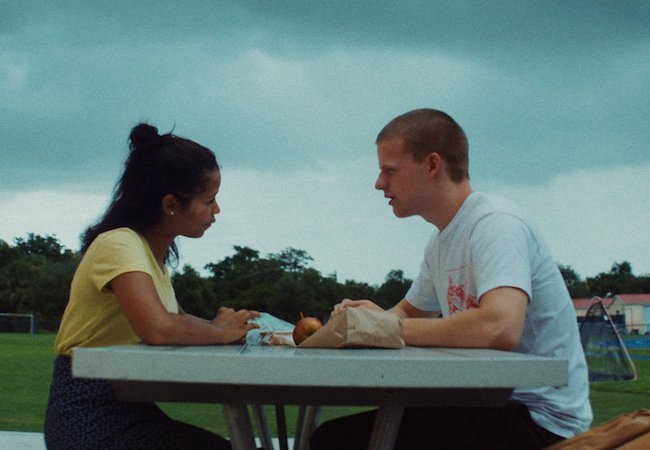 “For a long time I’ve loved movies whose ebbs and flows are driven by needle drops,” director Trey Edward Shults told MovieMaker in Los Angeles during the opening weekend of his third feature Waves, a stirring family drama with a musical soul. Because of Shults’ approach, the Waves soundtrack is unlike any other, and he broke it down for us track-by- track.

Also read: Why Taylor Russell Is OK With Being an Adult Who Plays High School Students

“When the songs can feel honest to the world and the characters, not only do they move the movie rhythmically and musically, but they also works on another level to bring you closer to those characters and their world,” he added. For Waves, he assembled a long, emotionally resonant playlist and listened to it as he wrote each scene, following the order of the songs to build his affecting narrative.

What resulted from this sensorial process was an unorthodox screenplay that had music embedded into it, with buttons for the tracks to play. (It also had different font sizes, color descriptions, aspect ratio references, and explanations for how the camera would navigate the spaces.) These elements, says Shults, were in place to capture the sprit of the film in the Waves screenplay, “make it read viscerally,” and give the reader a sense of how the cinematic experience would feel.

“Every song was so important. I just wanted to do them justice and hopefully the artist would be proud to have it in there,” notes Shults, who wrote letters to performers, and sometimes even cuts or scenes synched to music, with the purpose of obtaining the rights for the three dozen songs featured in his script. Going with similar or alternative options would have wrecked havoc on his painstakingly curated collection of tunes and the entire production, given how much he interwove his story and music for Waves.

“A story is being told from track to track if you lay them out in order with the arc of the film,” he explained.

And so we did just that, so Trey Edward Shults could decode the Waves soundtrack a song at a time. Read on to hear the songs and see why Shults chose them.

MovieMaker Wants to Hear From You: Take Our Reader Survey
Anne at 13,000 Ft. Director Kaz Radwanski Filmed in His Mom’s Daycare To Save Money