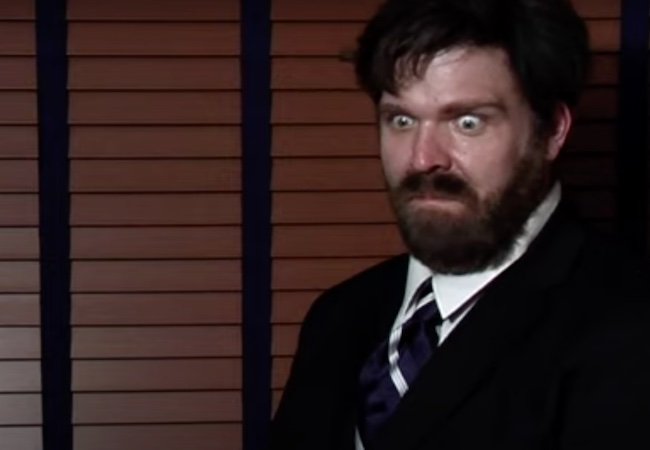 Nightmare Time Loop: Daily Show veteran Travon Free used a Groundhog Day-style time loop in his debut film Two Distant Strangers — but it’s heartbreakingly serious. The film tells the story of a man (Joey Bada$$) who is shot by a racist cop, again and again, no matter what he does. We talked with Free about the film and the astonishing way he got hired on The Daily Show. Let’s just say he came very prepared.  You can listen on Apple or Spotify or right here:

Pep Talk: If you need some inspiration to start writing, listen to the part starting at 42:40.

So, WandaVision: I wasn’t into the surface-level 1950s sitcom stories, which made the first two episodes kind of a slog for me, but of course I’m as curious as you are about who “the Beekeeper” is. DenOfGeek has some great great WandaVision beekeeper theories. I know it probably isn’t Swarm, but I really hope it’s Swarm.

Who or What Is Swarm? Here’s a quick explanation from Jon Morris, author of The Legion of Regrettable Supervillains, which compiles decades of lower-tier comic-book baddies: “I’m an unabashed fan of Swarm, the villain made of bees, whose origins reside in the killer bee craze which swept the U.S. in the late Seventies and the possibly apocryphal stories of Nazis reorganizing in South America, as per The Boys from Brazil.” Yes, Swarm was a former Nazi scientist, Fritz von Meyer, whose body was transformed into a swarm of of bees. I used to really like his creepy-buzz bee voice when I was a kid, as seen in the early ’80s cartoon Spider-Man & His Amazing Friends:

Why Yes: I did type and delete several things about the “buzz” around the WandaVision beekeeper, and the hive mind, and drones, and stings, but what you really need to know is that Jon Morris has a fun blog.

Comment of the Day: “Love this. You guys are the only ones who’ve managed to find people actually connected with Blood Circus. Fantastic,” writes LAShutterbug, referring to this. Thanks LAShutterbug!