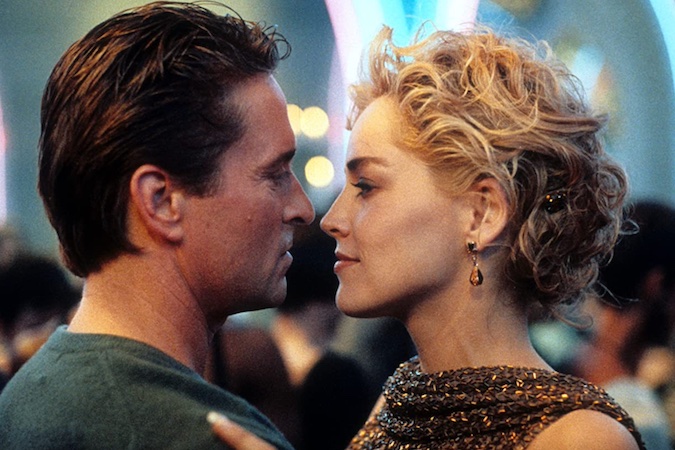 Paul Verhoeven says he storyboards his sex scenes; Paul Thomas Anderson’s daily routine; Quentin Tarantino wants you to be part of a collective. All in today’s Movie News Rundown.

But First: Passing director Rebecca Hall shares a very clever trick she’s picked up for getting actors to give good performances.

Paul Verhoeven: The director of Basic Instinct and the new lesbian-nun film Benedetta says he carefully plots out sex scenes – even storyboarding them — so that there are no surprises on set. (Sharon Stone may disagree.)

More Verhoeven: If You’re One of Those People who thinks Paul Verhoeven just churns out gratuitous sex and violence, I’d really recommend Jeffrey McHale’s documentary essay You Don’t Nomi, which came out last year and re-examined Verhoeven’s notorious flop Showgirls. You can listen to our interview with McHale about the film on Apple, Spotify, or right here:

Paul Thomas Anderson Has Been Up for Hours: This terrific Variety interview contains many insights about Paul Thomas Anderson, whose Licorice Pizza is out this month. But what I found most interesting is how he balances work and family: “He’s up by 5, in bed by 9 or 9:30, and rises before the sun, when he tinkers with scripts, watches movies, or just enjoys a few hours alone with his thoughts before he wakes up the four kids he has with Maya Rudolph.”

Full Sail Goes Mandalorian: Full Sail University, which is on our list of the Best Film Schools in the U.S. and Canada, just announced plans for a virtual production studio that will allow its students to use a technology currently being incorporated into projects like Disney+’s The Mandalorian. It will offer  a 40-foot-wide, 16-foot-tall LED wall, made up of 500 LED panels with a 2.8mm pixel-pitch, to create a digital background that actors can perform scenes against, as if they were walking through a real-life location. Students will not, unfortunately, be provided with Baby Yoda dolls.

‘You Become a Collective’: Quentin Tarantino is drawing attention for this lovely Late Show monologue about the value of seeing movies in a theater, as part of an audience. Watch:

Quentin Tarantino makes the case for why people should still go to theaters to see a new movie release. #LSSC pic.twitter.com/McpkrDiDcw

King Richard: Miami Dade College’s Miami Film Festivalannounced that King Richard is the winner of the MIAMI GEMS 2021 Audience Award. The film is produced by Will Smith, who stars as Richard Williams, father of Venus and Serena Williams, and it’s directed by Reinaldo Marcus Green. Julia, directed by Julie Cohen and Betsy West, was the first runner-up, and the second runner-up was Denmark’s animated Oscar submission candidate Flee, directed by Jonas Poher Rasmussen. You can learn more about the Miami Film Festival here.

Are You Thinking What I’m Thinking: Will Smith’s shameless, multi-decade campaign to woo the people of Miami has finally paid off.