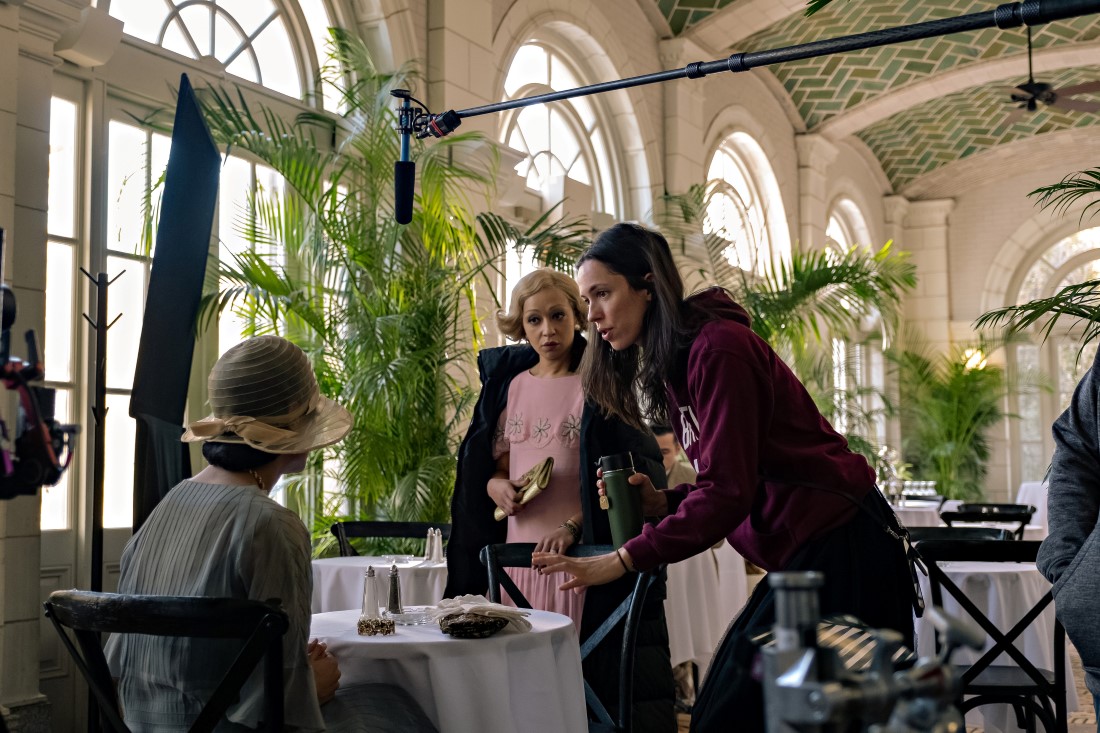 When actor Rebecca Hall moved into writing and directing with Passing, she brought years of observations from working with directors like Christopher Nolan and Steven Spielberg.

“I was always nerding out about everything on every set I’ve ever been on. I’m quiet about it, but I watch everything like a hawk,” Hall tells MovieMaker.

She stole one particular trick from a director she declines to name.

“I worked for a director once — who I will keep nameless, because this would blow a nice trick — who would occasionally say to me or the other actors: We’ve got it. It’s absolutely great. This one’s just for you. It’s for free,” Hall says.

“And that take would inevitably be the best, because the actor would feel at ease,” Hall continues. “It worked really well on me. I thought this was brilliant. Actually, it was complete nonsense. When they said, We got this, it was a straight-up lie. But it didn’t matter, because the next take was invariably going to be the one.”

Hall took cues from her father as for when it’s a good time to give notes to Thompson, Negga, and other actors.

“My father was a theater director, and I would often observe how he handled actors. He always had this uncanny ability to know the right moment to give an actor a note,” she says.

“There are times in the whirlwind of a film set — when an actor hasn’t settled into the scene yet, or when they’re feeling uncomfortable, they’re still working out their props, or any number of things — but there are moments when a note will not be heard, and will actually have the opposite effect of the note and be a disaster.”

But Hall acknowledges the lack of a “one-size-fits-all technique” that she could simply apply to her interactions with actors.

Directors must “have an intuitive understanding of what every actor individually needs, because we all work differently,” she says. “The trick is, What’s going to support them the best? What’s going to make them do the work the best?”

Passing, written and directed by Rebecca Hall, is now available on Netflix.