Untold: Deal With the Devil on Netflix: Where Is Christy Martin Now? 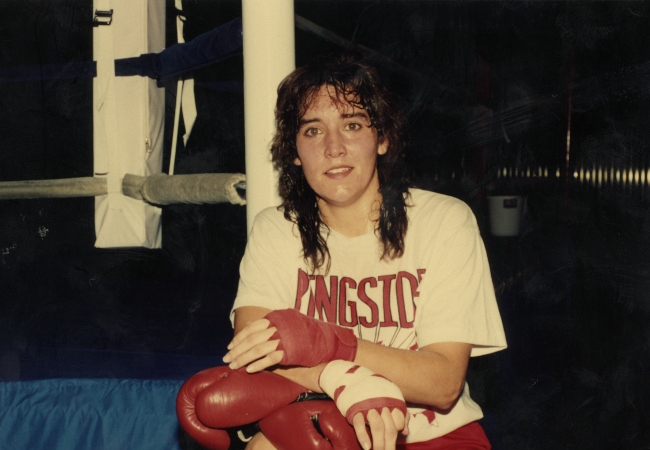 Netflix’s Untold: Deal With the Devil tells the harrowing life story of Christy Martin, a former American world champion boxer who the docuseries credits as being among the first to legitimize women’s participation in the sport.

The latest episode in the Untold sports documentary series is a testament to Martin’s ability to persevere through pain — from her rise to fame in the early 1990s to surviving being shot and stabbed by her former husband, Jim Martin.

Born Christy Salters in Mullens, West Virginia, and nicknamed “The Coal Miner’s Daughter,” Martin began her professional boxing career in 1989. She married her trainer, Jim Martin, in 1991, and she went on to win the WBC women’s Jr. Welterweight world championship in 1993 against Beverly Szymanski.

In 1996, she became famous for winning a blood-soaked match against Deirdre Gogarty, which was watched by 30 million pay-per-view subscribers, according to the Women Boxing Archive Network. She notably stole the spotlight from mainliner Mike Tyson that night, according to the docuseries.

In 2009, she won the WBC Women’s Super Welterweight title.

Also Read: 5 Chilling Details From Netflix’s Memories of a Murderer: The Nilsen Tapes

But on November 23, 2010, Martin returned home to her husband after having an affair with her high school sweetheart Sherry Lusk. According to a Reuters report from the next day, the police incident report said that Martin was attacked by Jim Martin with a knife and a handgun. She was able to escape from the house and flag down the driver of a passing car, who drove her to the hospital.

Martin was convicted of attempted second-degree murder with a firearm and was sentenced to 25 years in prison, according to the Orlando Sentinel.He remains imprisoned today.

Martin went on to compete in two more fights. She famously broke her hand in the second to the final round in her 2011 fight against Dakota Stone, at which point she was forced to forfeit the fight to Stone. She retired after losing her final fight in 2012 against Mia St. John, bringing her all-time score to 49 wins, 7 losses and 3 draws out of 59 total fights, according to the Women Boxing Archive Network.

Today, Martin is married to one of her former boxing opponents, Lisa Holewyne, who she fought and won against in 2001. She promotes boxing matches through her company, Christy Martin Promotions, and also supports survivors of emotional and physical abuse through her program Christy’s Champs. She was among the first class of women to be inducted into the International Boxing Hall of Fame, according to the docuseries.

5 Chilling Details From Netflix’s Memories of a Murderer: The Nilsen Tapes
Cryptozoo Writer-Director Dash Shaw Illustrates Each Stage of His Animation Process