5 Chilling Details From Netflix’s Memories of a Murderer: The Nilsen Tapes 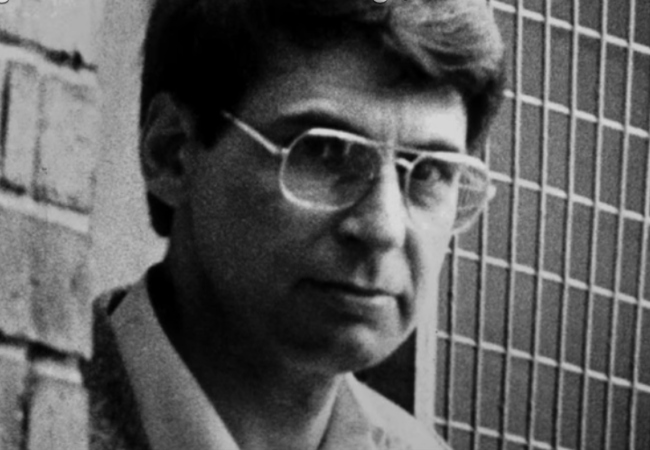 Memories of a Murderer: The Nilsen Tapes is narrated by the very man whose gruesome story it tells: Dennis Nilsen, one of Britain’s most famous murderers.

The Netflix true-crime docuseries includes his thoughts on a wide range of subjects, including the prison’s cafeteria food. When he says, “I am a man, not a monster. Awkward, isn’t it?,” viewers can decide if they agree.

Nilsen was arrested in 1983 after human remains were discovered in a drain under his house. He was later charged with the murder of Stephen Sinclair after he confessed to killing not only the people whose bodies were found inside and underneath his home, but “15 or 16 people” since 1978, detective inspector Steve McCusker explains in the documentary.

Nilsen was tried on six counts of murder and two counts of attempted murder. He pleaded not guilty, but was convicted on all counts, according to the BBC. He remained imprisoned from 1983 until his death in 2018. His cause of death was a pulmonary embolism and retroperitoneal hemorrhage, the BBC reported.

Here are five of the most chilling details about Nilsen’s life and crimes presented in Memories of a Murderer: The Nilsen Tapes.

He said he didn’t remember the names of his victims

McCusker recalls Nilsen being eager to explain all the details of the murders, but that Nilsen told him he couldn’t remember their names or how he had killed them.

“He would go into a pub and speak to someone, take them back to his flat, there would be drinking, there would be listening to music. The following morning, Nilsen would wake up, and there would be a dead body beside him. And when he was pressed on this, he just said he couldn’t remember what had happened.”

But Nilsen prided himself on being forthcoming with his answers to the police.

“There was no question I refused to answer, going into minute detail. If anything, no other British murderer has ever been so forthright in confronting his offending behavior than I have been,” Nilsen says in the documentary.

When he began his murder spree in 1978, he preyed mostly on gay men and boys who were involved in sex work in London, assuming that their disappearances would likely go unnoticed. However, it’s worth noting that not all of his victims were gay, and only eight out of the 15 that Nilsen says he murdered have been identified, according to the documentary. The victims that police identified, the doc says, are Malcolm Barlow, 23, Martyn Duffey, 16 Stephen Holmes, 14, John Howlett, 23, Kenneth Ockenden, 23, Stephen Sinclair, 20, Graham Allen, 27, and William Sutherland, 26.

“I wanted to see if he could remember anything extra about the pubs where he picked some of the victims up,” McCusker says in the documentary, “and he told us a lot of them were gay bars.”

In his tapes, Nilsen said he knew he was gay since he was a child, but lived most of his life in the closet because he had been taught to feel ashamed of his sexuality.

“I had the feeling of being somehow different. Perhaps being poor, thin, and shabbily dressed was that first definable assault on my awakening self-esteem. Not having a father to boast about might well have been another,” he says. “I was not into my second decade, and regarded as a criminal, an outsider, an abomination… of course I’m homosexual, but I keep myself to myself. The last thing anyone would ever admit to is being gay.” 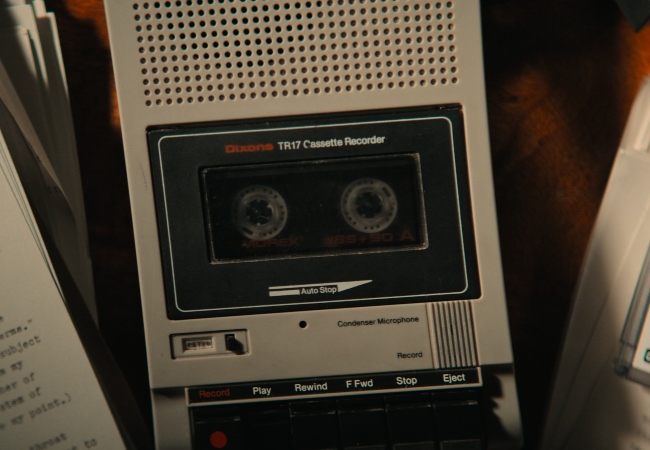 A cassette tape shown in Memories of a Murderer: The Nilsen Tapes on Netflix.

Detective Sergeant Bob Brenton recalls working with Nilsen when he was a police officer, describing Nilsen as “a real loner” who did not seem to enjoy his job and that he resigned a short time later. Brenton says he met Nilsen again later, before he had committed any murders, when he was brought into the police station after an underaged boy had been injured jumping out of Nilsen’s window.

Brenton says the boy described meeting Nilsen at a bar, going home with him, being given alcohol, and then waking up sometime later, naked, with Nilsen approaching him. He says the boy jumped out the window through broken glass to get away from Nilsen, but that the boy’s family refused to press charges.

“His father just said, ‘He’s not going to court.’ And I remember saying to his father, ‘Do you realize what is going to happen if you do not bring a prosecution? He’s gonna do this to somebody else,'” Brenton says in the documentary. “They were adamant. I was fuming. I didn’t say very much to [Nilsen] other than ‘You have no idea, Dennis, how lucky you are,’ because he would have gone to prison. Grievous bodily harm with intent — potentially life imprisonment. When you dealt with somebody, it was incumbent upon you to type out an intelligence card. And at the top of the card, I typed, ‘In my opinion, this man is a dangerous psychopath.’ I always think about what if they had said, ‘We’ll prosecute him.’ Who would still be breathing today?”

He said he was molested by his grandfather

Journalist Russ Coffey struck up a correspondence with Nilsen in prison after learning that he was writing an autobiography. Coffey recited the following statement from an excerpt Nilsen sent him from prison:

“For years, the subject of my grandfather lay simmering, unresolved, in the veil of my subconscious. I vaguely remember that concrete, slit-eyed pillbox where strange things had happened between my grandfather and me. It is a most horrifying admission to make that the only tactile contact I had in my early formative years was the painful and confusing paradoxical embrace of a pedophile.”

There are multiple, disturbing ways that Nilsen disposed of his victim’s bodies, including dismembering them, according to the BBC. The doc says he stuffed the dismembered bodies into garbage bags in his closet, under the floorboards of his house, and even disposed of them in a sewage drain. He also burned the bodies in a bonfire in his backyard and spread their ashes in the garden. Investigators later sifted through the soil and found pieces of bones and teeth, they explain in the doc, and in doing so were able to identify some of his victims.

Blue_Whale Is a Grimly Effective Russian Teenage-Suicide Screenlife Horror Film
Untold: Deal With the Devil on Netflix: Where Is Christy Martin Now?