Unsolved Mysteries Examines What Happened to Chloie and Gage, Children Missing From a 2012 House Fire

By Margeaux Sippell
Young photos of Chloie & Gage at the time of the fire, Courtesy of Cheryl Daniel

It’s been eight years since two young children were reported missing after their grandparents were killed in a mysterious house fire in Unionville, Tennessee — but their mother, Cheryl Daniel, still believes her children are alive somewhere.

The strange details of the case were re-examined in Wednesday’s “Lost in the Ashes” episode of the Unsolved Mysteries podcast from Cosgrove/Meurer Productions.

The children, 9-year-old Chloie Leverette and 7-year-old Gage Daniel, were living with their grandparents Molli and Leon “Bubba” McClaren at their rural farmhouse at the time. Chloie and Gage were last seen in the yard at 6:30 p.m. shortly before the fire broke out at approximately 10 p.m. on Sept. 23, 2012, according to ABC News.

Also Read: Gillian Anderson Was Almost Dropped by Her Agents Right Before She Landed The X Files

When investigators sifted through the farmhouse’s charred rubble, they discovered the elderly McClarens’ remains, along with their poodle and pet bird — but not a single trace of the children’s remains were ever found.

ABC News also reported that Tenessee officials put out an Amber Alert on the Friday after the fire occurred.

Dr. Hugh Berryman, professor and director of the forensic institute for research and education at Middle Tennessee State University, told Unsolved Mysteries that the likelihood of a body burning up completely without leaving a trace for investigators to find is extremely low.

“It’s been my experience that most house fires, people think that the bodies just burn up,” Berryman said. “I hate to use ‘It’s impossible,’ but it’s almost impossible to destroy a human body in a house fire… there’s going to be something left.”

But if the children survived the housefire, what happened to them?

The cause of the fire was never officially determined, but Cheryl Daniel believes someone is to blame for her children’s disappearance. 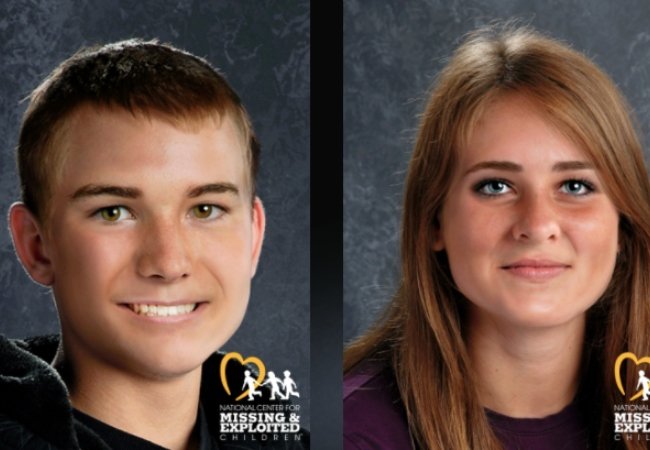 Age progressions of what Gage and Chloie might look like today, courtesy of the National Center for Missing and Exploited Children.

Also Read: Behind Her Eyes and Astral Projection: Things to Consider Before You Try It at Home

“My theory is it was arson,” Daniel told Unsolved Mysteries. “They said that the fire had aired and vented through the door that was left open in the basement. I had to read that a couple of times, because I was like, wait a minute, so the basement door was open? They knew this, the investigators did. Bubba was adamant about every night checking to make sure that basement door was locked before he went to bed. Every night. That was his routine, his habit, because that’s where he kept his tools. Somebody had to open that door to let it vent. That was an eye-opener for me. I believe it was arson, and because of everything that’s happened with Chloie and Gage being missing and not being in that house fire, it was intentional.”

Josh Devine, a spokesperson for the Tennessee Bureau of Investigation, told FOX 17 Nashville in 2018 that investigators are still stumped all these years later.

“From time to time, we’ll get tips, they’re vetted, and none to this point have proved helpful in trying to provide closure to this case,” he said. “This is absolutely a mystery. Fundamentally, we just don’t know what happened here.”

Today, Chloie would be 17, and Gage, who was diagnosed as a child with Dandy-Walker syndrome, a disability that affects motor skills and speech, would be 15. Age progressions of what they would look like now are updated every few years in the hopes that they might be found. You can see the most recent ones above.