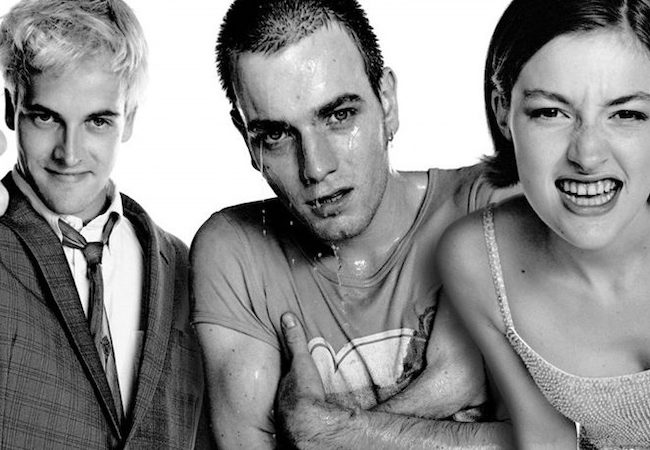 In today’s Movie News Rundown: Esquire considers Trainspotting a “feel-good classic”; some debate over the morality of Hannibal Lecter and Abraham Lincoln; lots of lions, wolves, and murder hornets.

Trainspotting: Esquire has an eye-opening look at the international breakthrough for Danny Boyle and Ewan McGregor — its relationship to Pulp Fiction, its curious structure, and how Iggy Pop, Lou Reed and Blur got us hooked on its soundtrack. Trainspotting just turned 25 — happy birthday and go get yourself a nice new toilet.

Lions and Tigers and Stitches, Oh My: In the latest, astonishing episode of The Industry podcast, Dan Delgado examines the 1981 box office failure Roar, a comedy about wild lions terrorizing a family. Seventy members of the cast and crew, including Tippi Hedren and daughter Melanie Griffith, suffered awful injuries during the five-year shoot. Yes, you read “comedy” and “five-year shoot” correctly. You can listen on Spotify or right here:

Murder Hornets: Let’s keep the scary creatures going, right? Michael Paul Stephenson, director of the Discovery+ documentary Attack of the Murder Hornets, shared some insane stories with Margeaux Sippell. Fun as murder hornets may sound, they actually pose a serious problems to honeybees, and by extension plants, and by extension us.

Wolves, Too?: At least some of them are kindly wolves. The directors of the widely acclaimed Wolfwalkers tell Deadline they’re working on an “epic” 13-episode series for Apple TV+. And here’s a discussion with the creative team, which begins with a gorgeous look at how they created their hand-drawn animation for the film:

How About Some Nice Lambs?: In Vanity Fair‘s 30th anniversary interview about The Silence of the Lambs, Anthony Hopkins says director Jonathan Demme wanted him to play cannibal psychiatrist Dr. Hannibal Lecter because he had seen him play “a really good man” in The Elephant Man. Hopkins recalls: “And I said, ‘Okay. Well, what about Hannibal Lecter?’ He said, ‘I think he’s a good man, he’s a very bright man. He’s trapped in an insane brain.’ I thought, Oh. And I think he was right, because what Lecter is really — it’s an old-fashioned word to use — but he’s a gentleman. He has finesse.”

Comment of the Day: In response to our story “5 Ugly Truths About Abraham Lincoln Exposed in Netflix’s Amend: The Fight for America,” Joel Caracci writes: “Missing from all of these points is the phrase: ‘and then his viewpoint evolved.’ Lincoln’s viewpoints at the beginning of the war are well-known and well-communicated, but what makes him an excellent leader is the changing of his thinking to true moral leadership. And even if you’re going to dismiss the Emancipation Proclamation as a ploy to get Black soldiers, then how can you use that argument against his fight to pass the 13th amendment?”

Finally: You can sign up here to have this newsletter emailed to you every day, and get invites to cool screenings and events, too.

Attack of the Murder Hornets: That Time a Deadly Insect Made a Beeline for the Director
Gillian Anderson Was Almost Dropped by Her Agents Right Before She Landed The X Files