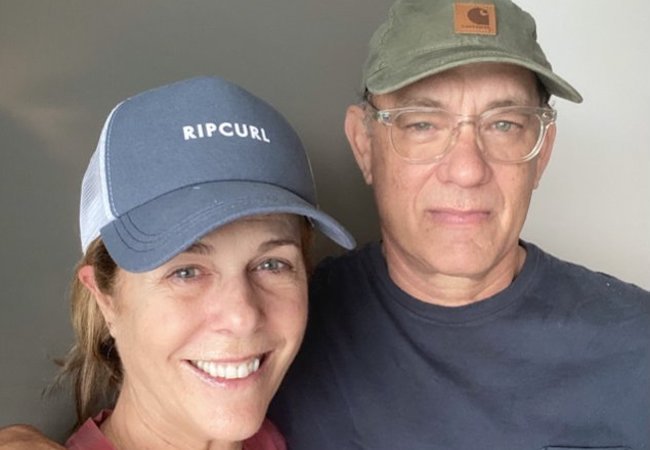 Tom Hanks and Rita Wilson have been released from an Australian hospital where they were isolated after testing positive for the coronavirus, Hanks’s son Chet said in an Instagram post.

“They’re out of the hospital, they’re still self-quarantined obviously, but they are feeling a lot better so that’s a relief,” Chet Hanks said in the video post.

“I just want to say anyone else out there that has loved ones, or if you yourself are inflicted with the virus, my prayers go out to you, because a lot of people are suffering other than my parents right now. I just wish everyone a swift and speedy recovery.”

He also called on people not to panic, saying it has made a difficult situation worse.

“If you went to the grocery store and hoarded all the toilet paper and all the water for yourself, I think you’re the problem,” he added.

A lot of crazy stuff has happened in the last week, but the craziest of all is that I’m typing the words I agree with Chet Hanks.

Chet Hanks, who drew… confusion by not wearing a shirt when he provided an update on Tom Hanks and Rita Wilson last week, acknowledged his newfound position of responsibility Tuesday by wearing not only a shirt but a jacket. You know what? Here’s the video. You’ve earned this.

Chet Hanks’ humility and calm were welcome at a time that some critics began to take note of the gap in treatment for celebrities and normal people. We’re talking specifically about a scathing BuzzFeed post that juxtaposed celebrities who are able to get tests without incident, and seriously sick none celebrities who can’t get tests.

Tom Hanks and Rita Wilson announced their diagnosis last week, and have since provided updates saying they are feeling okay. Hanks jokingly reminded us all that there is “no crying in baseball” and to “look for the helpers.”