To Make Our Movie TAR, We Moved as Slow as, Well… 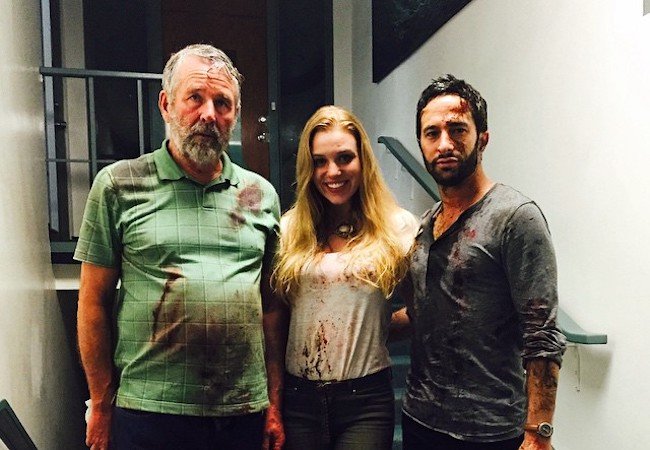 Aaron Wolf is a director, actor and writer based in Los Angeles who is the co-founder of Howling Wolf Productions. In this piece, he talks about how spreading their 30-day shoot for their new film TAR over a year ultimately helped the process.

Our production company, Howling Wolf Productions, was getting kicked out of our L.A. office space across from the La Brea Tar Pits because the LA Metro was expanding along Wilshire Boulevard, and our building was right where a new planned station and condo and retail development would be. I had an idea to make a film based loosely on this situation.

Anytime I find myself faced with adversity, I find a way to turn it into a creative opportunity, because that’s how my brain works.

My creative partner and producer Tim Nuttall and I developed the story and wrote the script, using our current predicament and infusing a true Native American legend we uncovered focused on the famed La Brea Tar Pits.  Thus, TAR was born. But, not so fast…

We raised some money, and started filming, but we couldn’t film it all at once…it was impossible. We had to be flexible— very flexible,  between all the locations we needed, the practical and visual effects, and the availability of the cast, which includes Academy Award nominee Graham Greene and features Timothy Bottoms, who came out of retirement for the role.

But the ability to move slowly and take many shapes proved a huge advantage.

Our shooting required us to move locations all the time and some we only had for a few days. Rehearsing action sequences with the actors at the locations would be very difficult. So my condo in the middle of LA had to become a horror-movie rehearsal space.

Timothy Bottoms would come over on days off or at night, and we’d create the right mood as much as possible. Beanbag chairs became gory props, my balcony became the Tar Pits, and table knives became weapons.

I play his son in the film, and that added to our flexibility: I can make myself available whenever I need me on set. 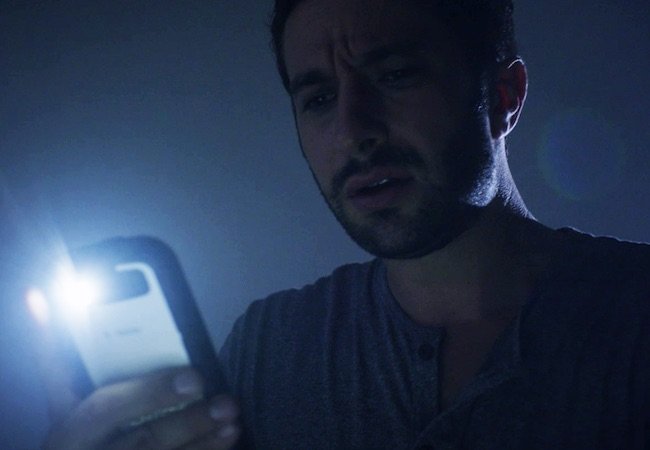 Over the course of the year, we’d shoot in an available location and then pause. During these pauses, we also had a chance to reset and make the next part of the project that much better, whether working with a new actor or collaborating on better story beats.

The film actually improved because of the limit of having to start and stop shooting.

I wanted to use practical effects as much as possible, as I think they are much cooler. For a specific death scene of a character, we had a whole sequence with practical effects planned out. It was going to be bloody awesome, and then we went to pull it off,

it didn’t work. At all. Judges score: ZERO.

We only had about an hour until we were done for the day and done with the location, I met with a few others on the team, including our awesome special effects expert Okada Kazuyuki, and we actually thought of an even cooler way to do it, better than the original plan.  It just had to work in one try and in about 30 minutes. One take or we were toast. So we anxiously set up the cameras, got everyone prepared, held our breath, and… it actually worked.

Since the movie is called TAR, we had maybe 500 gallons of various “tarry” looking substances.  As we filmed scenes where actors had tar on them, there was one problem: It didn’t come off easily. And that’s a massive understatement. Things got very messy. At one point I went to the market late at night to grab a bite, and the cashier looked at me, horrified. She motioned to the side of my ear and neck. I reached back to discover a lot of tar was still on my face. I tried to explain, which only made things worse. I’m sure the poor lady is still confused.

But it was all worth it. Our film is getting a national release, with a great distributor.

Yes, it took us a year to film our thirty-plus days. But going with the flow of TAR worked.

Aaron Sorkin Is ‘Surprised There’s Never Been a Robert Moses Movie’
Michael Moore: Trump May Be Lying About COVID-19 Diagnosis