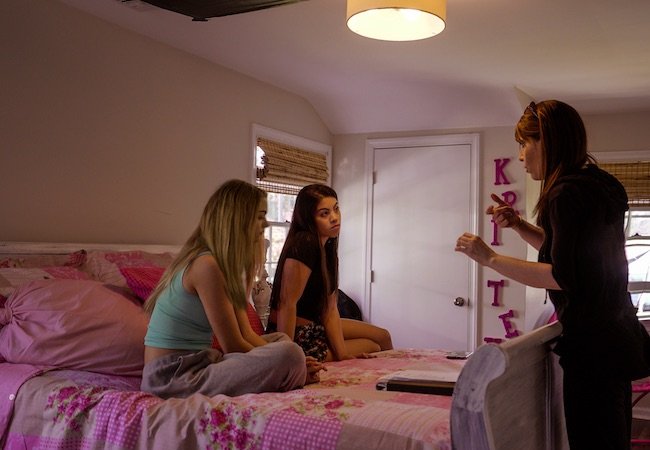 Bridget Smith, director of Sno Babies, describes how experts and people who have struggled with opioid addiction helped ensure the film’s accuracy.

When Mike Walsh shared his powerful script with me, it was clear the story needed to be told.  It also had to be accurate. Without that, he said, “We will be indicted, tried and convicted of the highest form of hypocrisy.”

I realized the film had to be powered by the stories of those who had walked in this world. In addition to doing extensive research on addiction, I met with several current and recovering addicts.

One of them helped with the following description of an opioid high, which is a line the lead character Kristen delivers in the film; “If I take every good feeling I’ve ever had in my life, and put them together, it doesn’t even compare to the high I got that night.” Another person who has battled addiction deserves credit for the line, “Heroin makes me who I wish I was.”

One of the most inspiring people I met was a beautiful, intelligent 22-year-old named Ashley. Like Kristen, who is played by Katie Kelly, Ashley came from a suburban home with two loving parents. She started experimenting with drugs at 14. At 16, she was a full-blown heroin addict. She regularly got high in her bedroom, right under her parents’ noses.

There’s a scene in Sno Babies where Kristen frantically scrapes the residue from old heroin baggies to shoot up. It was taken directly from Ashley’s story. In the scene, Katie shows us Kristen’s physical desperation, along with her shame and self-loathing. It’s one of my favorite moments in the film.

One of the many challenging scenes in the film is Kristen’s withdrawal scene.  The details of that experience — skin tender to touch, agitation, sweating, shaking, throwing up —came from former addicts and counselors, but also from the countless videos I studied of actual withdrawals. 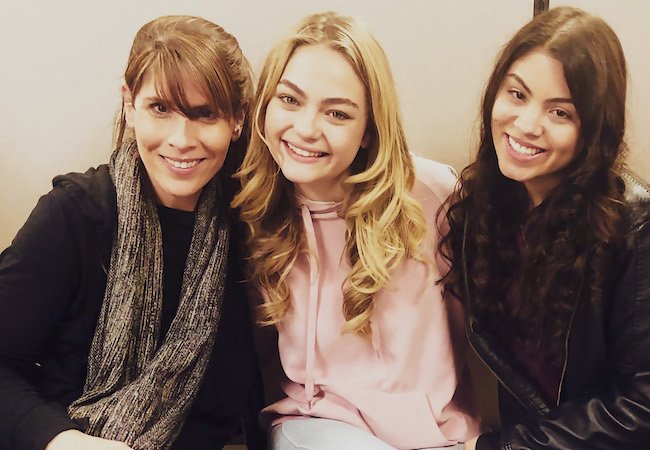 Katie also watched the videos and absorbed every bit of research. She embodied the withdrawal experience, including a symptom of withdrawal that has never been seen before on film.

Speaking with people who have fought addiction also taught me about how they hide needle marks on their bodies and conceal vials of clean urine when strip searched. I also learned about the sexual violations that occur in the open-air drug market of Kensington, in Philadelphia.

Kensington, which plays a large role in Sno Babies, is inhabited by hundreds of addicted people, young and old, from all backgrounds, living on the streets and in abandoned houses. We spent a lot of time there before production. We took Katie and our other lead actress, Paola Andino, on a tour of it before filming. I wanted them to see how desperate their characters had to be.

It wasn’t in our budget to hire a consultant on set, but we wanted some expert advice. Mike’s son, Dr. Michael Walsh, at the University of South Carolina’s School of Medicine, referred us to Dr. Deni Carise, clinical psychologist and chief clinical Officer at Recovery Centers of America. Dr. Carise was not only local, but was the technical consultant on the drug use in The Wolf of Wall Street. The Sno Babies script resonated with her, and she came on board — pro bono — to help us accurately tell our story.

During a crucial overdose scene for Paola, Dr. Carise was on-set and at the monitor with me the entire time. The overdose and the reaction to the drug Narcan had to be completely authentic, down to the reviving gasp of breath, and the subsequent agitation and fear. Paola nailed the scene.

Corrie Graham, who I cast in the role of the paramedic, is a wonderful actress who also happens to be a nurse. She took it upon herself to meet with first responders who showed her, step by step, the protocol of dealing with overdose victims and someone in shock from loss of blood.

I cast a strong actress, Gemma McElhanny, in the role of the police officer who performs a strip search on Kristen. Gemma is a former Philly cop. She too brought an authenticity to a scene that leaves you trembling and wanting to run out of the room.

In both cases, I let the actors/experts lead the scene, and take me step-by-step through their process. My job was to work with my incredible DP to capture all those very real, raw, beautiful moments on camera in the most compelling way imaginable.

I also had the privilege of speaking with countless families who had lost children and loved ones to addiction. We invited them to the set when we filmed. Some appear in the movie. Their presence was a constant reminder that we had an obligation to get this right. Shannan Wilson, the actress who plays the role of Kristen’s mother, was particularly moved by the moms she met on set.

All of the research and consultations with experts didn’t cost money, only time.  And it was time well spent. The greatest compliment I received came from Jan Brown, CEO of the community funding group Global Recovery Initiatives. She told us: “You got it exactly right.”