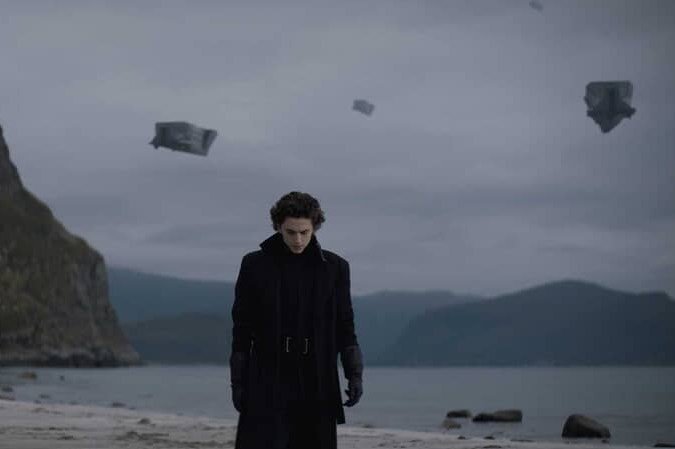 In today’s Movie News Rundown: Dune director Denis Villeneuve says his long-awaited film has been “hijacked”; Tiny Lister has died after exhibiting COVID-19 symptoms; and Disney+ forces the question, “How many Star Wars are too many Star Wars?” Plus lots of other Disney news involving Black Panther 2, The Fantastic Four, and more.

Black Panther 2: Marvel announced it will not recast T’Challa, the role played by the late Chadwick Boseman, in Black Panther 2, “but will explore the world of Wakanda and the rich characters introduced in the first film.”

Denis Villeneuve: The Sicario director went all, well, sicario on AT&T’s decision to release his new film, Dune, on HBO Max, along with all 16 other of Warner Bros.’ 2021 releases. “With this decision, AT&T has hijacked one of the most respectable and important studios in film history,” he wrote for Variety. “There is absolutely no love for cinema, nor for the audience here. It is all about the survival of a telecom mammoth, one that is currently bearing an astronomical debt of more than $150 billion.” He also said Dune is his best film. Earlier this week, longtime Warner Bros. bro Christopher Nolan ridiculed HBO Max as “the worst streaming service.”

Hope You Like Star Wars: Yesterday morning we recalled how Disney bought Lucasfilm for $4 billion in 2012. In the afternoon, Disney’s investors day revealed how the Mouse plan to squeeze every possible dime from the Star Wars franchise. It detailed 10 new Disney+ Star Wars streaming shows, plus the new feature Rogue Squadron, to be directed by Patty Jenkins. The shows include Obi-Wan Kenobi, starring Ewan McGregor, with Hayden Christensen returning as Darth Vader.

Wait, So Obi-Wan and Darth Met Between Episodes III and Episode IV?: Looks that way. Investors sure love money, don’t they? 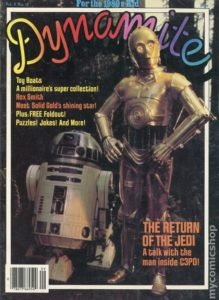 What’s My Other Star Wars Homework? The Mandalorian spinoffs Rangers of the New Republic and Ahsoka, starring Rosario Dawson, who was just introduced on The Mandalorian. Also Andor, Star Wars: The Bad Batch, Star Wars: Visions, Lando, The Acolyte, and A Droid Story. There will also be a new Willow with Warwick Davis, who played Ewok freedom fighter Wicket W. Warrick in Return of the Jedi, as everyone who subscribed to the children’s magazines Dynamite and Hot Dog in the ’80s is well aware. What a good magazine Dynamite was. Hot Dog was kind of like Cracked to Dynamite‘s Mad (as Cracked was like Newsweek to Mad‘s TIME,) but no shade: Both were great sources of Ewok news.

Oh, P.S.: Would anyone like to buy thousands of back issues of Dynamite? Or Hot Dog? Serious inquiries only, please.

Um. Did Disney Say Black Widow Will Stream? Nope. Still planned for theaters in May 2021.

How About That Rian Johnson Star Wars Trilogy We Were Promised? No mention.

One More Thing: Disney also promises another Fantastic Four movie. Here is a revealing image of a number four.

R.I.P. Thomas ‘Tiny’ Lister: The wrestler-turned-actor, who was hilariously menacing as Deebo in Friday and Next Friday and played a small but crucial role in The Dark Knight, has died at age 62. “America’s favorite bully was a born entertainer who would pop into character at the drop of a hat terrifying people on and off camera. Followed by a big smile and laugh,” wrote Friday writer-star Ice Cube. Originally known by his WWF name “Zeus,” he also played President Lindberg in The Fifth Element, among other roles. His manager Cindy Cowan told Variety he had displayed COVID-19 symptoms in recent days.

Here’s a Twitter Thread: From moviemaker Bryce Wagoner that I really can’t begin to summarize.

1/3 An insider’s thread @TimAMolloy & @SonnyBunch may appreciate:
I was a PA on a pilot that mocked stereotypes in entertainment, Tiny was the guest.
He (apparently) wasn’t in on the joke & repeatedly told the cast/crew that he was gonna “choke us out.”
They froze so hard… https://t.co/6nzxoEbXpi

Comment of the Day: “I work in the film industry and have for 40 years. If film and television production and pot and liquor stores are essential, so is everything else,” writes Philip Stone, responding to yesterday’s items about film shoots being deemed “essential” businesses. He adds: “Nobody is testing people going into Walmart , Costco or Home Depot. The random and arbitrary shutdown of restaurants, gyms and barbershops is complete and utter BS.”

All in the Same Boat: A lot sucks right now, but let’s try to be like Tiny Lister in The Dark Knight and not like the jerk in the tie.

Hey, Where Do I Subscribe to This Newsletter to Get It in My Inbox?: Here! Thanks for asking.