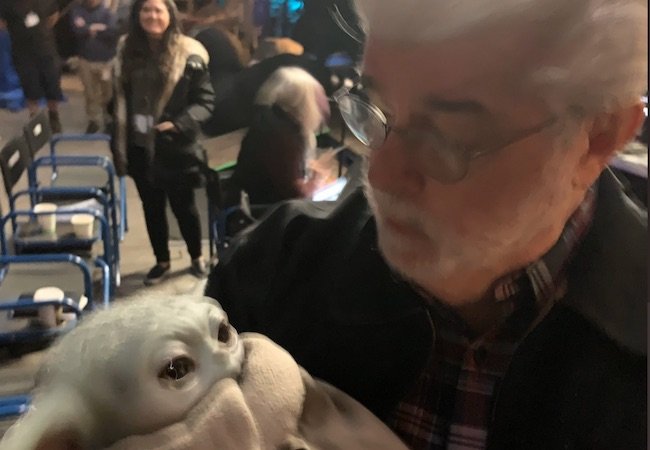 Lovers Rock: The second film in Steve McQueen’s Small Axe anthology, now on Amazon Prime, immerses you in a 1980 house party and all of its sweet crushes, secret romances, class resentments and family dramas. You don’t even realize what the story is until you’ve been seduced, as if by a song. We discuss on the latest Low Key podcast, on Apple or Spotify or here:

Deep Depp Dive: The Hollywood Reporter has a lengthy story with the irresistible thesis, “It wasn’t just erratic and violent behavior that wrecked one of the world’s most bankable stars. It was his unquenchable thirst for revenge.” I’m in!

A Comparison: THR also goes deep on the question of whether film and TV shoots should be allowed to continue in Los Angeles while restaurants are temporarily banned from in-person dining.

Okay But: This isn’t a fair comparison. Restaurants wouldn’t/couldn’t require everyone who walks in off the street to be split into zones, sign up for contact tracing, get regular COVID-19 checks, and do all the other things Hollywood productions have agreed to do.

Of Course Thats Just My Opinion: Let us know what you think in the comments.

Riz Ahmed’s Sound of Hip-Hop: Ahmed plays a heavy metal drummer who loses his hearing in the highly acclaimed Sound of Metal, but he’s a hip-hop fan in real life. He listed his top five favorite albums in a Reddit AMA. “Yea, I make rap music, and released an album this year called The Long Goodbye,” he wrote. “I’ll be doing a live stream show on December 19th in fact. Top 5 albums – Black on Both Sides by Mos Def, The Infamous by Mobb Deep, Capital Punishment by Big Punisher, Enter the 36 Chambers by Wu Tang Clan, Run Come Save Me by Roots Manuva.” Maybe his next film will be about someone who goes def, joked a very old person (me).

‘Very, Very Painful’: Author Paul Duncan shared an excerpt of his new book Star Wars Archives: Eps I-III in which George Lucas says it was “very, very painful” to sell Star Wars to Disney, but that he did it because he decided, at age 69, that he wanted to focus on raising his new daughter instead of spending a decade on a new trilogy. Disney bought Lucasfilm in 2012 for more than $4 billion.

I’m So Confused — Has Bryan Cranston Done Good or Bad? A Deadline headline states: Your Honor Debut Verdict Finds Bryan Cranston Starrer Guilty Of Breaking Showtime Viewership Records. Will Cranston go to prison, or the virtual Golden Globes? And which is worse?