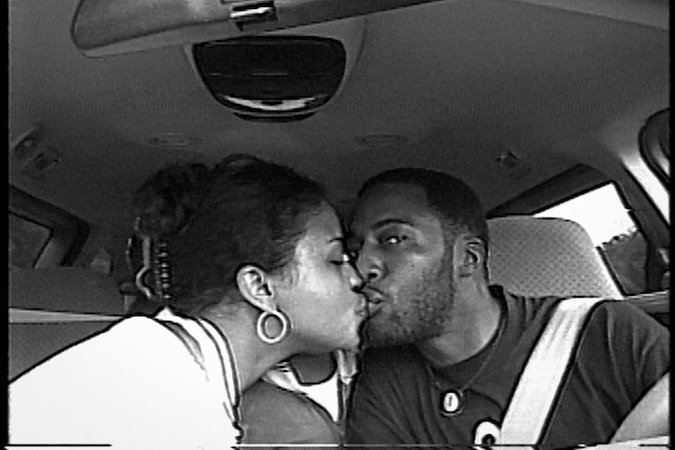 Robert Greene: That’s so beautifully stated. Those are editorial decisions that are so precise in the film, because it’s one thing to say, “we need to show strength,” which is of course the case. We need to not succumb to the victimization that the documentary camera often creates, because that is a net negative. But to make the choices to use what those subjects give you and then magnify that and then strip it away in this “breakdown moment,” it does so much for us. It’s such a gift to the audience, because we’ve been brought in, in a certain way, and then we’re taken in another place. Every single word from Fox is so precise. She is a writer of her own response. And then in one moment, the anger pops through, and it’s so powerful.

Garrett Bradley: I love that idea of being the writer of your own response. It’s also being the writer of your future. Because you’re manifesting it, you’re anticipating, and you’re controlling. There’s a history we as Black Americans in this country have been forced into. There’s been a systematic attempt at keeping us in places of observation and inaction. In observation, there’s a lot of wisdom, and that comes from that knowledge when put in a position of watching. So there’s something very important about Fox and about what Bert Williams in “America” is trying to be, which is that they are using the parameters of observation, and they are tactically, and intelligently, taking action within the parameters.

Greene: Often what documentary filmmakers are looking for is the moment where someone breaks down. And effectively what they’re looking for is like, I have this camera observing you, and there’s a whole history of what that means, which you just hinted to, and then you’re waiting for a breakdown. It’s almost like, “Show me Black rage.” The way Time is contextualized, in that you see the opposite of that up until this point, it doesn’t diminish the rage. In fact, it puts the rage where it should be, rather than in a caricature, which is often the case in a lot of films. You put it in the right place by the way that we have come to understand Fox over the course of the film. You don’t diminish your rage at all. In fact, it magnifies it in exactly the way that it should be. I understand, as best I can as a viewer in that moment, how she’s feeling, and it’s so profound.

Also read: Mank Will Have That Degraded Film Look and Old-Timey Mono Audio From the Trailers

Bradley: It’s funny, I was watching something last night, and there was something just so irritating to me about this fine line, which is that as filmmakers we can teeter on our own obsession and self-aggrandizing, around the very fact that a camera can record something. We’re sitting in our own amazement that it can document something, and that’s just not enough.

It’s important that we find a way to allow these tools to do something much bigger and much more profound than simply observe.

Time, by Garrett Bradley, is available to stream on Amazon Prime Video this Friday.