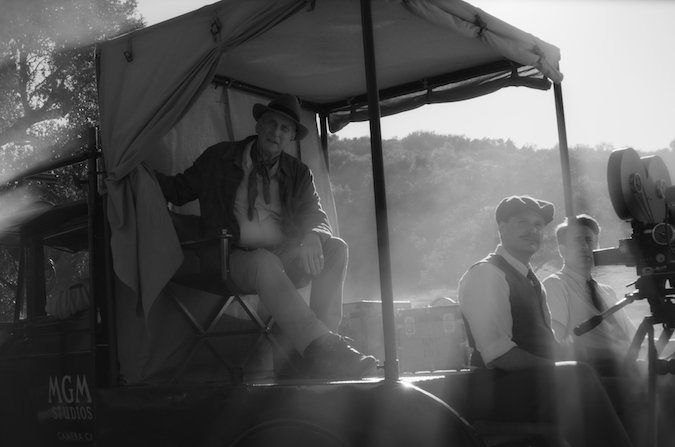 Two teaser trailers for Mank, David Fincher’s new film about the Citizen Kane screenwriter, went for a very 1940s feel with not just black-and-white photography, but crackly, monaural audio and a degraded film filter layered over the visuals. Many wondered if Netflix was going retro for the promotion, or if the film will have the same feel — and Empire has the answer.

“If you’re in the transportation business and you’re trying to transport back to a time and a place, black-and-white really fucking helps,” Fincher told the magazine in a feature in the November issue.

The British film publication relays that Fincher is also “capturing the audio with every tool available, but presenting it as monaural. He’s shooting on digital, but degrading the image in post-production.”

Fincher is a technician known for many, many takes, and shooting digital is more amenable to this approach than film. The film effects added in post-production make Mank feel like a product of 1941, the year of Citizen Kane‘s release.

The film promises to re-evaluate the 1930s Hollywood that spawned Citizen Kane, Orson Welles’ sweeping, tightly controlled, acerbic portrayal of newspaper magnate Charles Foster Kane, a thinly fictionalized version of real-life newspaper magnate William Randolph Hearst. The real Hearst was no champion of the film or of Mank’s attempts to tell his story.

And here’s the second Mank trailer:

Mank, directed by David Fincher and written by Jack Fincher, opens in theaters in November and is available to stream on Netflix on December 4.

Yellow Rose Director Diane Paragas on the Scene She Took Directly from the News (Podcast)
Time Director Garrett Bradley: Documentaries Need to Do More Than Watch