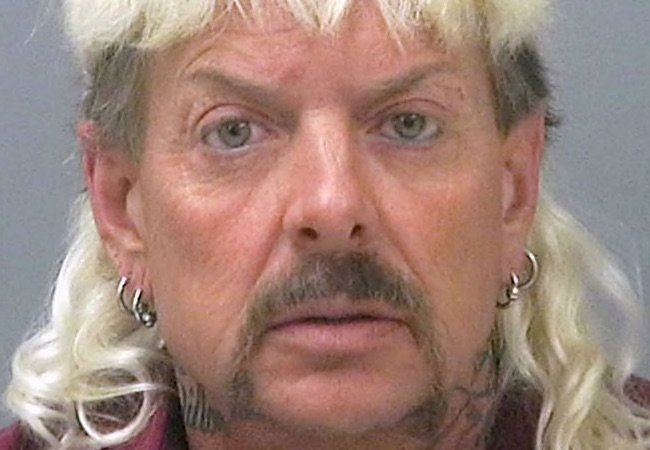 Three inmates have died of COVID-19 at Tiger King Joe Exotic’s prison, which has the most confirmed coronavirus cases of any federal prison in the country. The number of people who have tested positive at the prison has climbed from eight to 233 in the last 10 days, according to the Bureau of Prisons.

Joe Exotic, aka Joseph Passage-Maldonado, is one of the most famous inmates in America thanks to Tiger King, and the state of his prison may shine a light on the spread of COVID-19 in prisons nationwide. In all, 27 federal inmates have died of COVID-19 at facilities around the country.

The prison holding Passage-Maldonado, known as the Federal Medical Center Fort Worth, is designated for inmates with health issues. Those issues may place them at a higher risk of contracting the virus. Many are older. There are 1,521 total inmates at the facility, and more than one in six have tested positive for COVID-19. (One of the 233 people who tested positive was a staff member. The rest were inmates.)

“Given the surge in positive cases at select sites and in response to the Attorney General’s directives, the BOP has begun immediately reviewing all inmates who have COVID-19 risk factors, as described by the CDC, to determine which inmates are suitable for home confinement,” Bureau of Prisons spokesman Scott Taylor said in an email to MovieMaker.

It is possible that the dramatic surge in the number of cases at Joe Exotic’s prison may be the result of improved testing.

The Bureau of Prisons does not answer questions about specific inmates. MovieMaker began inquiring about the possibility of Passage-Maldonado being released early on April 17 after several prominent inmates were released from various prisons due to COVID-19, including former Trump lawyer Michael Cohen.

Joe Exotic was sentenced to 22 years in prison in January after a federal jury convicted him of two counts of murder-for-hire, eight counts of violating the Lacey Act for falsifying wildlife records, and nine counts of violating the Endangered Species Act. He was accused of putting out a hit on his nemesis, Carole Baskin. Exotic argues, however, that he was framed for the killing.

His attorney during the federal trial did not immediately respond to requests for comment on Monday.

In an interview recently posted by Netflix, which has enjoyed phenomenal viewership for Tiger King, Exotic said that his time in captivity has made him “ashamed of myself” for keeping animals in cages.

He also  volunteered: “I’m done with the Carole Baskin saga. It’s now time to turn the tables and Joe get out of jail a free man and exonerated from all these charges.”