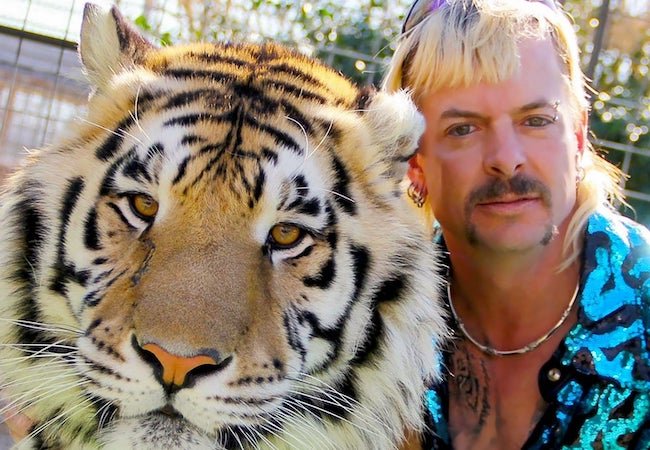 Joe Exotic’s prison has 36 coronavirus cases as of Tuesday, quadruple the number reported there Friday, according to federal prison authorities who are considering the early release of some prisoners because of the virus.

Could America’s most famous prisoner, Joseph Maldonado-Passage-Schreibvogel-Exotic, somehow secure release because of a once-in-a-century pandemic? It wouldn’t be the weirdest thing that has happened in the preposterous history of Tiger King.

The Oklahoman reported Thursday that he was likely sent to a medical prison because of a history of health problems, and is being kept in isolation, likely because of the coronavirus cases in the prison.

According to this page tracking COVID-19 cases in prisons, provided to MovieMaker by the federal Bureau of Prisons, FMC Fort Worth had seven inmates and one guard who have tested positive for coronavirus as of Friday. By Monday morning, that number had doubled to 15 inmates and one guard.

As of Tuesday, there were 35 inmates and one guard who had tested positive for the virus. No one at the prison has died from COVID-19.

We decided to ask about the coronavirus situation at the FMC Fort Worth after seeing the number of prominent inmates who have been released from various prisons due to COVID-19. They include former Trump lawyer Michael Cohen.

When we asked specifically about whether Joe Exotic might be released, we received this long, measured answer from the Bureau of Prisons: “Given the surge in positive cases at select sites and in response to the Attorney General’s directives, the BOP has begun immediately reviewing all inmates who have COVID-19 risk factors, as described by the CDC, to determine which inmates are suitable for home confinement.”

The BOP spokesman continued: “The BOP was originally focused on a priority list of inmates in accordance with the Attorney General’s guidance to BOP issued March 26th.  However, the Attorney General’s memo issued on April 3rd asked the BOP to immediately maximize appropriate transfers to home confinement of all appropriate inmates held at Oakdale, Danbury, Elkton, and other similarly situated facilities.  As institutions are working through the original priority list of inmates, at these institutions, it is possible they may be referring additional inmates if appropriate for home confinement.”

Bear in mind, none of this is specific to Joe Exotic. As the BOP spokesman told us: “For privacy and safety and security reasons, we do not release information on an individual inmate’s conditions of confinement.”

Maldano-Passage-Exotic was previously held at the Grady County jail in Chickasha, Okla., which makes several appearances in Tiger King.

Joe Exotic was sentenced to 22 years in prison in January after a federal jury convicted him of two counts of murder-for-hire, eight counts of violating the Lacey Act for falsifying wildlife records, and nine counts of violating the Endangered Species Act. He was accused of putting out a hit on his nemesis, Carole Baskin. Exotic argues, however, that he was framed for the killing.

In an interview recently posted by Netflix, Exotic said that his time in captivity has made him “ashamed of myself” for keeping animals in cages.

He also  volunteered: “I’m done with the Carole Baskin saga. It’s now time to turn the tables and Joe get out of jail a free man and exonerated from all these charges.”

One of the great ironies of Tiger King, and Joe Exotic being in jail, is that he used to be a cop. But that’s another story.