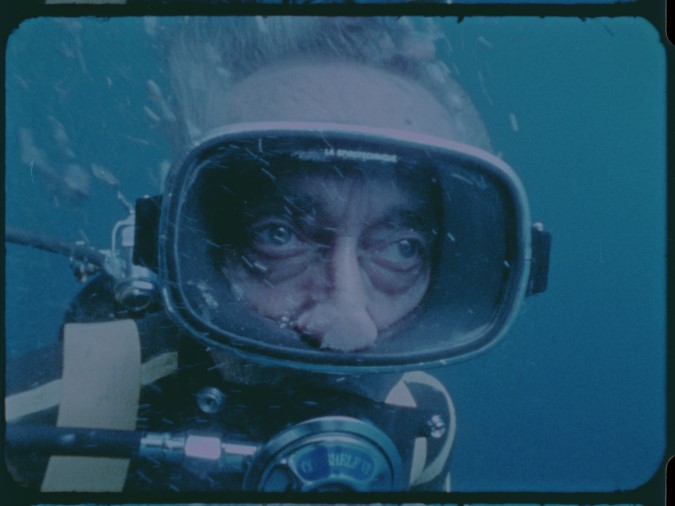 Jon Bardin is the head of creative at Story Syndicate, a New York-based film and TV production company devoted to premium content, including Fauci and Becoming Cousteau. Here’s his advice on developing and selling documentaries.

It’s become a cliché to say that we live in the golden age of documentary, with more money sloshing around than ever before. To a certain extent, this is true: not a decade ago, if you were a documentary filmmaker, you either had to be independently wealthy, have connections to deep pockets, or be one of a small handful of filmmakers positioned to take advantage of a small market for premium non-fiction—generally, channels like HBO and Discovery that used documentaries to put a halo over their buildings, an investment in their brand.

Today, though, money is everywhere, as is documentary content.

The proliferation of buyers and an increase in production value has led to a surge in popularity for documentaries, especially true crime. So is this the golden age?

On the one hand, sure. It’s never been easier to find a path to a good living in this business. But things aren’t ideal for filmmakers seeking to control or own their work completely — it’s really better defined as the corporate age of documentaries.

Large, multinational companies are building their own pipelines, and driving (and owning) the content more than ever before, rather than buying the best of Sundance or Telluride. This means an ever-more-intense focus on what drives viewership — hence the explosion in celebrity and true-crime fare.

Given that reality, I am going to focus on the process of setting up projects at major global platforms, rather than the ever-more-elusive process of securing grants and independent money via equity and grants — a whole separate process and topic. 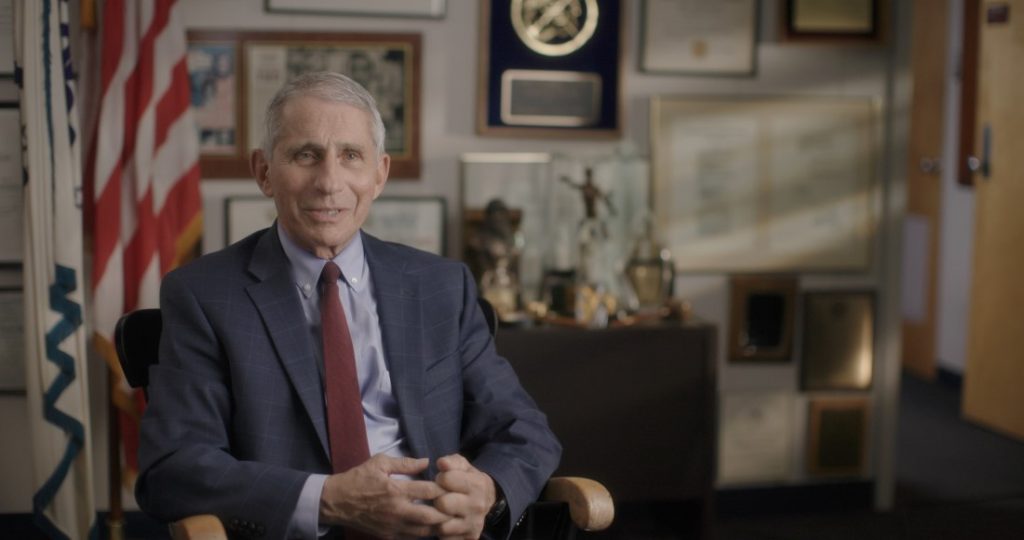 When selling documentaries, Jon Bardin says access to the subject is critical. Fauci sold because they were able to promise access to Dr. Anthony Fauci. Courtesy of National Geographic for Disney+

Here are three simple but crucial principles for what a successful platform-ready documentary development looks like in this new era:

Story Syndicate recently premiered two ambitious films about timeless, larger-than-life figures who have been in the culture for decades but who each have particular zeitgeist resonance now: Dr. Anthony Fauci (Fauci) and Jacques Cousteau (Becoming Cousteau). In some sense, both of these are celebrity profiles. But they both also had a lot under the hood. Fauci is really about the need for public servants in our nation today (and how hard it is to be one). Becoming Cousteau is about how the environmental movement came about through the life of Cousteau — and how we need it now more than ever.

Importantly, each of these stories has drama and conflict and can be shaped as a three-act narrative—it’s not “about” the social issue it explores, as the issues are subtext.

For example, despite our obsession with him as a nation during COVID, Fauci would not have sold last March were it not for the depth of his backstory during the AIDS years, where the emotional heart of the film rests — along with its drama and conflict. 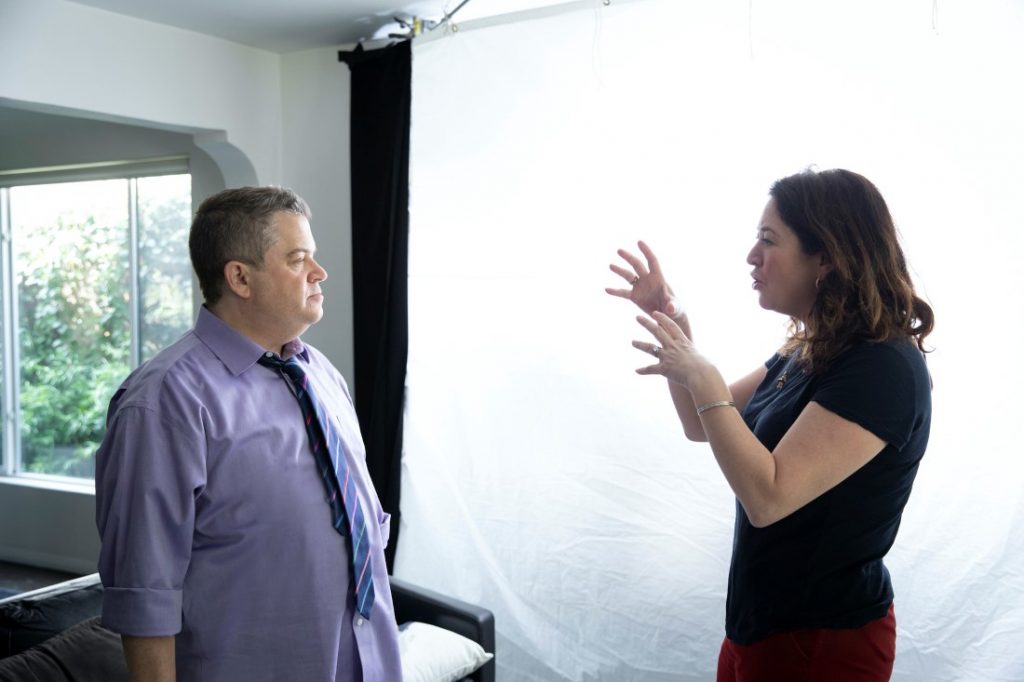 Patton Oswalt and I’ll Be Gone in the Dark director Liz Garbus. Courtesy of HBO

What do you need to sell a doc project? Here there are two key elements: What is the POV, and then what access do you need to fulfill that POV? For example, adapting the bestseller I’ll Be Gone in the Dark into a doc series may seem obvious now, but it could only really work as the story of the late Michelle McNamara — and could only reach the great heights it did because her husband, the comedian Patton Oswalt, generously shared a gigantic archive of personal material with us. Without that archive, it would have been a very different series. It was this combination of POV—Michelle’s POV—and key access that made the project sing.

Similarly, Fauci sold because we were able to promise Fauci in the interview chair, and our voting-rights film All In was a success because we had Stacey Abrams sitting at its core as a producer and full participant. We sold our GameStop series because we had some of the key figures at the center of the story lined up before I made the call to Netflix.

Each of the projects had a distinct POV that required access we were able to deliver — and that access has never been more crucial. Go get it. And if you need a partner to help you secure it, be willing to bring that partner in. The right access will dramatically increase the value of a 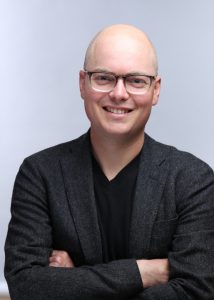 project that could otherwise feel either “one of many” or “at arm’s length.”

Finding the clear way to articulate all of these ingredients together — the timeless and yet zeitgeisty nature of a story, and the POV and access to back it up and make it unique and entertaining — is what it’s all about. The key in this phase is what we like to call the Doctrine of Overwhelming Force. Before you go to platforms to sell the project, ask yourself three questions: What holes could be poked in what we’ve done, how do we plug those holes, and what is the best way to express what we have?

First, what are its weaknesses? Don’t be scared to confront this question. It’s crucial. Once you’ve identified them, go fill those as best you can before you try to sell it. Slower but better is how you do great work — and how you make sure you can actually deliver on what you’ve sold. You must have the mindset that setting up a project with a distributor is only the beginning — a crucial but very preliminary step.

Second, how do you make sure busy, distracted executives recognize what you have?

This could be communicated in a deck, or a sizzle reel, or whatever — the form should meet the function. But having the pieces lined up often allows you to slow down on the bells and whistles and showmanship. We have sold a number of projects at Story Syndicate off a one-page document, because the idea and its components are so compelling.

Becoming Cousteau opened in theaters in October, from Picturehouse. Fauci is now available to stream on Disney+.

In Undercover Underage, a 38-Year-Old Woman Poses as a Child to Identify Pedophiles Online
At 14 Years Old, King Richard‘s Demi Singleton Is Ready For Greatness — Just Like Serena Williams