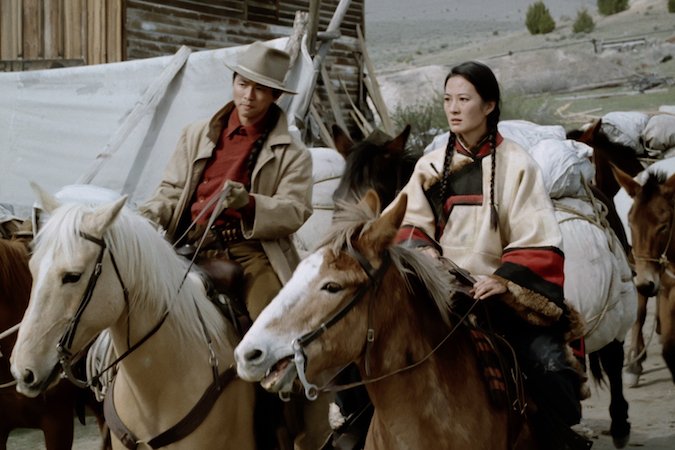 Lalu, the heroine of Nancy Kelly’s 1990 feminist Western Thousand Pieces of Gold, gets passed between men’s hands as if she were a sack of flour: She’s bought and sold, traded and transported, manhandled and gambled away.

Peddled by her father for a measly sum, she’s taken by ship from rural China to San Francisco and then on horseback to a pioneer town in Idaho, where she’s dropped on the doorstep of a husband she’s never met. But Lalu is no damsel in distress; played with affecting emotion by Rosalind Chao (pre-The Joy Luck Club), she wields weapons and an iron will to reject a life of prostitution and, with the help of sympathetic saloon owner Chris Cooper, manages to secure her own emancipation.

Lalu’s steadfast determination to maintain her independence is mirrored in Kelly’s own journey to getting the film off the ground. “Nobody thought I could do it,” the director recalled via Zoom from quarantine in the Bay Area, in an interview to mark a new 4K restoration of the film.

At the time she got the option to adapt Ruthanne Lum McCunn’s book of the same name, Kelly only had two directing credits under her belt — both shorts, both shot while she was working as a ranch hand — and the novel posed a number of financial and practical challenges. An epic spanning two continents and set during the 1880s Gold Rush would require multiple locations, horses, extras, period-appropriate sets and costumes—and it had a female protagonist to boot.

“The problem of a woman in the lead came up a lot,” Kelly says. “I remember going to meet with an indie distribution company that we would have loved to have onboard. I was showing all my location photos and my look book and finally they guy just said to me: ‘The problem with this is that it’s girl meets boy. If it was boy meets girl, I could see it.’” At the time, Kelly explains, she wasn’t equipped with the language to win that particular argument. “To me that was the whole point, it was like, how could you be so dumb? Women want to see films with women in lead roles! I just packed up my stuff and walked out.”

Nancy Kelly found an early champion in San Francisco-based filmmaker Rachel Lyon, who told her plainly from experience that if she wanted to direct her own film, she would have to be the producer, which would mean coming up with the money herself. So that’s exactly what she did. Kelly and her husband and filmmaking partner Kenji Yamamoto spent the next six years raising the funds and developing the script through Sundance’s screenwriting lab, with writer Anne Makepeace already on board.

Despite constant suggestions (including from one of their Sundance advisors) to make the drama bigger, the love scenes sexier, and the skirmishes more sensational, Kelly and Makepeace’s script—and the film as a whole—finds strength in understatement. Mercifully avoiding orchestral swells and drawn-out shootouts, Thousand Pieces of Gold is anchored by the delicately disarming romance between Chao and Cooper, with both actors delivering standout performances. (The film was only Cooper’s second feature after John Sayles’ Matewan).

Visually, the film is a stunner and the new 4K restoration by IndieCollect injects new life into the gorgeous vistas and shadowy interiors: blue mountain peaks are traversed by white horses at impossible angles, a rushing river in the valley provides a place for placid reflection, and a bustling saloon houses a group of rowdy (and handsy) whisky-swilling miners. 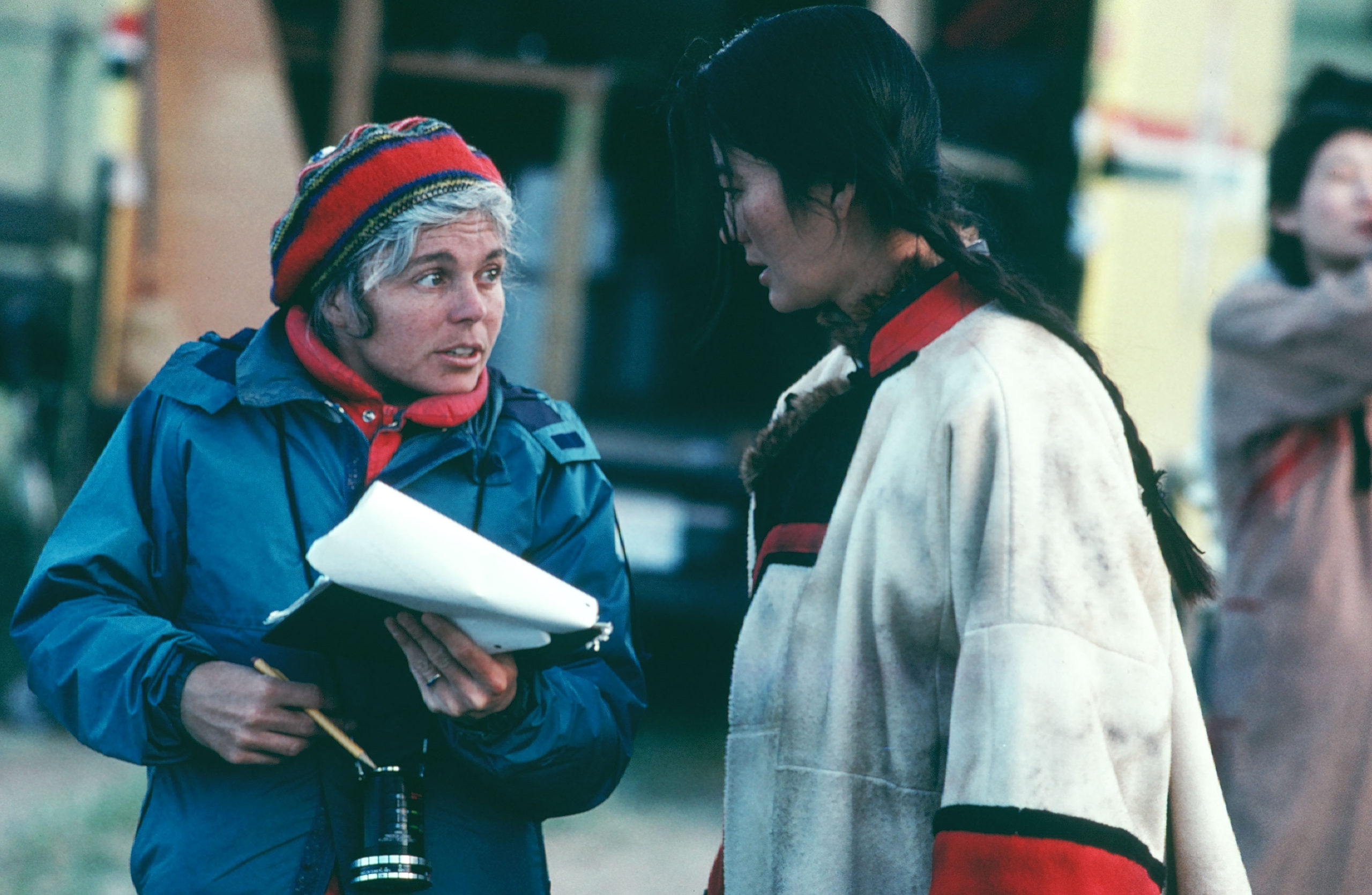 Nancy Kelly (L) on the set of her feature directorial debut Thousand Pieces of Gold.

Upon its release, Thousand Pieces of Gold drew comparisons to the work of John Ford—high praise, even if Kelly doesn’t see her film as a Western, per se: “I saw it as a story about racism and sexism. To me, just because the people got around on horses didn’t mean it was a Western.”

She drew more inspiration from Robert Altman than Ford, she says, and from McCabe & Mrs. Miller in particular — both in terms of the visuals — the evening and interior scenes are lit by kerosene lamps or candlelight — as well as Altman’s naturalistic approach and penchant for overlapping dialogue. Now, Thousand Pieces of Gold might feel more at home in conversation with the work of Kelly Reichardt; like Reichardt, Kelly has the rare ability to distill the epic into the intimate.

Though the film garnered almost unanimous critical acclaim, with glowing reviews from Roger Ebert, The New York Times, and The Los Angeles Times, offers to direct her next project didn’t come pouring in.

“I had an agent and was sent on all kinds of meetings,” Kelly says. She addresses the sometimes blatant, sometimes veiled sexism she encountered in a matter-of-fact tone: “They were never interested in the stories I wanted to tell… movies about people you don’t usually see in Hollywood films. I went to one meeting and the guy said to me: ‘You’re a good director, it’s too bad you’re a woman.’”

Nancy Kelly is unfortunately one of many female directors from the indie world in the ’80s and ’90s whose feature film careers never took off, no matter how well-received their debuts were at the time. As heartbreaking and enraging as that is (one can only imagine what Kelly would be capable of with a substantial budget in hand), the director feels grateful that her film is finding a second life in a more welcoming climate.

When Kelly first met with Kino Lorber, who is distributing the 4K restoration, she was elated to hear that they valued a female protagonist, a female director, and a story that tackles racism and sexism — and that these were actually selling points rather than weaknesses.

“It was like finally we had reached a point where those things were pluses. The first time around everyone was just trying to make it look like it had a lot of sex and violence in it.”

Kelly is quick to point out that she hasn’t made her second feature.

The 4K restoration of Thousand Pieces of Gold, directed by Nancy Kelly, is available on-demand through Kino Marquee.