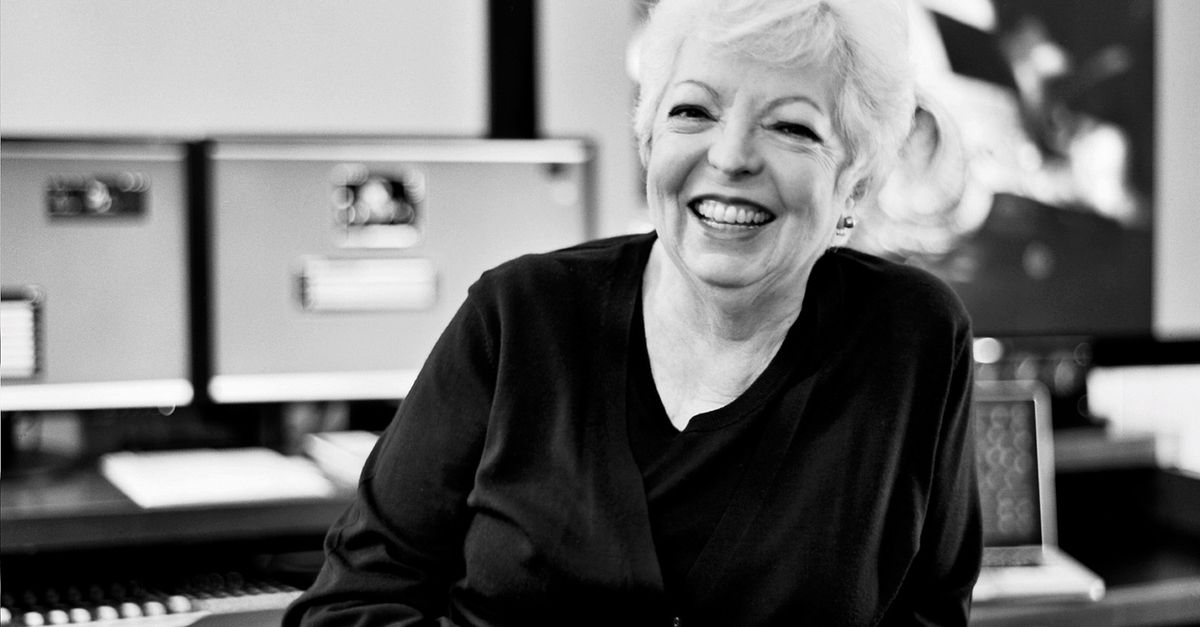 Schoonmaker has been editing for Scorcese since Raging Bull, which they collaborated on in 1980. That film garnered Schoonmaker her first Academy Award (2004’s The Aviator and 2006’s The Departed scored her #2 and #3). She has strayed occasionally from Scorcese’s camp, in 1996 with Allison Anders’ Grace of My Heart, and in 1970 with Michael Wadleigh’s Woodstock (for which Scorcese also served as an editor), but she is by and large an integral cog in the Scorcese hit parade.

MovieMaker sat down with Schoonmaker to talk about what it’s like to work with the legendary director, and how she has picked up the tricks of the trade and the secrets of the editing room over time.

Schoonmaker on the set of Woodstock (1970) with Michael Wadleigh (left), and Scorcese (center). Courtesy Warner Bros.

He likes to collaborate with the actor. Not tell the actor what to do. He would never give an actor a line reading; he’d never say, ‘Say it this way.’ He tries his damndest to get what he feels is right for the movie by just encouraging and creating an environment where the actors are safe and free to experiment and knows they’ll be protected if they do experience; that it won’t be used in a bad way.

His commitment to the truth is very, very deep.

On collaborating with Scorsese

One of the most important times for me is when he’s telling me what he thinks every day during dailies. He’s constantly talking to me and I’m writing like the wind what he says about each take. I use that to build my selects and, from my selects, I start cutting.

On first impressions in the editing room

Your first impression of something is very important, and you have to hold on to that when you are editing. You have to remember ‘I know that the first time I saw that I felt this,’ because over the editing period you can sometimes lose that.

I often tell students about how Marty shot that “what’s so funny about me,” scene in Goodfellas. He shot it in medium shots, not close-ups. In fact, he didn’t even want to shoot it in close-ups because he didn’t want to be tempted to use them. He wanted to show how the people around Ray Liotta and Joe Pesci were progressively getting more and more freaked out about what was going on with the people around them. That’s really great directing.

On acting without your eyebrows

One of the things Marty’s always saying to me about actors is, “The eyebrow. Too much eyebrow.” In other words, he doesn’t want the actor indicating something by lifting their eyebrow; he wants them to let you know what they’re feeling through their face. He wants something that’s coming internally out of the actor.

On growing up in Aruba

I think it’s been very helpful to me in my life … I think that my deep interest in what goes on in the rest of the world comes from my experience living abroad … Maybe the richness of my upbringing, in the sense that I met so many types of people, helped cultivate [the eye of an observer].

On the sound of Raging Bull

When I talk to students about [Raging Bull], I end up spending about a quarter of the time talking about what [sound effects editor] Frank Warner did for the film. He had very simple, very pure ideas, and one of them was a drum; a very simple drum. He played it himself, and he would distort it—play it backwards, whatever. And throughout the film he put it in in this astonishing, subtle way. His sound effects throughout are just remarkable. MM

Making Movies with Marty
Things I’ve Learned as a Moviemaker

Derek DelGaudio: In and Of Itself Emotion Is No Illusion