In celebration of our 11th year and the role that the Hands-on Pages newsletter has played in our success—throughout 2004, per reader request, we will be including several special “Things I’ve Learned” editions of our regular HOP newsletters. They will feature some of the best advice our hundreds of past interview subjects have offered to readers on a wide variety of topics.

If you don’t like assistant editing, you’re not going to like editing. Because every bit of assistant editing—which I happened to like a lot when I did it—is still there when you’re a film editor. 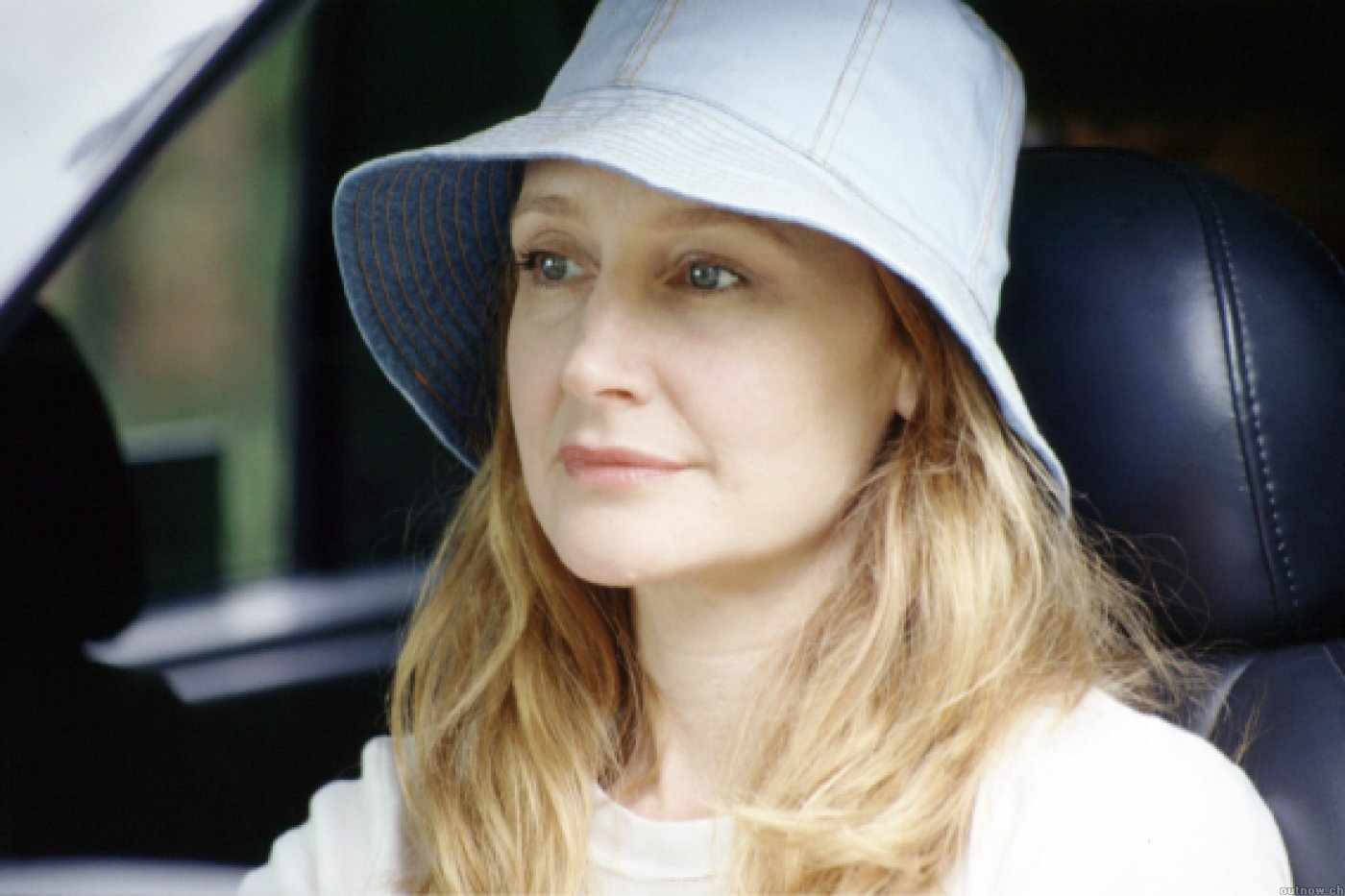 Patricia Clarkson stars in The Station Agent, directed by Thomas McCarthy and edited by Tom McArdle. Image courtesy of Miramax.

Listen to that little voice.

Sometimes you get this tiny feeling, like the hint of a twinge of a feeling that something is off with a scene or a storyline. Listen to it. Mull it over. There may be some issue that wouldn’t surface for months, if ever. Other people aren’t going to tell you everything. The film is counting on you to search for the right answer.

Find those relationships where you have a kinship to someone else. My becoming friends with Miguel Arteta, and coming to the point where we work together a lot, has become invaluable. Just find that relationship and look for those people that you have a connection with in terms of the material you like.

I am very respectful of the relationship between the director and the DP. I have never inserted myself into the discussion of the look of the film, but I have, of course, requested specific shots.

Put your money where your mouth is.

I wanted to produce because as an editor for the 10 previous years I used to hear a lot of editors who do documentaries, say ‘Oh, I could do better than this guy.’ So I finally said “Put your money where your mouth is.”

Resist the urge to over-edit.

Resist the urge to chop up someone’s good work–whether it be an actor or the DP.

An editor I once stood behind told me that you should never cut into a panning shot and that you couldn’t cut together two panning shots traveling in opposite directions. I believed him for a while, which made my first couple of days in news editing quite difficult. So don’t accept that there are rules. In editing the whole point is to challenge every convention.

Your first impression of something is very important, and you have to hold on to that when you are editing. You have to remember “I know that the first time I saw that I felt this.” Because over the editing period, you can sometimes lose that.

Use technology to your advantage.

[AVID] really does allow you to try a lot of different things and to experiment. However, I’m glad I have the discipline of film, where you work on a scene until it works. It’s like practicing an instrument: you do it again and again until it works. It’s not about slapping it together. Unfortunately, too many films are cut that way today.

The ability to watch and listen is now compromised.

Learning the craft of editing has changed in the last five to six years. Your ability to watch and learn is now compromised because people can go into a room, close the door and work by themselves. They don’t need an assistant for the manual labor part of it like they used to. So the most important thing is that you really insinuate yourself into the process. Work with an editor who will let you be in the room while they’re cutting.

Leave your ego at the door.

It is my job to have ideas, but I can’t afford to get attached to them. If I get upset because one of my ideas isn’t being used, it may curb the flow of new ideas. Ultimately, I am a collaborator who is meant to be manifesting the vision of the director, so respecting that person’s vision over mine is essential.

Filmmaking is not a science.

Filmmaking is not a science, and there’s no formula to follow to get you through the thousands of little decisions involved in editing a scene. Trust your instincts.

There are five films that every editor should watch.

3. Just about any Hitchcock film, but especially North by Northwest

There is such a thing as too many close-ups.

Everything about film editing takes place in the actors’ eyes.As long as an actor gives you eyes that you can work with, you never have to cut until he tells you to–until he blinks or turns away.

Have a lot of screenings.

Show the rough cut every week or two to a bunch of people who haven’t read the script. Then listen to their feedback about what isn’t working and what isn’t clear. It may be painful to hear the critiques, but get over it. Then take all the info back to the edit room and figure out what to do. 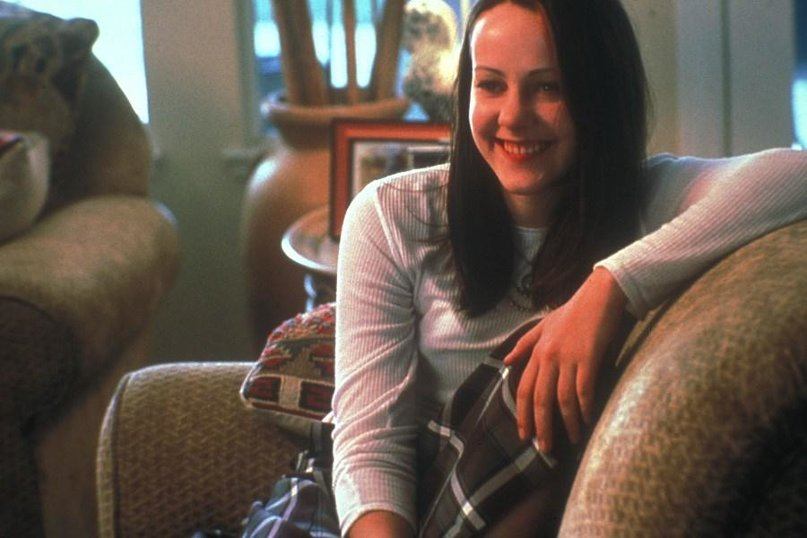 Jena Malone stars in The United States of Leland, written and directed by Matthew Ryan Hoge and edited by Jeff Betancourt. Image courtesy of Paramount Vantage.

You never know when that one thing–that one project or video or anything–is going to be the thing that catapults you. Or the one you find your voice with. Or the one where you make that connection with that director.

Every film is a challenge

Every film is a challenge, and I learn something unique from it. Whether it is some technical innovation, directional vision or political situation. The wonderful thing about having experience is that you have confronted so many challenges.

To me, what I love more than the finished film is the process of making it–even when it’s painful (and most times it is). Because it’s always an evolving process where I’m learning something, not only about the material, but about myself and my response to the material. I think it’s one of the greatest things to do.

Don’t be afraid to discount.

Charge half your normal rate but get paid in cash. You’ll practically end up with what you’d take home from a real paycheck.

Don’t read any books about film editing, especially those that theorize about mathematical possibilities and how many feet of film they had to deal with back in the 20th century. And blinking. I read one once … I’m still in therapy.

Don’t act with your eyebrows.

One of the things Marty’s always saying to me about actors is, ‘The eyebrow. Too much eyebrow.’ In other words, he doesn’t want the actor indicating something by lifting their eyebrow; he wants them to let you know what they’re feeling through their face. He wants something that’s coming internally out of the actor.

Cutting dialogue is much more difficult.

Cutting dialogue sequences is much more difficult because it’s not just cutting words: You’re cutting the emotion. You are cutting lives connecting. Attitudes, moments, emotions. And the actors have to look good; they have to be cherished and they have to be honored.

You have to get along.

The director-editor relationship is one of the hardest and most rewarding parts of the job. You have to be able to really get along with somebody. You end up spending six months in a room with someone and you end up becoming their shrink, collaborator, co-writer–you’re their everything. So you have to be able get along with that person. If that chemistry’s not there, it is not going to work.

It takes a lot of devotion.

It takes a lot of devotion and love to make a film, and it is hard work. It just becomes more fun if you love what you’re working on and you enjoy the people you’re spending those long hours with.

An audience will forgive you.

If an actor gives you a moment that’s really striking or wonderful, you have to try to use it. It doesn’t matter if the resulting cut will be terrible; people go to the movies for those great moments, and nobody will care if the head turn doesn’t match.

Life is too short.

One piece of advice I give to people of both sexes in this business is don’t let anyone abuse you–life is too short.

You have to have the courage of your convictions.

When you’re editing you have to make thousands of decisions every day and if you dither over them all the time, you’ll never get anything done.