‘Not Just the Arrogant Crazy Director’: Joanna Hogg on Richard Ayoade in The Souvenir Part II 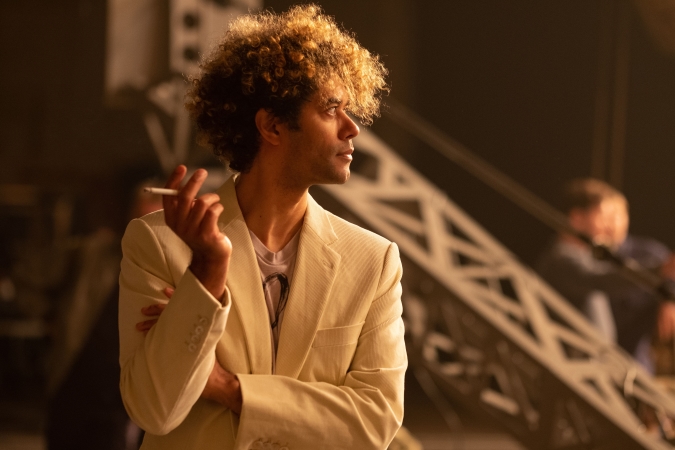 Richard Ayoade popped up in a brief role in 2019’s The Souvenir — and writer-director Joanna Hogg says it was always her intention to expand his role in her follow-up, The Souvenir Part II.

In both films, Ayoade plays Patrick, a highly opinionated yet visionary director who delivers delicious zinger after zinger to anyone in his path. He’s undeniably a bully at times, but it’s hard not to be totally transfixed by Ayoade’s performance.

The Souvenir is a loosely autobiographical film, but Richard’s Patrick was less of an individual figure from Hogg’s past and more of an amalgamation of a certain type of director from that period.

“We looked at a lot of interviews with directors, particularly from that point in time, in the ’80s,” Hogg tells MovieMaker. “Not just British directors. There’s a French director we were looking at, and an American one.”

However, Hogg isn’t interested in putting these specific reference points on blast.

“I’m not going to name names, because they’re all around now,” she says.

The directors they looked at had “particularly strong visions, and maybe a sort of certain arrogance,” Hogg says — and what stood out to her was this notion of “the director as a performer.”

Both a performer and a writer-director himself, Ayoade was well-suited to encapsulate the spirit of the type of director whose strong artistic vision is only matched by their hubris.

Ayoade’s breakthrough role was in the British sitcom The IT Crowd, which ran for four seasons from 2006-2010. His directorial credits include the features Submarine and The Double, the latter of which is a Dostoyevsky adaptation starring Jesse Eisenberg and Mia Wasikowska. 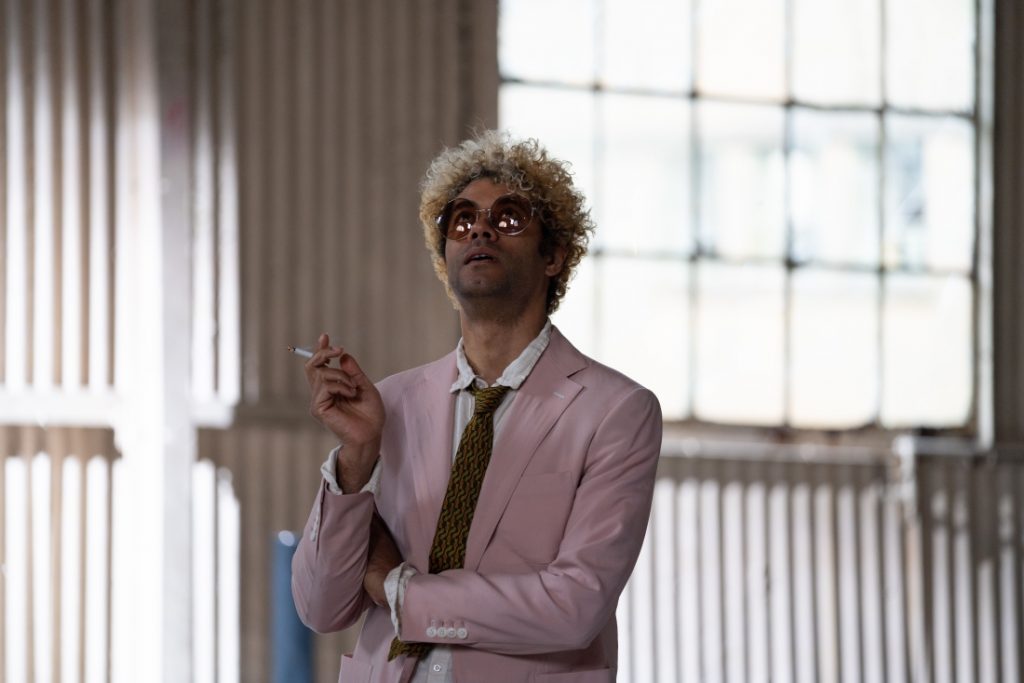 Richard Ayoade is Patrick, a visionary director figure in The Souvenir Part II, from writer-director Joanna Hogg. Courtesy of A24

It was important to both Hogg and Ayoade that his role not be a straightforward parody. And to that end, Hogg says, “Some of the interviews we looked at, I think the directors really believe in what they’re saying and what they’re trying to do.”

“It felt sometimes watching these that there is a kind of enjoyment in shocking the person they’re talking to, or bringing a bit of punk to the role of director,” she adds.

At a key point in The Souvenir Part II, Patrick makes time to briefly give the lead character of Julie (Honor Byrne Swinton) an important artistic note to “avoid the temptation to be obvious.”

“What I like about Patrick is that he’s not just the arrogant crazy director,” she continues.  “He actually does have something to say and something to contribute to what Julie is doing, even if he’s not that interested in what other people are creating.”

“He’s more interested in what he’s creating. But particularly in that last scene, there is something generous and human about the way that he helps her move on in a way.”

Why John Ridley Doesn’t Explain Time Travel in Needle in a Timestack
The Beta Test: Inside the Secretly Sad Lives of Struggling Hollywood Agents