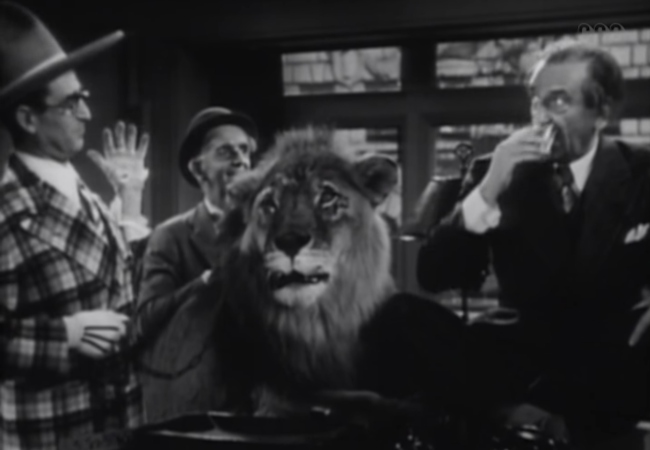 What does Todd Phillips’ 2009 hit comedy The Hangover have in common with The Sin of Harold Diddlebock, a 1947 movie about a man’s wild night out that ended the career of silent film star Harold Lloyd?

On the latest episode of The Industry podcast, host Dan Delgado delves into the history of The Sin of Harold Diddlebock, an ill-fated picture written and directed by Preston Sturges that saw the end of a short-lived business partnership between Lloyd and billionaire philanthropist Howard Hughes.

It also shares some striking similarities with The Hangover. You can listen to this episode of The Industry podcast on Spotify, Apple, or above.

The Sin of Harold Diddlebock was produced by both Hughes and Sturges through their production banner California Pictures, which they formed together in 1944. But the movie would bring about the end of their friendship and business partnership when they realized they couldn’t see eye-to-eye about its comedic tone.

After its premiere in 1947, Hughes pulled it from release and decided to make several edits and re-shoot some scenes, re-releasing a new version in 1950 with the title Mad Wednesday. It flopped. Lloyd never made another movie, marking the end of a long and mostly successful career which included dozens of popular silent films and “talkies” from as far back as 1913.

Also Read: How We Shot Edge of the World Amid Jungle, Floods and Crocodiles

Tom Sturges, the son of director Preston Sturges, said the first time he saw The Hangover he was immediately struck by all it had in common with Diddlebock.

“A brilliant film. Hilarious. But if you look deep into its DNA, you go, ‘Wow, this is so similar.’ Harold Lloyd wakes up to a lion, and he bought a circus — tell me two other movies where a guy wakes up with a lion in the next room or a tiger,” Sturges said. “It doesn’t happen… those are the only two. So, when I saw The Hangover and I loved it and laughed my ass off, I went, ‘This is the hidden twin sister of The Sin of Harold Diddlebock.”

Delgado spelled out all the similarities between the two films.

“While they are definitely very different pictures, in The Hangover, three guys get presumably blackout drunk and wake up in a Las Vegas hotel with a tiger in it, having no memory of the previous night, and have to retrace their steps in order to find their missing friend. Oh, and in the process, one of them discovers that he got married,” Delgado said. “In Diddlebock, Harold gets blackout drunk and wakes up with a lion in his house, having no memory of the previous night. He deals with the consequences of his drunken behavior, which includes a circus that he bought. Oh, and in the process, he also discovers that he got married.”

Reps for the writers of the first Hangover movie did not immediately respond to MovieMaker‘s request for comment about whether Diddlebock was an influence.