How We Shot Edge of the World Amid Jungle, Floods and Crocodiles 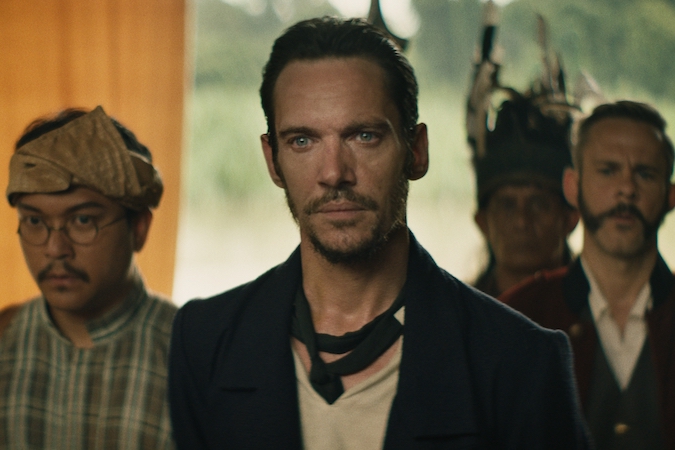 Michael Haussman is a writer, director and artist living in Rome, Italy. His movies have premiered in Cannes, Sundance, Venice, and Berlin film festivals. He has directed music videos for artists including Madonna, Justin Timberlake, winning six MTV Video Music Awards and the Museum of Modern Art award. In this piece, he writes about the “truly hard” experience of making Edge of The World, the story of James Brooke (played by Jonathan Rhys Meyers), an Englishman who arrived in Borneo in 1843 as a conservationist and became a defender of the people against corrupt princes, pirates, and his own country — eventually becoming the Rajah (King) of Borneo. He is the inspiration behind The Man Who Would be King, Heart of Darkness and Lord Jim.

A good friend and fellow adventurer, Chris Leoni, once asked me, “Have you ever done anything ‘truly hard’ in your life?” He and I had taken extreme risks most our lives, but before giving a knee-jerk reply, I asked him to qualify what he meant, and he said, “I mean truly — life threatening, sheer willpower, survival — hard.” After a moment of contemplation, I did not answer. Three years later, I went to Borneo to direct Edge of The World.

It seems most films that dive deep into the jungle to capture a certain authenticity or unexplained truth, from Fitzcarraldo to Apocalypse Now, come back with equally epic, nail-biting, “making of” stories. Edge of The World is no different. I set out to film a personal, gritty real account of how James Brooke became Rajah of Borneo. I drew a parallel between his life and that of Che Guevara. Where Che set down his doctor’s bag to free a foreign country, Brooke set aside his role as conservationist to fight for a foreign country against his own country, Great Britain.

But it was how Brooke adapted to the Borneo jungle as a visitor, not an intruder, that influenced my philosophy on making the film. We would set out, like Brooke, to adapt to this majestic jungle and go with its customs, flows and ways, not force our Western habits and ideals on the filmmaking process. What I came back with was a dirty, sweaty, slightly insane period piece.

Movies are not shot in Borneo, so everything, down to the smallest scale, must be imported and created in the jungle. It is hard enough just to survive in this constantly growing and strangling environment, let alone make a movie, complete with 1840’s costumes, sets, towns and forts — erected along crocodile-filled rivers. We were in deep, and had brought in many Iban tribe members from Kalimantan — where headhunting still exists — to act as extras in the film.

A scene from Edge of the World, directed by Michael Haussman

The jungle is a living creature. Its arteries and veins are the rivers and inlets. The only boats in Sarawak jungle are thin canoes, carved from tree trunks for river travel. They are too flimsy for filming or equipment, so we constructed all of our boats.

In order to save the confusion of translating to a boat driver, who had never seen a film camera, where to place our camera boat in relationship to the actors’ boat, I decided to drive the camera boat myself, thereby becoming the grip. I developed a boat with a camera mounted in front, on a makeshift crane, and a monitor mounted in front of me, so I could watch the performances while driving the outboard engine. Our unflappable, gifted director of photography, Jamie Fleurs, decided that to avoid communication errors, the grip (me) should be called by my middle name, Richard, and that the director (me) should be called by my first name, Michael. It was truly a single, focused job for Richard to navigate the camera boat, and another job for Michael to direct the actors.

What looks like a slow, lazy, idyllic river is not. Once you’re on a boat, you find the currents are thick and strong, demanding your full attention to keep the boat on course and from capsizing. Capsizing is not an option, because of the crocodiles. Plus, we had the monsoons, which would erupt in the distant highlands and cause sudden flash floods. They sometimes raised the level of the river 20 feet, washing away sets that took months to build, and uprooting rainforest-sized-trees. These trees would then wash down at us like enormous charging lances.

At times, Jaime, the actors and the crew would shout at Richard to avoid the onslaught of debris rushing toward us, and then politely ask Michael if this was the correct camera position. We pulled it off through a series of hairy, funny, and at times, heartbreaking episodes. Although, I have to say, when I found myself, Michael, shouting directions to myself, Richard, I knew I had been in Brooke’s jungle too long.

In the end scene, when Jonathan Rhys Meyers delivers the pivotal lines of the film, unseen by the camera, he is standing in ankle-deep water and his boat is sinking fast into the crocodile-infested waters. But by this point, such things seemed normal, as our camera barge was also taking on water and sinking faster. By the end of the movie, the river had swallowed all of our boats. 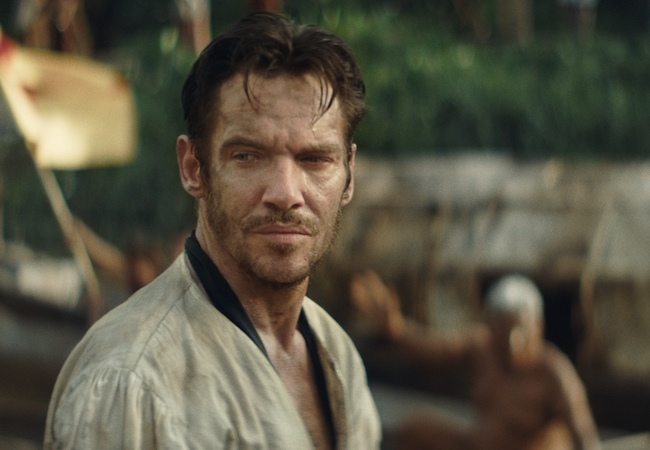 Jonathan Rhys Meyers in Edge of the World, directed by Michael Haussman — aka Richard.

Many of the crew did not make it until the end, falling victim to the perils of the jungle:  broken bones, dengue fever and being driven insane. As the new, eager, bright-eyed replacements arrived, it was only a matter of days before their eyes would change.  The mantra of taking it “day by day” soon became “scene by scene,” and by the end it was “shot by shot.”

But this is not a story of loss and hardship. It is a story of will power and how all these impossible, insane events and life-threatening tasks resulted in unimaginable and spontaneous moments of epic beauty. Performances were made raw, hard and real by this unconquerable, fierce jungle. Yes, there is a truth and authenticity to using the real jungle, but it comes with a price and demand for respect. In the end, the  jungle was our friend and our enemy. We learned to live and work in it, and walked away with life-changing experiences that could never be repeated or cheated anywhere on the planet.

I don’t think I truly knew what we had until I watched the material out of the context of being in the jungle, when I was back in the environment of the Western World. That was when I understood how great “truly hard” can be.

Edge of the World, directed by Michael Haussman, is now available for purchase on all digital video-on-demand platforms including iTunes, Amazon, Vudu and Roku.